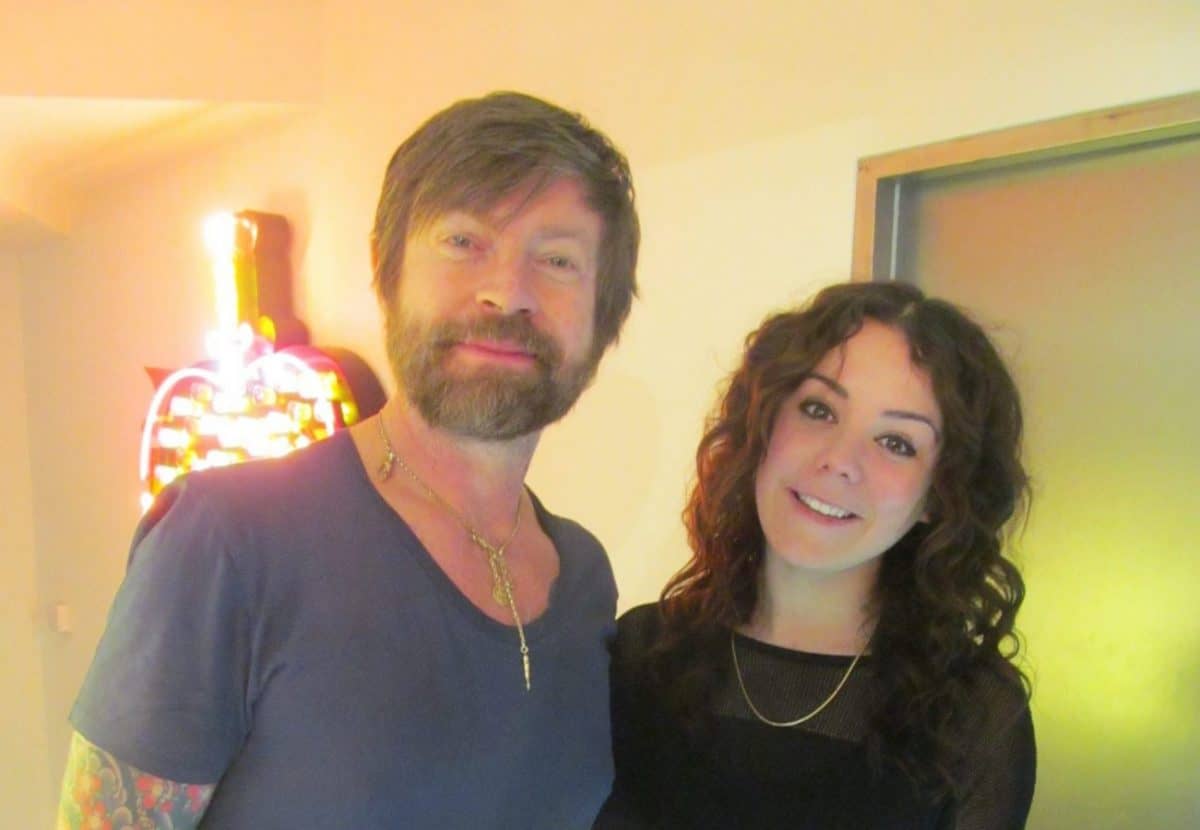 Over the last eight years I have veered between two hairstyles: overly-straightened, and a Russell Brand bird nest.

Despite many a woman telling me they ‘would kill for curly hair’ all my life, I’ve yet to embrace my curls. Mainly because I haven’t got a clue what to do with them.

But, sitting in Lee Stafford’s apartment as he flexed his fingers through my spirals, I sensed I was about to be made to embrace them.

“Do you tong it?” he asked, excitedly.

But before he’d even finished the sentence Lee was spritzing away at my head with his own brand of ‘Poker-straight’ heat-defence spray.

He whipped out a Lee Stafford Long Tong – not a euphemism, just a gigantic curling wand – and plucked a strand from my head to twirl around it.

“You don’t need to do the whole head,” he explained. “Just pick random sections and tong them – tonging gives volume, but also glossiness, which is hard to get with curly hair.”

And as he unravelled the strand from the Long Tong I could see he was right: one perfectly formed, shiny curl, hanging there like a gleaming miracle.

Suddenly, it seemed the unruly frizz I’d always thought was my nemesis might turn out to be my ally.

But first, Lee wanted to add some shape to my hair with one of his stock cuts called ‘the squeeze’.

“The idea is to cut two or three inches off the length, then we’ll cut in some shorter layers – maybe three inches long – on top, too,” he insisted.

Now up until then I had trusted the man –  but the words ‘short layers’ gave me the sweats. Short curls notoriously do not tumble gracefully downwards, they pop outwards and upwards, like an overzealous halo.

But Lee assured me this is the way to inject shape into a curly mane “and avoid a mushroom shape”.

So he combed it through with his ‘Breaking Hair’ detangling spray and started snipping.

He left the bottom half of my hair about three inches past my shoulders and gave me a centre parting to make my face look more symmetrical before trimming the extra-short layers into the top.

Lee misted my head liberally with the Poker-straight spray, and then the next thing I knew he was dangling what seemed to be a sock in front of my face.

“This is your new best friend,” he informed me. “It’s a Lee Stafford diffuser.”

Attaching a diffuser to a hairdryer when blow-drying curls means that – rather than batting the hair about and creating more frizz – you get all the heat and none of the movement.

Lee rubbed a small blob of Here Come the Curls serum through my locks, to make the curls look natural, bouncy and soft.

And a quick word about these products: they smelled so fruity and fresh that I felt like I was doing a public service for every person who came within a metre of my head for the rest of that day day.

The Lee returned to the tong to put the finishing touches to my new do.

“The trick is to angle the wand away from your skull,” he explained as he pulled sections of hair and wound them into perfect curls in seconds.

“Avoid tonging right up to the root – start halfway down the hair.”

Several minutes of tonging later and the do was done.

For the first time the curls looked shiny and healthy, and almost twice as full with the new layers.

And Lee had barely used any products, meaning it looked light and springy, rather than greasy.

Turns out that all it takes to embrace the curls is a few mini layers and a decent long tong.