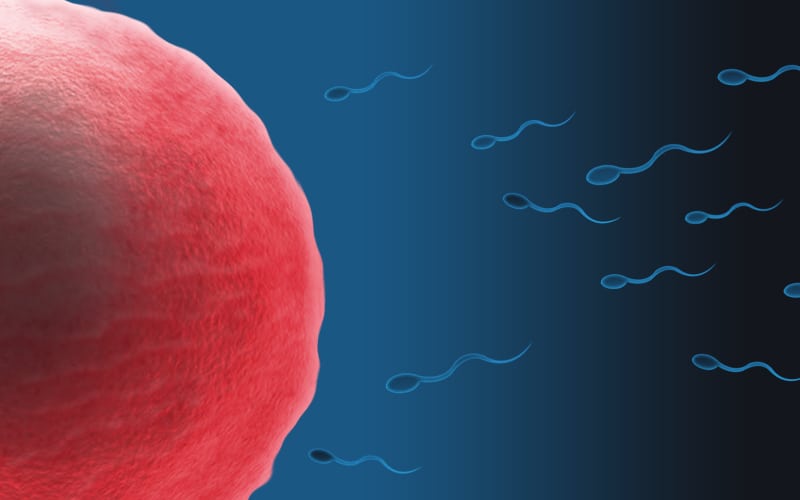 A ‘Sperm Olympics’ has been developed to help choose the healthiest ones for IVF treatment.

They say their microchip device that pits sperm racing against one another is faster, cheaper and less damaging to DNA than present methods.

Afrouz Ataei, of Florida Atlantic University, is due to present the fitness statistics on the sperm sorted by her device at the American Physical Society meeting in Boston.

The PhD student said: “An integral part of in vitro clinical procedures is the isolation of motile and morphologically normal viable sperm from the semen.”

She explained that this step increases the chances of successful egg fertilisation in plastic dishes outside the body.

However, the conventional method used to sort the speediest sperm involves centrifugation and several high-speed, G-force inducing spinning steps, which can damage the delicate DNA encased within a sperm’s head.

And an egg fertilised with sperm damaged in that way is unlikely to progress to a viable embryo for implantation into the womb.

In women under 35 there is only a 21.5 per cent chance of a single round of in vitro fertilisation (IVF), resulting in a full-term live birth.

And with each round of IVF costing thousands of pounds, its makes improving the odds of IVF success key for the financial and emotional well-being of many of the couples who experience fertility problems.

Instead, her device exploits the observation that sperm swim against an opposing flow of liquid at certain flow rates.

The microchip is designed to induce hydrostatic pressure, which generates liquid flow without the use of other equipment.

Ms Ataei said: “No other devices generate the flow in this way, and our device is much easier to use.”

An unprocessed semen sample is injected into the chip’s inlet until it fills the lower micro-chamber, and the sperm gradually swim upstream against the flow.

If fit and fast enough, the sperm make it past the ultrathin membrane filter, which acts as the finish line, and into the top chamber.

She said: “After 45 minutes we collect the sample from the top retrieval chamber and start observing and analysing the sperm’s velocity, whether they have DNA fragmentation, and what’s the percentage of this compared with current methods like centrifugation.

“We found that at a specific flow rate, we get the most motile sperm with highest motility.”

She added: “I think this device has potential for clinical use.”

The research team hope to increase the concentration of sperm collected in the top chamber before they file a patent on their design.