I just signed up for my second half marathon of the year. Am I insane? Quite possibly. Let me talk you a little bit through my first half marathon – of this year and of my life – which I completed in the relatively decent time of 2.07.56 in February. Enjoy this journey through my […]

by Charlotte Hope
in Health, Lifestyle 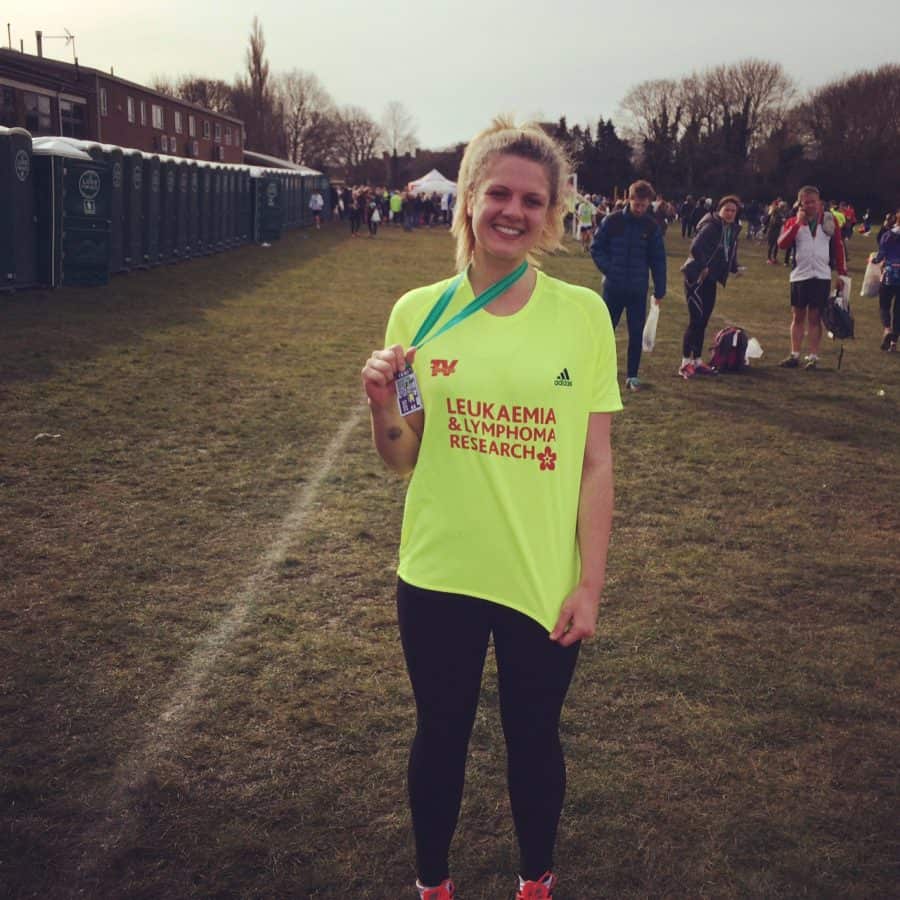 I just signed up for my second half marathon of the year. Am I insane? Quite possibly. Let me talk you a little bit through my first half marathon – of this year and of my life – which I completed in the relatively decent time of 2.07.56 in February. Enjoy this journey through my thoughts and feelings as I ran (and did not stop running) for over two hours.

So there’s a lot of people here but my chip doesn’t start timing me until I’m over the start line, which is fine. I’m aiming to keep up with the 2hr10 marker woman, who is a bit ahead of me, so I have to make up some ground. She’s got quite a few people around her though, so by mile 3 I’m ahead of her. Good, good. Keep going.

Finding myself with a good pace. Pleased with the Spotify playlist I made for myself the week before, it’s keeping me at a good level. At Mile 5 there’s a water station – I slow down to take a plastic cup and see a woman slip on the water as she goes to get some and crack her jaw on the pavement. She’s broken a tooth. There’s nothing I can do – I am not a dentist; I keep running.

The route is pretty but by Mile 7 I’m flagging. It’s at this point I remember that my friend told me to put some Wine Gums in my pocket. I take a couple out and chew them in my increasingly dry mouth. They don’t make my mouth feel good, but they keep me going. At Mile 9, Anaconda by Nicki Minaj comes on. I run faster.

I’m on the home stretch now. I don’t need to worry too much – there’s only a few more miles to go, my playlist has way more songs on it and I’ve still got a couple of Wine Gums. Mile 11 turns out to be some sort of appalling mud bath. I slow significantly and pass a man receiving medical attention. There’s nothing I can do; I keep running.

Mile 12 to the Finish

Ignoring the deep pains in my feet, I cross the finish line just after the 2hr10 marker woman. I spot my friend Kate in the crowd and run faster – she gets some embarrassing pictures of me fist pumping mid-air. I receive my medal (my first proper medal) and some coconut water and chocolate. I break lent and eat the chocolate.

So this was the hard part. I was insanely elated having crossed the finish line and done the half marathon so the adrenaline was pretty much on my side at that point. My feet were blistered up pretty badly from, I’m told, my legs getting tired and the pressure moving to the inside of my foot. Like, I had a foot sized blister. When I got back to Waterloo station, alone, I was openly groaning as I walked. I’m sure I looked completely fine and normal. I made my way to my friend’s flat – we were going to have a celebration lunch – and within an hour I couldn’t move because my diaphragm had gone into some sort of cramp. Did you even know they could do that? It 100% shouldn’t be allowed. Apparently it’s a thing that happens to many runners in the case of not breathing properly throughout the long distance run. Nobody mentioned that to me. I was in pain for about 4 hours, which was only alleviated when I took some Ibuprofen and fell asleep for an hour. My friend did a lot of ironing. I was stellar company that day.

So why again? Why in God’s NAME do I want to do that again?! Well, I suppose I’m banking on the aftermath being slightly different this time, primarily. I’ve also developed some sort of sick competition with myself and want to better my time. But mostly, it’s about feeling good. It’s relatively well known now that exercise increases hormones that positively effects a person’s mood, and so exercising outdoors, with a goal – at least for me – has left me a happier and healthier person.

Is running your bag? Would you be tempted by a major long distance run? If not – what’s your sport of choice?