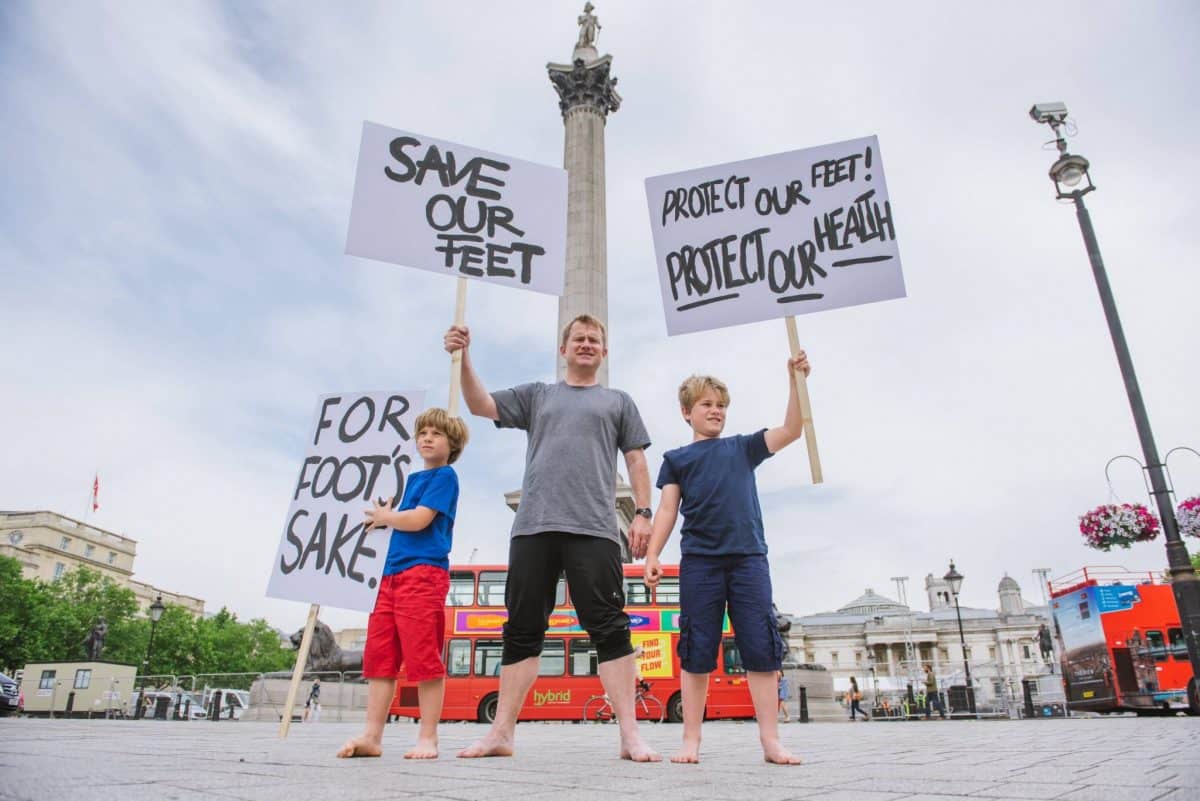 Save Our Feet Campaign

Millions of children’s feet are being damaged by ill-fitting shoes according to barefoot shoes pioneer Vivobarefoot. Supported by medical professionals and parents, the shoe brand is launching a campaign to raise awareness of the dangers of conventional footwear design on a child’s natural foot development.

Until the age of ten, the bones in a child’s foot are soft and in a matter of weeks their foot development can be compromised simply by wearing poorly-fitting shoes. The problem is that conventionally-designed cushioned shoes force a child’s foot into a tapered shape which does not mirror the natural shape of the foot. In turn this prevents the foot from splaying, limits toe mobility and weakens the foot.

Galahad Clark, founder of Vivobarefoot, believes a revolution in shoe design is needed:

‘Our kids’ feet are being physically deformed by the shoes they wear – resulting in a national crisis – and the footwear industry has turned a blind eye to the damage being done for too long now. The mainstream footwear industry has sold parents a lie and their failure to come clean about the dangers is becoming a public health issue. We want to educate and empower parents to protect the feet of their children and put them on a path of healthy natural development.’

Vivobarefoot’s campaign calls for footwear that does not meet the standards required to avoid damage to feet to carry a formal warning and they have launched a petition to garner support.

Dr Mick Wilkinson, Senior Lecturer in the Department of Sport and Exercise at Northumbria University commented; ‘Countless academic studies such as “Effect of children’s shoes on gait: a systematic review and meta-analysis” have shown that the narrow, inflexible design of conventional footwear does not respect the structure or function of children’s feet. This shower of undeniable evidence illustrates the detrimental effect of children’s shoes on walking and running mechanics, as well as foot and ankle function. I fully support Vivobarefoot’s challenge to footwear manufacturers to inform parents of the dangers to their children’s wellbeing.’

To make sure your child’s foot is properly supported, follow these tips when choosing shoes: