A firm which makes the world-famous Blackpool rock is celebrating nearly a century in business – using the same recipe for the sugary confection. Coronation Rock Factory is celebrating their landmark 91st anniversary today (Mon) after producing its world-famous hard candy cane. The business, based in the northern seaside town of Blackpool, Lancs., has been […] 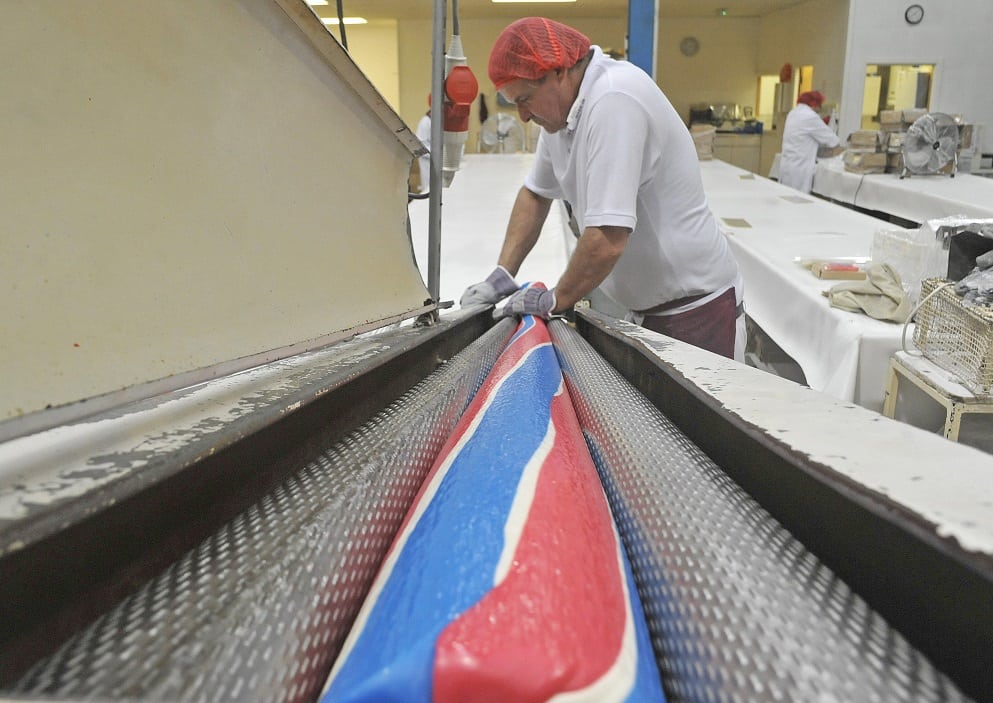 A firm which makes the world-famous Blackpool rock is celebrating nearly a century in business – using the same recipe for the sugary confection.

The business, based in the northern seaside town of Blackpool, Lancs., has been making rock in its huge factory in Lancashire since 1927.

With hundreds of different flavours and colours of the confectionery, the sweet became a cornerstone of a seaside visit – and is sold across the Globe.

The factory has the capacity to create over 100,000 sticks of rock candy per day, but also produces hard-boiled rock cut-offs called ‘swirls’ and rock lollies. 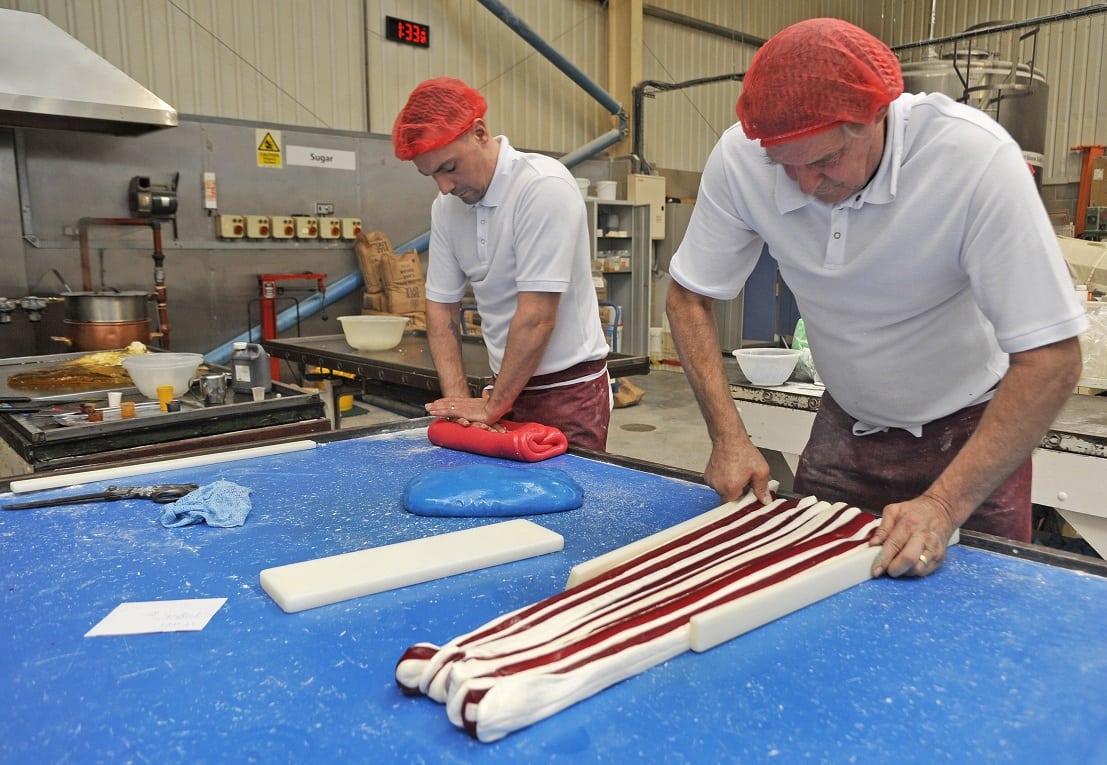 They are then transported to seaside towns around the coasts of Britain – and even on the continent in Spain.

Coronation Rock Managing Director Ian Atkinson said: “We supply rock all over the country and in Spain there is a big chance that it is made from our factory.

“There is no secret ingredient, we use glucose, cane sugar and water a mixture and we add the flavours after that.

“The traditional peppermint flavoured rock is the nation’s favourite.

“However, in recent years we have produced Marmite, cheese and tomato pizza and alcoholic ones, like the gin and elder-flower which are popular ones.” 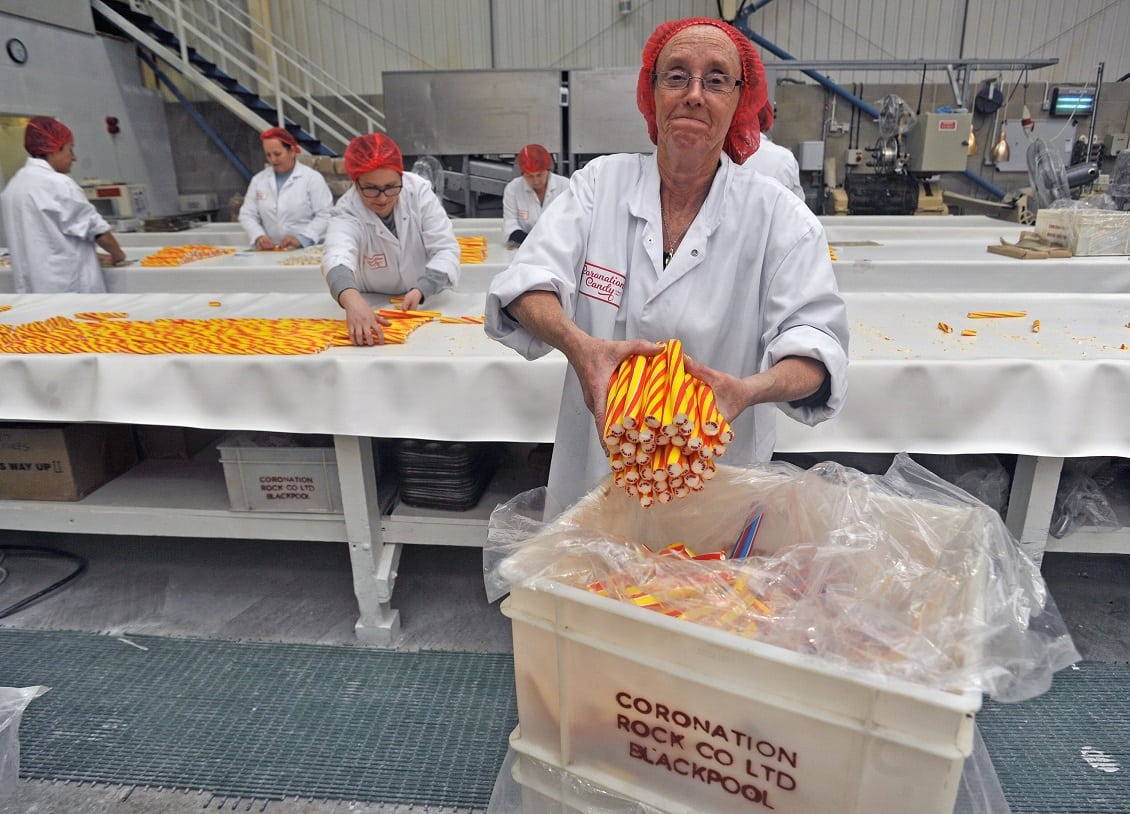 A version of the first boiled sweet recipe is believed to have been sold at British fairgrounds in the early 19th century and was originally known as ‘Fair Rock’.

However, it quickly developed into ‘Seaside Rock’ decades later as vibrant colours and different flavours were used.

Small lettering was then added to the middle of each piece of candy as a personalised touch.

Rock is made up of three parts of granulated sugar to one part of glucose syrup, mixed together in a large copper pan of water. 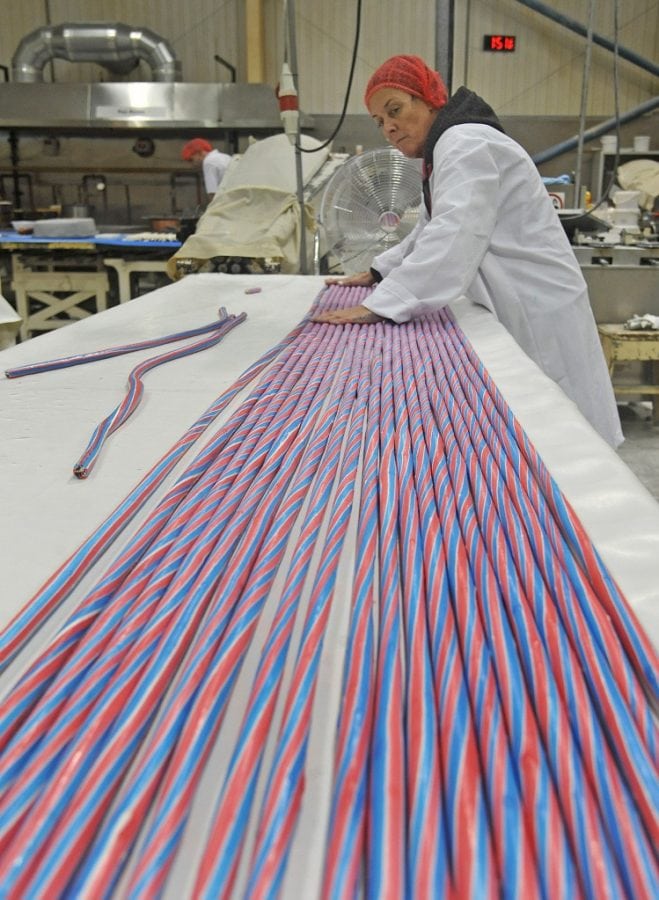 The art of adding the lettering throughout the middle of each stick is extremely difficult and can take years to master for the sweet makers.

Experts start the process through a weaving technique by rolling out large letters together which produces long lengths of rock.