A pet owner was stunned after her parrot managed to shop online using Amazon’s Alexa voice recognition software. Corienne Pretorius, 39, was baffled after a £10 order for gift boxes, which she had not ordered, arrived at her house. The bemused mum-of-one questioned husband Jan, 45, a civil engineer, and son Jaden, eight, but quickly […] 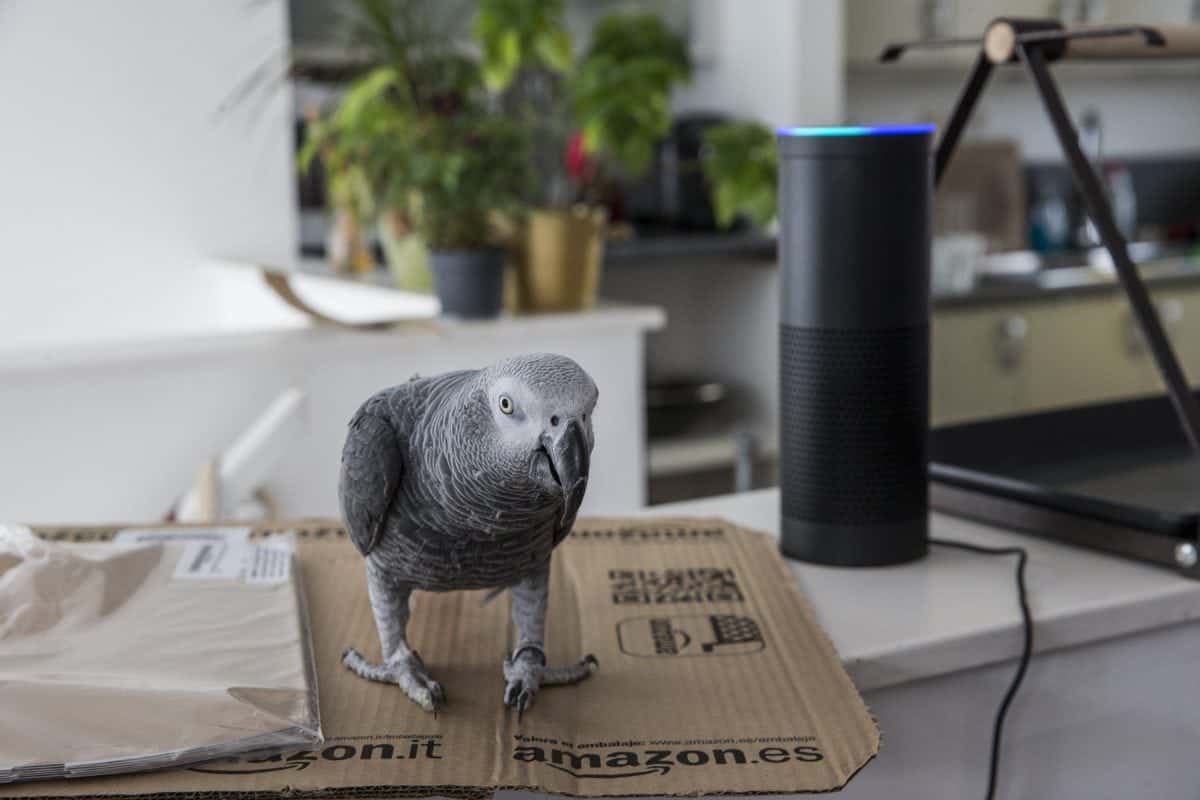 Corienne Pretorius, 39, was baffled after a £10 order for gift boxes, which she had not ordered, arrived at her house.

Corienne, from Greenwich, south east London, says the cheeky bird mimics her voice, and must have activated the smart device to place the strange order.

She said: “I couldn’t believe it when I realised that it was Buddy who had used Alexa to make an Amazon order.

“None of us even knew how to use her for that.

“We’ve had the Echo for about four months and I use it to play music or make to do lists but I’ve never ordered anything online.

“On Sunday we had popped out of the house for a couple of hours, but when I came home, I could hear Buddy talking but couldn’t quite make out what he was saying.

“Then I heard Alexa say ‘sorry I didn’t quite get that. Buddy then said ‘Alexa’ and some gibberish, and she replied ‘What is it you want to order?’ 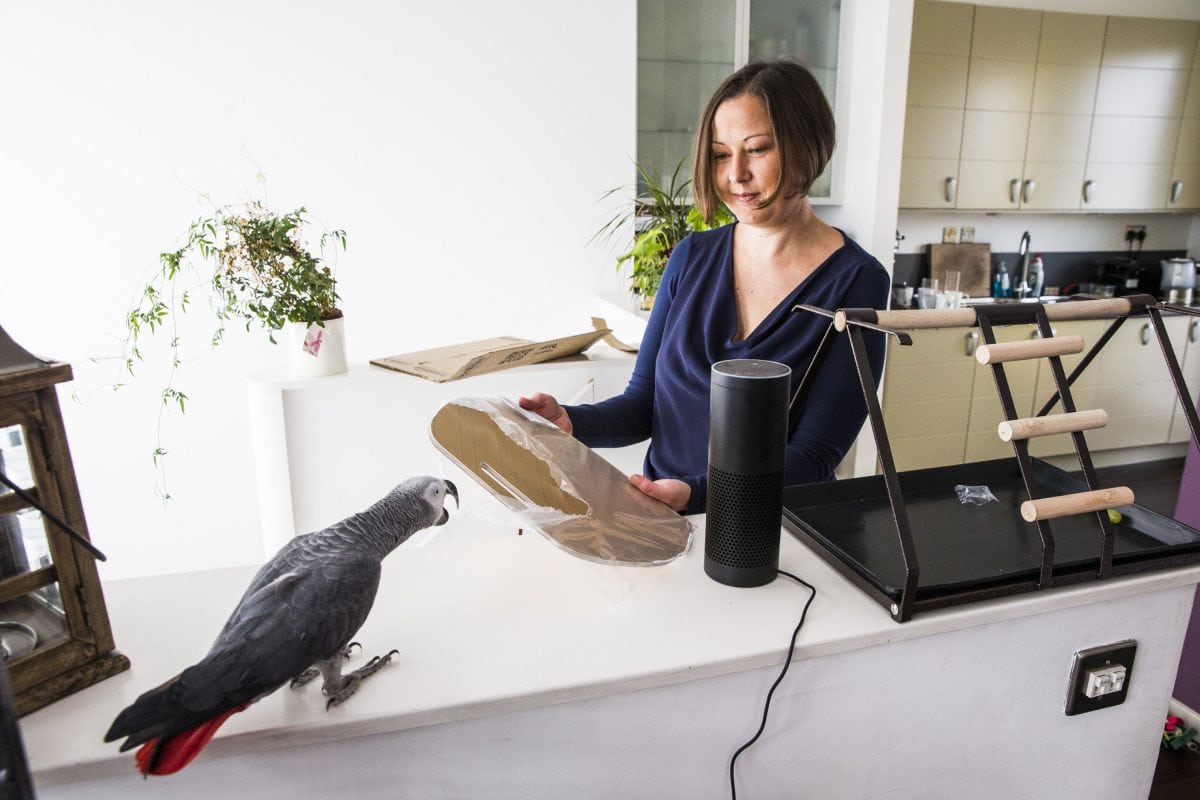 “I didn’t hear what happened after that and didn’t think anything of it until I was working on my computer and got a notification that my Amazon order had been placed.

“I hadn’t ordered anything and couldn’t figure out what had been ordered.

“I asked my husband and my son who didn’t know what I was talking about so then I asked Alexa: ‘what was my last order?’ and she said it was these golden gift boxes.

“I laughed out loud because I knew then and there that it must have been Buddy.”

Corienne, who runs a cake decorating business, was given the £150 smart speaker by her dad, who couldn’t make it work.

The device allows users to connect to Amazon’s shopping hub, and can also be used to control household utilities and order takeaways.

Corienne, who is originally from South Africa, bought Buddy, four, on a whim in 2013, and says he has always mimicked her when she is out of the room. 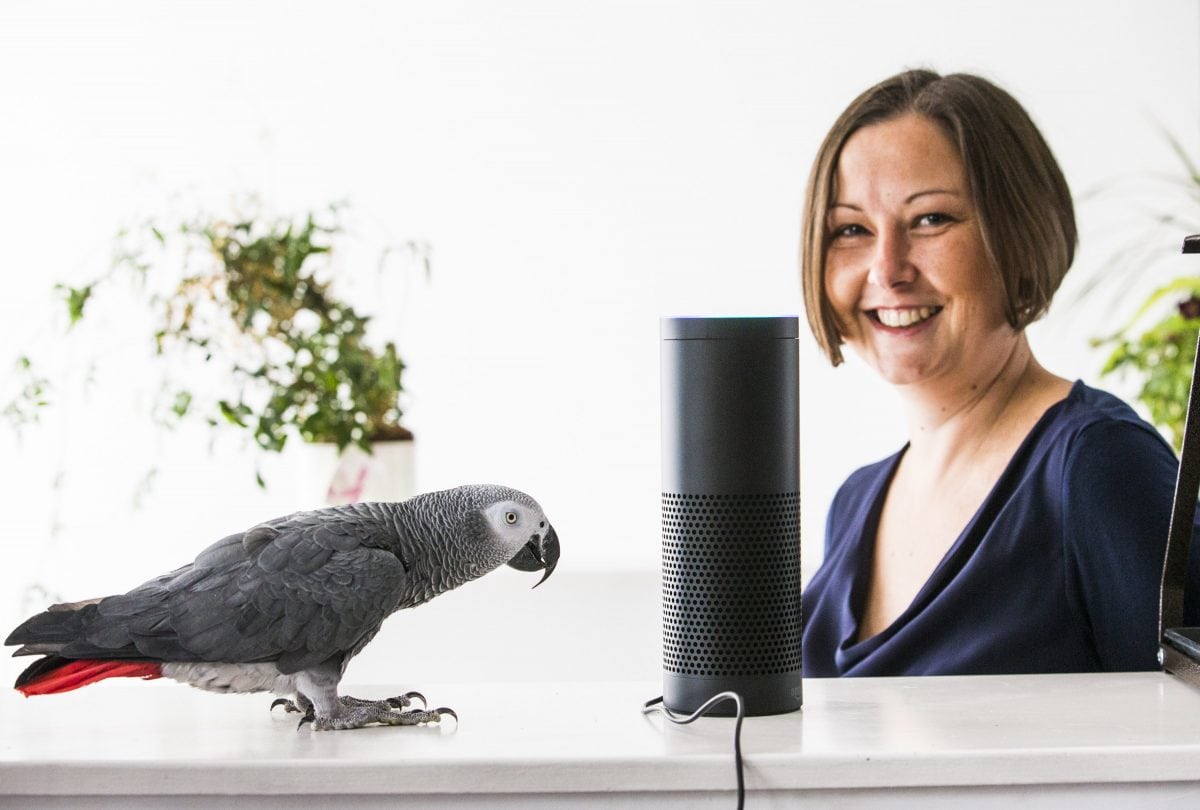 She added: “Buddy talks a lot, but never when he can see me.

“If I’m in the room, he won’t say anything because he’s listening and then when I leave he talks in my voice.

“He is hilarious – we have a cat and he mimics the cat too, he’s such an attention seeker.

“With me, he never speaks when I’m in the room because he is listening intently and trying to pick up what I have to say.

“At the moment his favourite word is Alexa, but he also likes to say ‘hi buddy’ and makes squeaky noises.

“He started making his bizarre squeaking noise, and it was only when I opened the fridge and it made the same noise that I realise that he was mimicking the door of the fridge opening.

“We couldn’t stop laughing about that for ages.

“He is so much fun, every morning we wake up and he’s such a joy to be around.

“He also swears in Afrikaans which I didn’t realise I did until I heard him doing it too.” 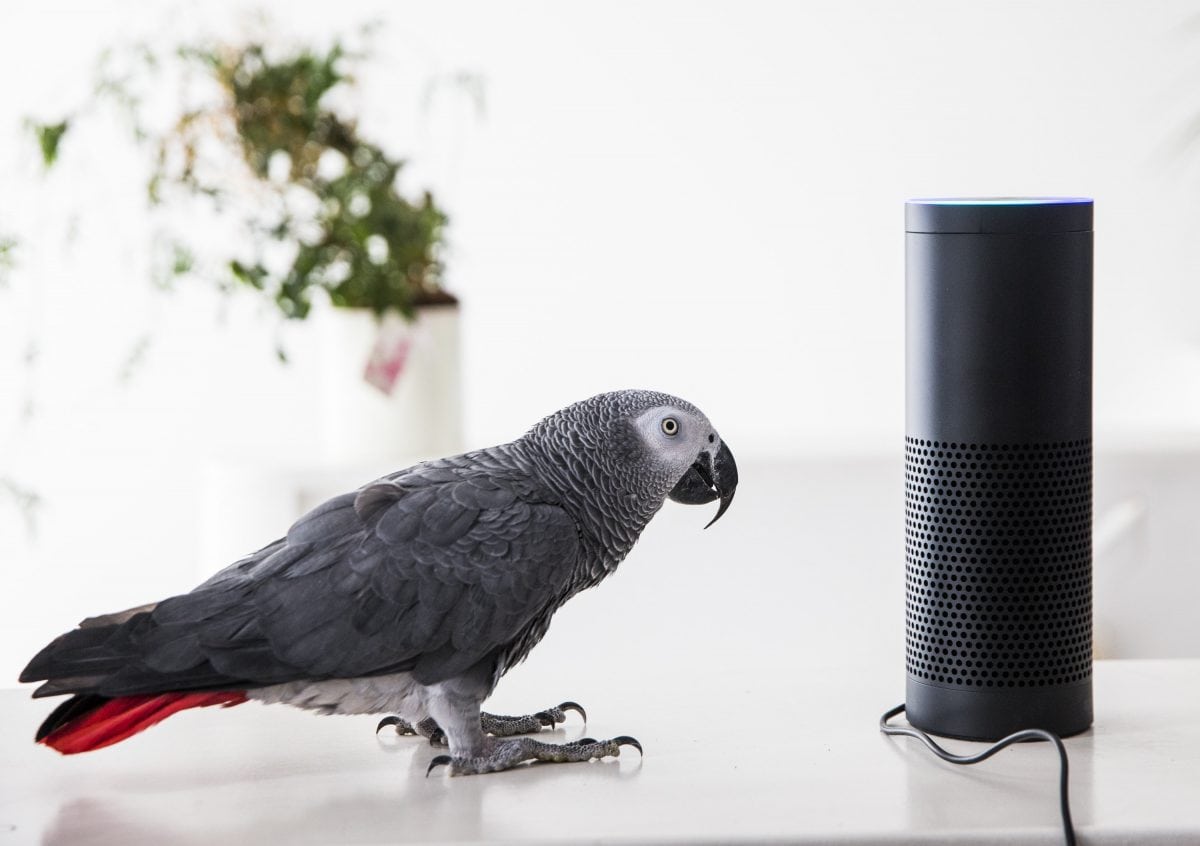 An Amazon spokesman said customers using Alexa are asked to confirm a purchase by saying yes.

He added: “You can also manage your shopping settings in the Alexa app, such as turning off voice purchasing or requiring a confirmation code before every order.

“Additionally, orders placed with Alexa for physical products are eligible for free returns.”