Controversial drug Tramadol is deemed historically 'safer' than other morphine based drugs, the medical versions of heroin 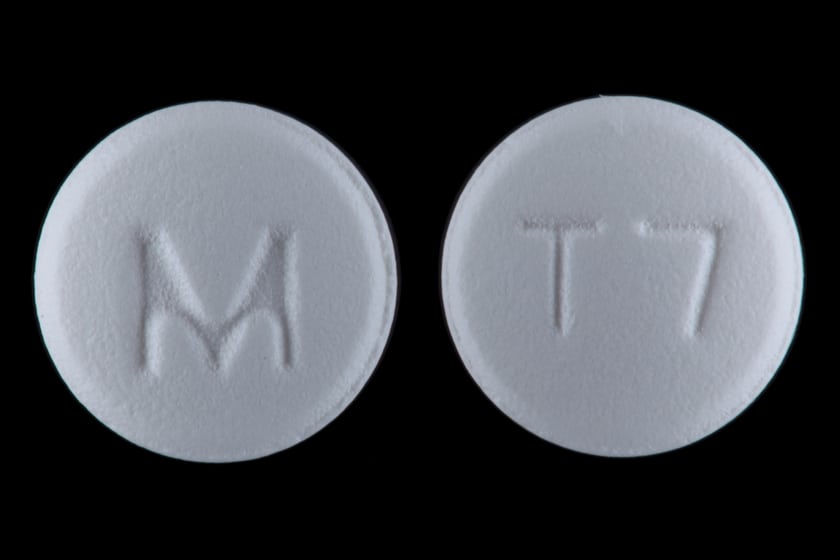 Patients are getting hooked on a powerful painkiller prescribed after surgery, warns a new study.

Controversial drug Tramadol is deemed historically ‘safer’ than other morphine based drugs, the medical versions of heroin.

But it is the most likely to result in prolonged use, US scientists have warned following new research.

Study lead author Dr Cornelius Thiels, a general surgeon at the Mayo Clinic in Minnesota, said: “This data will force us to reevaluate our post surgical prescribing guidelines.

“And while Tramadol may still be an acceptable option for some patients, our data suggests we should be as cautious with Tramadol as we are with other short-acting opioids.”

Earlier this year former England footballer Tony Adams claimed hundreds of rugby players are getting addicted to Tramadol and buying pills from the internet.

The Drug Enforcement Administration (DEA) in the US classifies Tramadol as a Schedule IV controlled substance.

This means it is considered to have a lower risk of abuse than Schedule II opioids such as oxycodone and hydrocodone.

The study, published in The BMJ, analysed the health records of more than 444,000 Americans held on a Mayo Clinic database who underwent 20 common surgeries from 2009 to 2018.

It found 357,884 filled in a prescription for opioids of whom one in 14 (seven per cent) continued until at least 90 to 180 days afterwards – defined as “additional use”.

What is more, one in a hundred (one per cent) were doing so 180 to 270 days later, which was described as “persistent use”.

Meanwhile, one in two hundred (0.5 per cent) had 10 or more prescriptions or 120 or more days’ supply – which the team said was “long-term use”.

And Tramadol was the most prevalent drug for patients in all three groups, said the researchers.

Senior author Dr Molly Jeffery, scientific director of research for the Mayo Clinic Division of Emergency Medicine, said: “We found people who got Tramadol were just as likely as people who got hydrocodone or oxycodone to continue using opioids past the point where their surgery pain would have been expected to be resolved.

“This doesn’t tie to the idea Tramadol is less habit forming than other opioids.”

Schedule II drugs are the highest classified drugs in the US deemed to have an accepted medical use.

Tramadol, sold under brand names such as ConZip and Ultram, was approved by the Food and Drug Administration in 1995 but wasn’t legally a controlled substance until 2014.

The researchers add the findings suggest additional dialogue is needed on the drug’s treatment by the DEA.

Dr Thiels added: “Given that Tramadol is not as tightly regulated as other short-acting opioids, these findings warrant attention.”

The researchers also found the drug’s use increased over the almost decade long study period.

Hydrocodone was prescribed the most (51 per cent) followed by oxycodone (38 per cent) and then Tramadol (four per cent).

In some cases, these have significantly reduced the amount of opioids prescribed while still managing pain.

The team has also shown a large portion of patients may not need an opioid prescription after surgery.

They are so determined to keep on playing Tramadol is the drug of choice – stockpiling the pills from a GP and topping up their stash by buying more online.

In 2017 former Bradford and Warrington rugby league forward Rob Parker told the BBC’s One Show there was a risk rugby players would develop an addiction.

He spoke of his own injuries – a fractured skull, fractured cheekbones, plates in his jaw and hands – that forced him to take increasing amounts of Tramadol until he could not stop.

Despite Tramadol being less addictive than other opioid painkillers such as codeine or morphine, the more the drug is taken the less it reduces pain meaning higher doses are necessary.