by Joe Mellor
in Food and Drink, News, Parenting 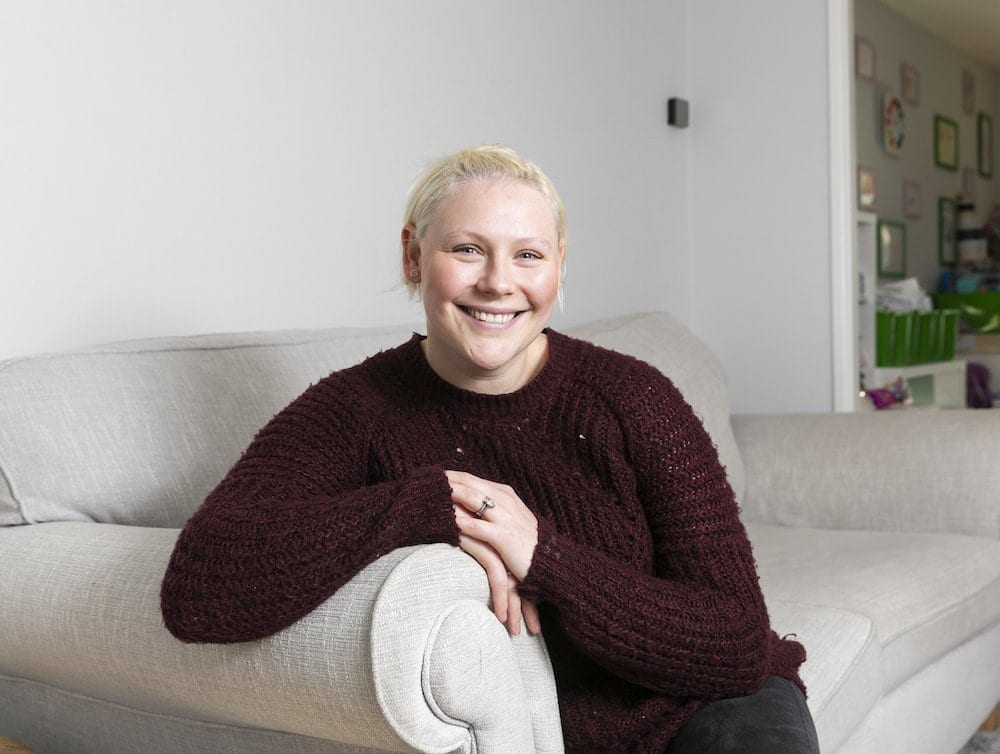 A mum has won her fight for her five-year-old daughter to have vegan school meals – and even cited the Human Rights Act to plead her case.

When Lois Chepner started school in September, her mum, Laura Chepner, was upset she would not receive a school meal – especially as she hadn’t even given her a packed lunch.

The 35-year-old primary school teacher assumed her daughter would be provided for with the government’s universal free school meal system.

The system ensures every child in reception, Year 1 and year 2 in England and Wales has a free hot lunch.

But Laura was told by Hazlehurst Primary School in Ramsbottom, Bury, Greater Manchester, that because her daughter’s dietary requirements were a lifestyle choice, and not down to religion or allergy, she was not entitled.

Rather than sending Lois to school with a vegan packed lunch, Laura sought the help of her local councillor.

Laura, who used to run her own vegan restaurant, did her own research too, and found that veganism as a belief is supported by the Human Rights Act 2010.

Laura said: “I told the council it had spoiled my daughter’s first day at school and how excluded we felt for being compassionate.

“I’m a teacher myself and I started my training at the same as the Every Child Matters programme was launched.

“I remember going into teaching thinking every child matters, yet fast-forward to this year and I was being told my child didn’t matter.”

Laura was worried Lois would feel excluded by not being able to have a hot dinner with the other children and thought it was important veganism was recognised by the school.

She said the school’s headteacher, chef and Bury Council responded almost straight away, and set to work creating a vegan-friendly menu for Lois with Laura’s help.

It took just three weeks to add a vegan option to the school menu, and Lois now joins the hot dinner queue with her classmates at lunchtime.

Laura said: “Fortunately Bury Council are quite forward-thinking and were open to the idea of ‘veganising’ the menu.

“The headteacher was supportive from the start. I worked with them to show how to bring vegan food into their menu.

“Lois is thrilled because she can now sit with her friends eating her vegan lunch and tell them about what she is eating.

“It’s not just a personal victory for us but for vegans in general. Hopefully it will have a ripple effect across other schools.”

Samosas, a hummus wrap, pizza with vegan cheese and ‘fish-less’ fingers are some of the foods on Hazlehurst’s new menu.

Laura was raised as a meat eater and turned vegan when she was weaning Lois.

She talked with her meat-eater husband, Martin, a 40-year-old menswear importer, and discussed if they should raise Lois as a vegan, allowing her to make her own choice when she was older.

Now Lois loves the way she eats and loves that she is being kind to the environment and animals.

Laura said: “Lois doesn’t want to eat what her dad eats, and is happy with her diet.

“At home she eats varied and wonderful food, eating a curry or risotto, aubergine tortillas and lentil pies.

“The only veg she won’t eat is red pepper.

“It is wonderful that she is so conscientious.

“She often asks when the world is going to become vegan, and I tell her they will catch up soon.”

A spokesman for Bury Council said: “Veganism is becoming more popular, and as such we have been running a trial project for the last nine months offering a vegan choice to pupils whose parents request it.

“So far the choice has been limited as these meals have had to be bought in.

“However, all of our schools will shortly have their own kitchens where meals are produced from scratch on the premises.

“In Bury we say ‘every child matters’, and we will continue to offer a wide range of tasty and nutritious meals that children and their parents are pleased with.”