A mineral found in clay may stop people piling on the pounds even after gorging on burgers and chips or drinking too much beer. 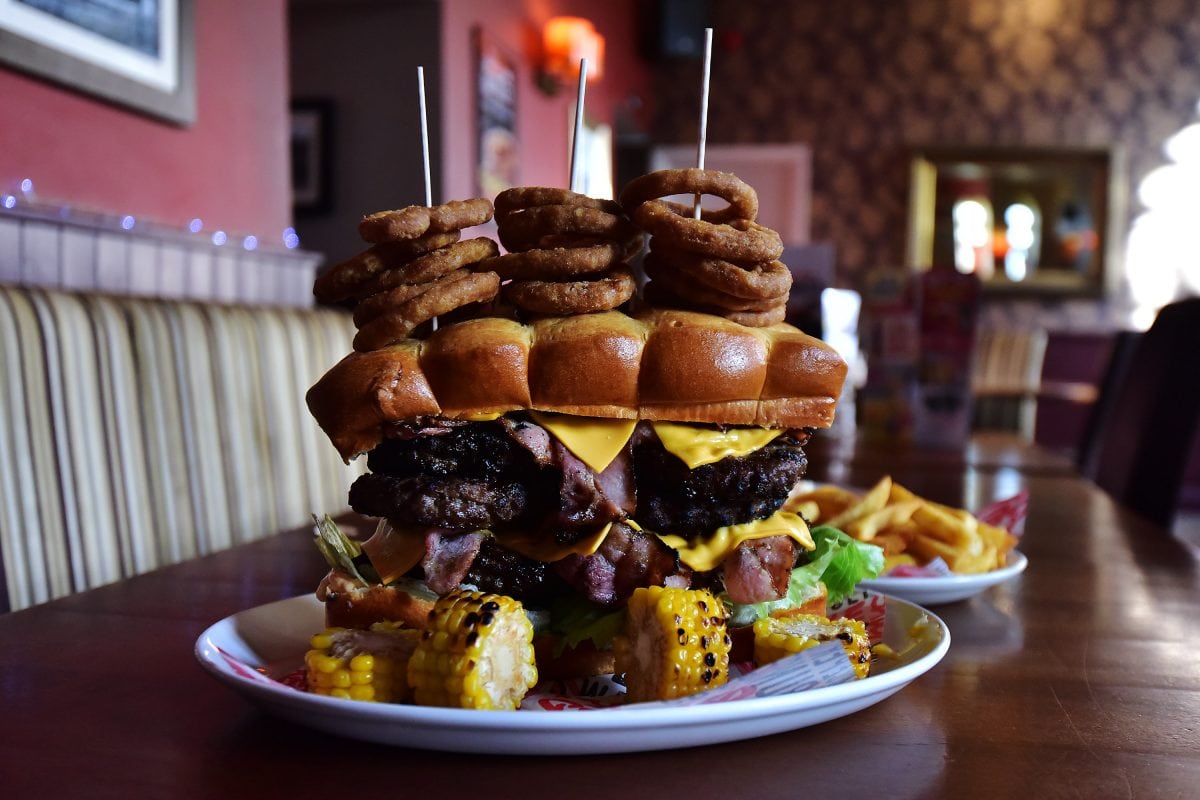 Obesity could be cured with a pill…made from mud, according to new research.

A mineral found in clay may stop people piling on the pounds even after gorging on burgers and chips or drinking too much beer.

The chance discovery has opened the door to the development of a revolutionary medication.

Pharmacist Tahnee Dening was trying to improve drug delivery with clay when she realised it was “soaking up” fat droplets in the gut.

She said: “It’s this unique behaviour that immediately signalled we could be onto something significant – potentially a cure for obesity.”

It may also shed fresh light on the widely held belief that ‘dining on dirt’ is good for the stomach.

Known as geophagy, it is common among many cultures and has been reported in almost every country in the world.

Dr Dening, a postdoctoral researcher at the University of South Australia, Adelaide, explained: “It is quite amazing really.

“I was investigating the capacity of specific clay materials to improve the oral delivery and absorption of antipsychotic drugs, when I noticed the clay particles were not behaving as I had expected.

“Instead of breaking down to release drugs, the clay materials were attracting fat droplets and literally soaking them up.

“Not only were the clay materials trapping the fats within their particle structure, but they were also preventing them from being absorbed by the body – ensuring fat simply passed through the digestive system.”

Humans have been eating dirt for more than 2,000 years with the first written account coming from legendary physician Hippocrates who lived in ancient Greece.

Now Dr Dening says it could hold the key to beating the obesity epidemic that costs the global economy more than £1.5 trillion annually.

Being overweight can cause serious health conditions such as cardiovascular disease, type 2 diabetes and some cancers.

According to the Australian Institute of Health and Welfare, obesity is increasing with almost two in three adults, and one in four children, now overweight or obese.

Estimates in the UK are even higher. Almost half the world’s population is expected to be overweight or obese by 2030.

With few effective drugs to combat it, many companies are investing huge amounts to discover and develop alternative treatments.

Dr Dening was investigating the effects of montmorillonite – a natural clay material, purified from dirt, evidence of which has even been found on Mars.

Rats fed a high-fat diet remained slimmer than those given the medication approved for obese patients and those with weight related illnesses, or a placebo.

The findings published in Pharmaceutical Research offer new insights for obesity and weight-management.

Dr Dening said the prospect of using clay with the commercial drug is particularly exciting as they could work even more effectively if administered together.

She said: “Our processed clay has an unusually high surface area which means it has a huge capacity to interact with and soak up digested fats and oils present in the foods we eat.

“Orlistat on the other hand, is an enzyme inhibitor that blocks up to 30 per cent of dietary fat digestion and absorption, which leads to weight loss, but has unpleasant side effects such as stomach aches, bloating, flatulence and diarrhoea, which limits its use in weight loss as people choose to stop using it.

“What we are researching now is a synergistic approach with both the clay material and orlistat: the orlistat blocks the enzyme that digests fat molecules, and the clay particles trap these fats so they’re excreted out of the body without causing gastrointestinal disturbances.

“We are essentially attacking fat digestion and absorption in two different ways and we hope this will lead to greater weight loss with fewer side effects.”

He said: “This is a significant discovery that provides new and exciting avenues for weight loss research which naturally attracts potential commercial partners.

“With a finding like this, people will naturally be keen to find out when they can try it.

“Given that the material is generally considered safe and is widely used in food and neutraceutical products, it is feasible that human clinical trials could start reasonably soon.”

It has been practised from the ancient Greeks to Native Americans. In most places the habit is limited to women – especially those who are pregnant or of childbearing age.

The practice is common in sub-Saharan Africa, and many anthropologists believe geophagy was brought to the US by African slaves.

It is now most commonly found among African-American women in the rural South of the States.

Though the practice is rarely if ever recommended by medical professionals, some nutritionists now admit the habit of eating clay may have some real health benefits.

Clay’s ability to absorb plant toxins is well documented. many traditional cultures cook food like potatoes, acorns and bread in clay as a way of protecting against the toxic alkaloids and tannic acids that would otherwise make these foods inedible.

Medical professionals studying geophagy are also considering whether the minerals in some clays are especially beneficial for pregnant women.