However if they were aware, most pet owners would like their animals to give blood to help others according to researchers from the Royal Veterinary College. 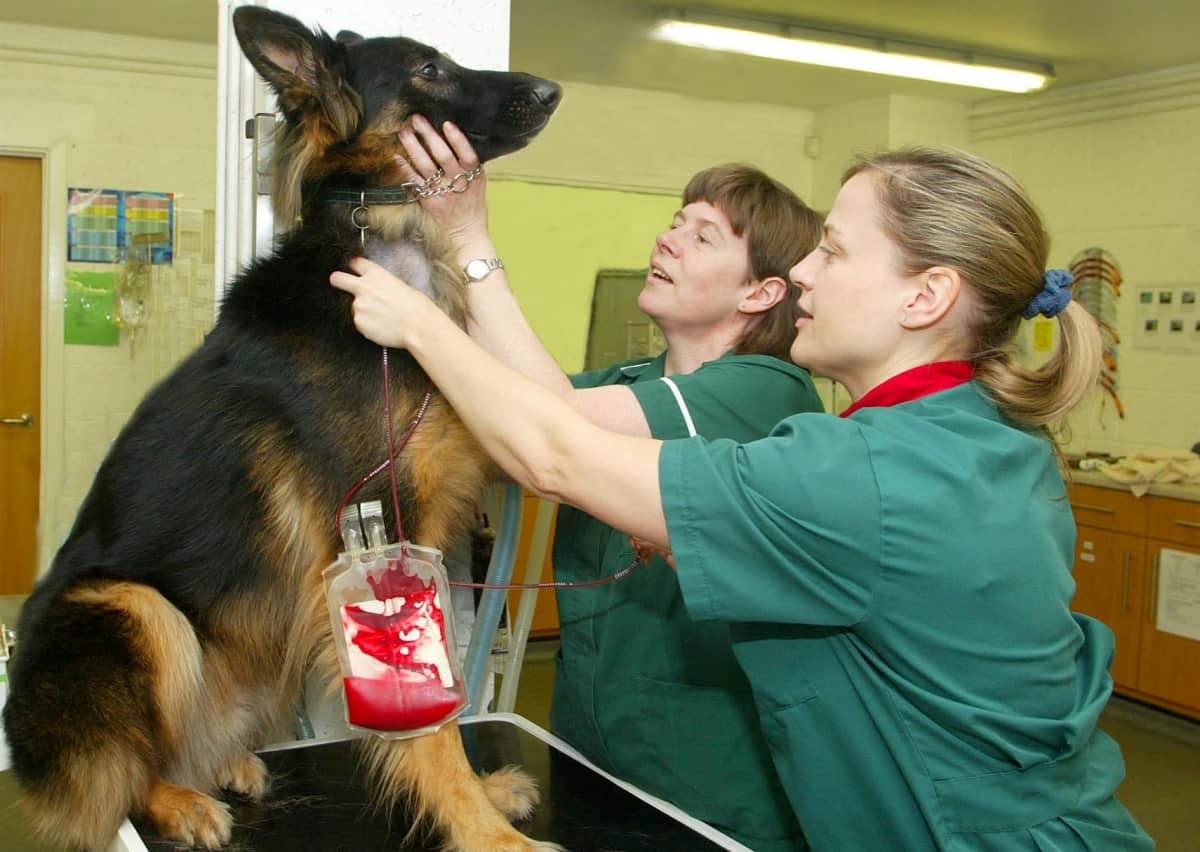 Like humans injured pets sometimes need blood but owners do not realise their dog or cat can donate, a new study has found.

However if they were aware, most pet owners would like their animals to give blood to help others according to researchers from the Royal Veterinary College.

There are pet blood banks to treat animals in need but they are largely understocked and in need of replenishing.

Pet donation schemes and animal blood banks do exist in the UK but most pet owners are not aware of them, according to the study published in the journal Vet Record.

The researchers investigated pet owners’ awareness of small animal blood donation and their attitude and motivations towards their pet being a blood donor.

They were asked to fill out an anonymous questionnaire on their awareness of pet blood donation and whether they would be happy for their pet to donate blood if suitable.

Of the 158 people who completed the questionnaire, 110 (70%) were not aware that pets could donate blood and 118 (75%) were unaware that pet blood banks existed.

One hundred and forty (89%) stated they would be willing to let their pets donate blood if they were suitable, while 18 (11%) stated that they would not.

The researchers concluded that like human blood donation, raising awareness could help to increase donor numbers.

The proportion of pets that donate blood isn’t known but is likely to be very small.

The survey was carried out on dog and cat owners over the age of 18 who attended a veterinary clinic for an appointment over a 10-day period.

Whilst both male and female owners were equally willing to help, cat owners were less likely to let their pets donate than dog owners.

Owners aged 71 years or mor, and those who worked full time were also more reluctant.

Many cat owners thought it would make their pet anxious, but overall, owners were motivated by wanting to help other pets, recognising there was a need for blood and hoping that if the worst happened to their pet they might benefit from a similar donation.

“This is an important starting point in understanding the opinions and awareness of the pet-owning population regarding pet blood donation.

“This study suggests that donor recruitment could be markedly increased by improving the awareness of pet owners about pet blood donation..”

“While donor blood can be vital in saving lives of critically ill or injured pets, using animals for blood donation raises certain ethical questions, as highlighted in the study.

“Although the practice is legally permissible, it is very important that pet owners are aware of the risks involved and give informed consent for their pet to donate blood.

“Not all cats and dogs will be suitable for blood donation and the risk of complications is far higher in cats than in dogs.

“Any potential donors should meet strict criteria – including a physical examination by a vet- before they can donate blood.”