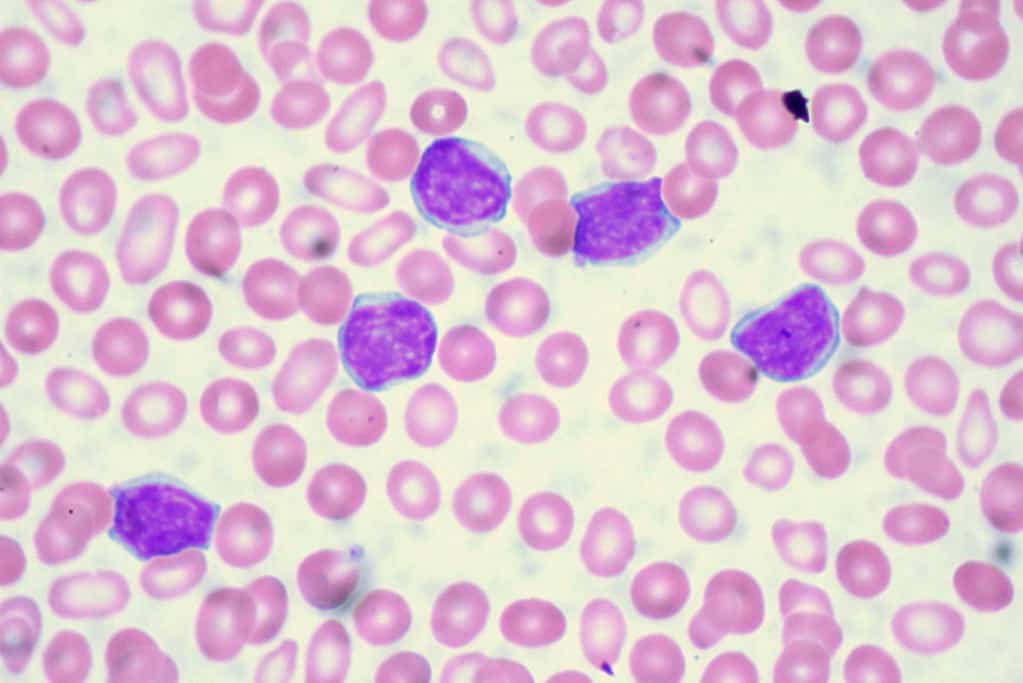 The Achilles’ heel of an aggressive type of leukaemia has been discovered by British scientists.

It opens the door to developing new drugs for a disease that is notoriously difficult to treat.

Around 2,500 Britons are diagnosed with acute myeloid leukaemia (AML) every year. Survival rates are poor.

Now, the protein that fuels it has been identified for the first time. Known as YTHDF2, it triggers and sustains the disease.

However, it’s not needed for healthy cells to function, meaning a medication that destroys YTHDF2 would be a potential cure.

AML affects cells involved in the production of a family of blood cells called myeloid cells. These include red blood cells, platelets and certain types of white blood cells.

Older people are most prone. Standard treatment is chemotherapy. If this fails the only hope is a stem cell or bone marrow transplant.

The finding published in Cell Stem Cell could lead to a medication with significantly less harmful side effects than existing chemotherapy.

The aim would be to efficiently eliminate blood cancer cells in AML – without harming healthy ones.

Researchers at the University of Edinburgh and Queen Mary University of London carried out a series of experiments to understand the role of YTHDF2 in blood cancer.

Tests in blood samples donated by leukaemia patients showed the protein is abundant in cancer cells.

Tests in mice then found that the protein is required to initiate and maintain the disease.

Further trials enabled scientists to determine the biological pathway by which interfering with the function of YTHDF2 selectively kills blood cancer cells.

Importantly, they also showed the protein is not needed to support the function of healthy blood stem cells.

These are responsible for the production of all normal blood cells. In fact, blood stem cells were even more active in the absence of YTHDF2.

Professor Kamil Kranc, of Barts Cancer Institute, Queen Mary University of London, who jointly led the study, said: “Our work sets the stage for therapeutic targeting of cancer stem cells in leukaemia while enhancing the regenerative capacity of normal blood stem cells. We hope this will establish a new paradigm in cancer treatment.”

AML starts in young white blood cells in the bone marrow. It affects around one in 200 men and one in 255 women in the UK at some point in their lives.

Approximately 19,500 new cases occur every year in the US. It is most often diagnosed in older people.

The exact cause is unclear but risks include smoking, being overweight, radiation exposure, previous chemotherapy, certain blood disorders and some immune conditions like rheumatoid arthritis.

Professor Donal O’Carroll, of the University of Edinburgh’s School of Biological Sciences, who co-led the research, said: “The study shows the promise of a novel class of drugs as the basis for cancer and regenerative medicine treatments.”