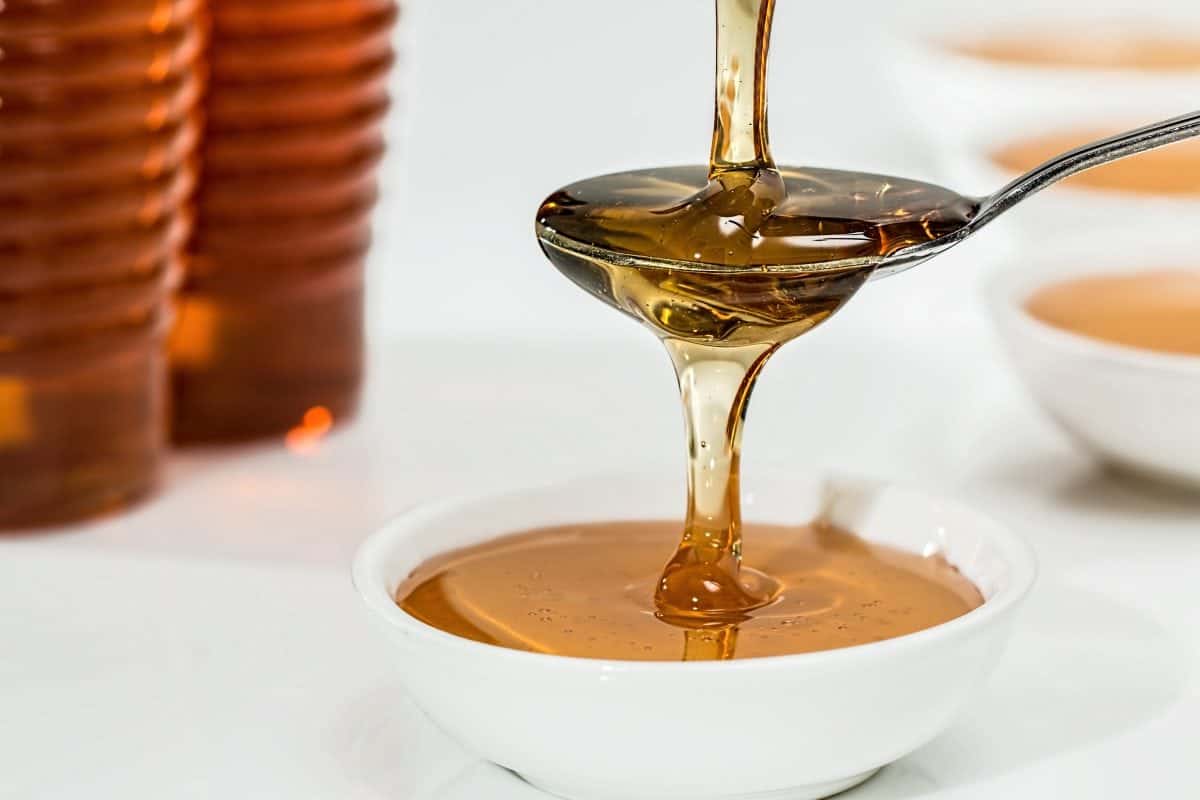 Here is a parental tip that is definitely worth sharing, but you’d really pray you would never need to put to the test.

Children who have swallowed a button battery should be given honey to stop them burning through the food pipe, according to new research.

The natural sweetener that’s been part of the human diet since the time of cavemen could save their lives, scientists said.

Doctors in the UK, US and Australia have warned of an alarming number of cases involving the tiny devices because toddlers think they are sweets.

The batteries are increasingly common in the home – used to power household products from watches to remote controls and toys.

Sometimes button batteries do pass through the body without a problem but when a button battery gets stuck in a child’s throat, the saliva triggers an electrical current that causes a chemical reaction that can burn the gullet, or oesophagus.

It can burn a hole in the throat in only two hours – continuing even after the battery is removed. This can cause them to bleed to death.

Experiments on pigs – whose organs are very much like those of humans – found honey can prevent the devastation to tissue caused by the highly caustic batteries.

The results were so impressive they are being applied immediately in the clinic to treat the growing number of children admitted to hospitals in the US.

Co-principal investigator Dr Ian Jacobs, director of the Center for Pediatric Airway Disorders at the Children’s Hospital of Philadelphia, said: “Button batteries are ingested by children more than 2,500 times a year in the United States – with more than a 12-fold increase in fatal outcomes in the last decade compared to the prior decade.

“Since serious damage can occur within two hours of ingesting a battery, the interval between ingestion and removal is a critical time to act in order to reduce esophageal injury.”

In 2016, Great Ormond Street Hospital reported a 60 per cent increase in the number of youngsters admitted after swallowing the batteries.

Many suffered internal burns that left holes in their organs.

Button batteries have been attracting young children for decades because of their size, candy-like shape and shiny metallic surface.

Co-principal investigator Dr Kris Jatana, MD, a paediatrician at the Nationwide Children’s Hospital in Ohio, said: “We explored a variety of common household and medicinal liquid options, and our study showed honey and sucralfate demonstrated the most protective effects against button battery injury, making the injuries more localised and superficial.”

Sucralfate is a medicine is used to treat ulcers in the intestines – forming a protective coating that helps them heal more quickly.

Warning signs that a child has swallowed a battery include excessive dribbling or trouble swallowing, vomiting, coughing, choking or unexplained chest infections.

The longer it takes for the battery to be removed the higher the risk – particularly for those children without access to hospitals with specialised anaesthesiologists and endoscopists experienced in removing foreign objects.

Dr Jatana said: “The findings of our study are going to be put immediately into clinical practice – incorporated into the latest National Capital Poison Center Guidelines for management of button battery ingestions.”

The study published in The Laryngoscope sought palatable, thicker liquids that could create a barrier between the tissue and the battery as well as destroy alkaline.

The screened various options in the lab pigs including common household beverages such as juices, sodas and sports drinks.

Previous research by the same team had tested lemon juice as a proof of concept.
But many children find it too acidic to drink.

By contrast the sweet taste of honey is much more palatable.

Dr Jacobs said: “Our recommendation would be for parents and caregivers to give honey at regular intervals before a child is able to reach a hospital, while clinicians in a hospital setting can use sucralfate before removing the battery.”

But the researchers caution against using these substances in children who have already have suffered blood poisoning or perforation of the oesophagus.

They should also not be given to those with a severe allergy to honey or sucralfate or babies less than one year-old due to a small risk of botulism.

Dr Jacobs said: “While future studies could help establish the ideal volume and frequency for each treatment, we believe these findings serve as a reasonable benchmark for clinical recommendations.

“Safely ingesting any amount of these liquids prior to battery removal is better than doing nothing.”

Dr Jatana said: “Button batteries are commonly found in households, and they should always be stored in a secured container, out of reach of children.

“Parents and caregivers should check all electronic products in the home and make certain that the battery is enclosed in a compartment that requires a tool to open and periodically check to ensure it stays secure over time.”