Mr Chips was hit by an unknowing gardener as he was nestled in a pile of leaves, and a large section of fur and spines was ripped off. 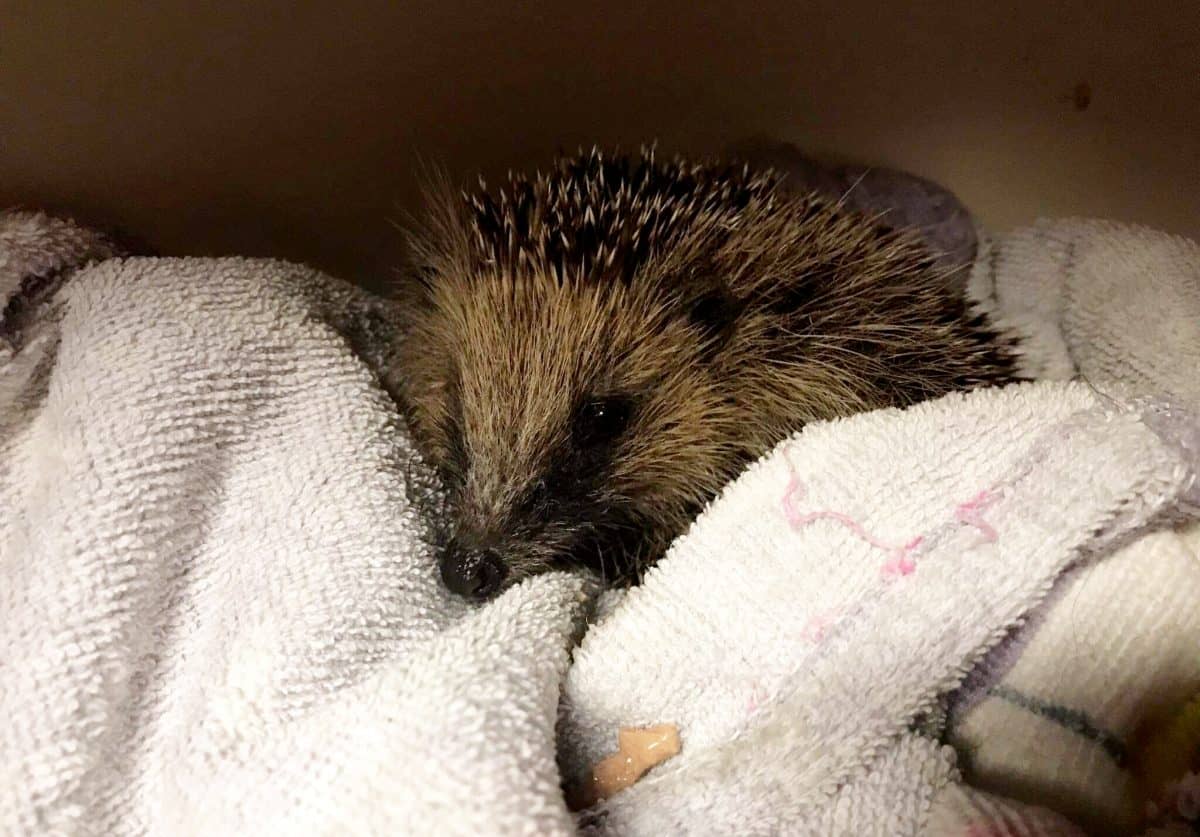 A campaigner has warned gardeners to look before they start weeding, after a hedgehog called Mr Chips was scalped by a strimmer.

Mr Chips was hit by an unknowing gardener as he was nestled in a pile of leaves, and a large section of fur and spines was ripped off.

Julie Smith, 60, of the Wildline Wildlife Sanctuary, discovered the poor creature with a deep wound inside a sentry box.

Despite her best efforts, Mr Chips could not recover from his injuries.

“At this time of year we get several hedgehogs wounded in the same way in gardens. It’s because gardeners don’t look for wildlife.

“It was just a matter of nursing him and picking out the fly eggs with tweezers, which took a long time, bathing the wounds, putting on antiseptic, and making him comfortable.

“It is awful he passed away at 4.30am on Thursday morning, I was nursing him at the time. Frogs are other victims – one came in the other day with only three legs.

“They need to check where the grass has grown long over the winter, it doesn’t take much to look and disturb the area before you mow it.”

Julie has run a sanctuary in her back garden for 32 years in where she looks after a number of animals including foxes and swans.