Fabland comes to London to entertain nation of ‘big kids’

Fabland playpark was opened exclusively for adults on July 14 at London's Westfield. 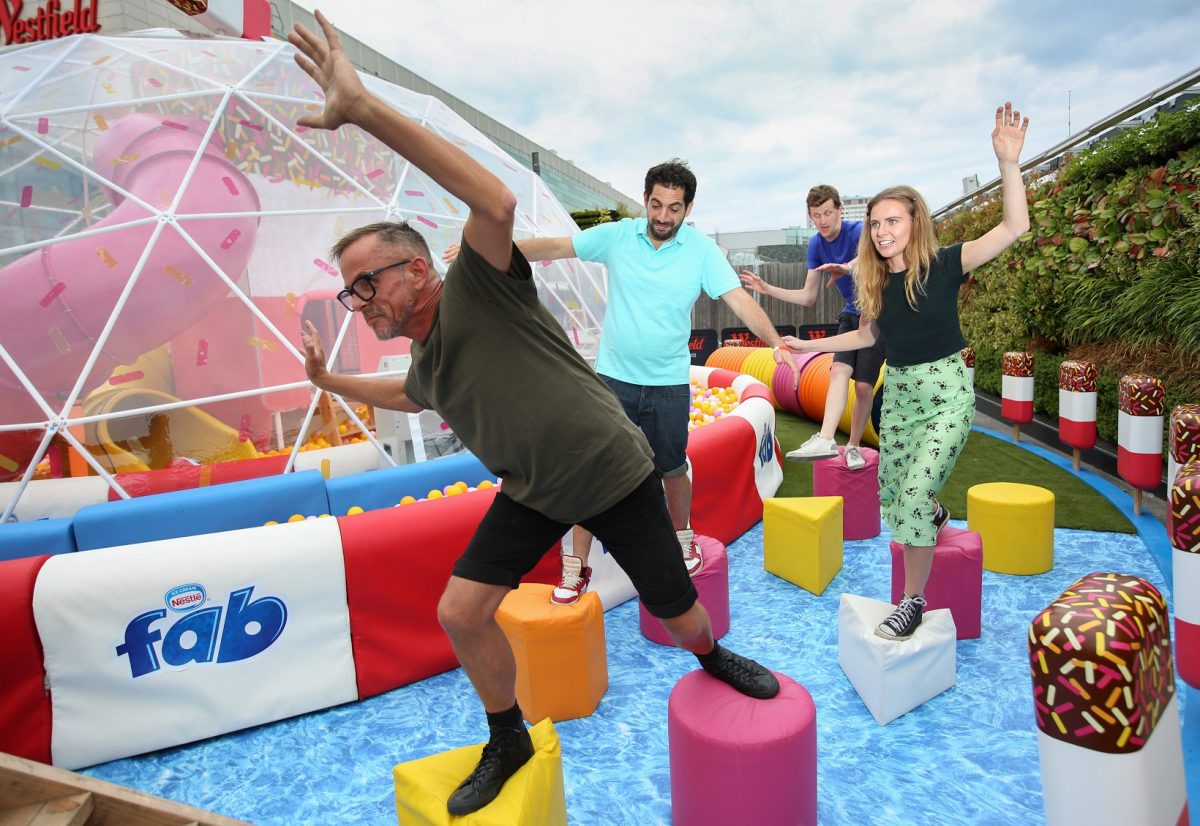 A playpark for adults has popped up at Westfield after new research revealed two thirds of grown-ups admit they ‘don’t always act their age’.

The study carried out among 2,000 adults found a large percentage confess to being ‘big kids at heart’, often getting up to things which younger generations enjoy.

One in three have bombed down a kid’s slide in a playground and one in four have read a comic book.

Other childlike activities include playing in a soft play park, climbing a tree or even getting the felt tip pens out for a bit of colouring-in.

Almost forty per cent of Brits even admitted they would rather play mini golf than go clubbing, while almost 20 per cent would play a computer game than go to the pub.

But 71 per cent of grown-ups think it’s important to embrace their inner child, to keep their health and wellbeing in good shape.

And one in five said it provides relief from daily stresses.

The research was conducted by fab ice lolly, whose fabland playpark was opened exclusively for adults on July 14 at London’s Westfield.

Ellie Gittings, Brand Manager at fab ice lolly said: “We believe the fun shouldn’t stop whether you’re eight or eighty and we admire those who embrace their inner child.

“Retaining a sense of fun and exploration, can be great for improving your health, wellbeing and stress levels.

”Which is why we’re seeing a huge trend for adult-only activities that attempt to mix childlike fun with grown up activities, such as boozy crazy golf or giant ball pits in night clubs.”

The study also found one in five Brits have climbed a tree after reaching adulthood, and the same amount have spent time playing on a Scalextric set.

Others admitted to enjoying blowing bubbles in their drink through a straw, crawling through a tunnel and building a fort.

But some have put an adult spin on the child games with one in 10 playing mini golf while under the influence of booze.

Fifteen per cent have swung down a zipline, and one in 20 have leaped into an adult-only ball pit.

It also emerged 45 per cent of adults have been accused of being ‘childish’ by friends and family and Brits deem the age that one should stop ‘behaving like a child’ should be exactly 34 years old.

Forty-four per cent of parents even admit to encouraging their children to do or play with certain things, so they can enjoy it as well.

And two thirds of mums and dads polled, via OnePoll, also agree that being a parent gives them an excuse to do childish activities, without being judged.

Ellie Gittings added: “Our results found many Brits put a great deal of importance on staying in touch with their inner child.

“Over half of respondents believe more people should embrace their inner child, which is something we totally agree with.

“We gave adults at London Westfield an opportunity to feel like a big kid again with our adults-only event where they were invited to have free rein over our fabland playpark for the night. The joy and excitement of the adults was unbelievable!”

fab will be taking its fabland across the UK this summer for parents and children alike to enjoy some fab fun. For more info, visit the fab website: www.myfabland.com