For centuries men and women have pondered over whether a friendship can exist between them. Can you be friends without benefits and without one fancying the other? With some believing you can and others strongly believing there’s always an ulterior motive, the answer has the majority of the world split. But what about same sex […] 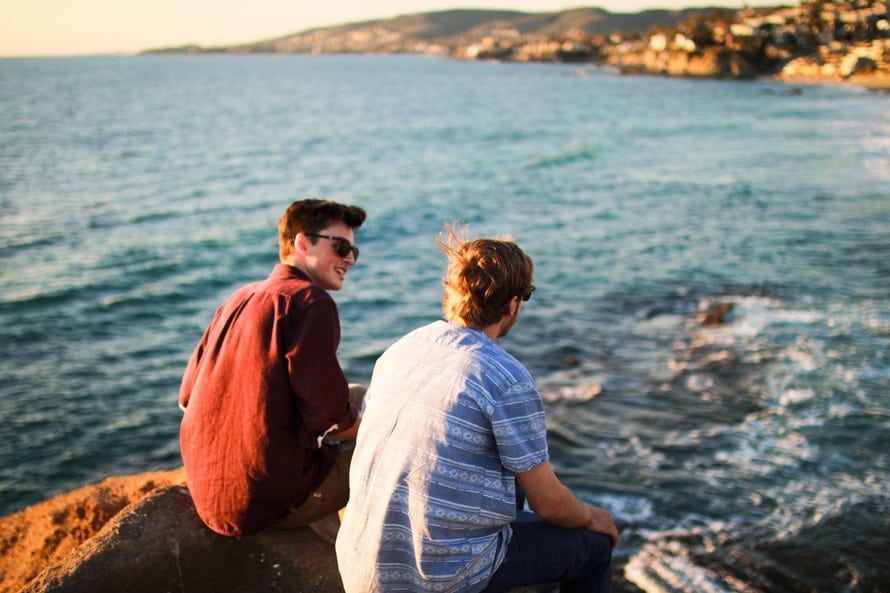 For centuries men and women have pondered over whether a friendship can exist between them.

Can you be friends without benefits and without one fancying the other?

With some believing you can and others strongly believing there’s always an ulterior motive, the answer has the majority of the world split.

But what about same sex friendships?

I can assure you it doesn’t work like that.

But if male and female friends deliberate over an attraction, then it’s only natural for same sex to question it as well.

Does one of us fancy the other?

Looking around at my friendship group of gay mates, I can’t help but notice the woven web of who’s slept with who.

Whether it be a drunken fumble or a full on thing, the majority have hooked up with each other at some point.

Of course there are a few that have had no interaction of a sexual nature, but I can’t help but wonder: would one of them go there if they could?

Looking at my ex-partners, perhaps I am guilty of it too.

With the majority of my exes having become someone I now call a friend, it’s hard not to raise the question.

Perhaps there is some truth in the fact that we can’t be friends, without having benefits.

I’m not ashamed to appreciate a good looking pal and I would be the first to compliment them, but personally that would be as far as it goes.

That being said, you never know what the other one is thinking.

And with so many of my friends having formed friendships through previous partners or one night encounters, is it really surprising that this question is raised?

Perhaps whether we know it or not, attraction is just a part of friendship.

Maybe it’s their looks, personality or laughter, but there might just be some truth in the fact that something draws us in.

Whether it’s a past relationship turned friendship, unrequited love or a tingle one of you would never explore.

Of course there’s always the exception.

The ‘Norman’ of the group – the one friend we are adamant there is no attraction there what so ever.

But how do you know ‘Normans’ not feeling it back?

Of course I can happily say as a gay man, I have plenty of gay friends without any benefits, other than perhaps a home cooked meal occasionally.

But if they say you have to kiss a lot of frogs before you find your prince, how many of them have been your friends?

Next time you are out, look around and ask yourself that question.

And if it’s purely friendship for you… how do they look when they’re staring back at you?

Has ‘Norman’ got his eyes on you?