What do Meghan Markle and the Duchess of Cambridge have in common, apart from the obvious? Megawatt smiles full of perfect, gleaming pearly whites of course. Kate and her future sister-in-law have the kind of teeth that don’t exist in nature, they only come via a talented cosmetic dentist.  I was not blessed in the […]

by Guest Contributor
in Beauty, Lifestyle 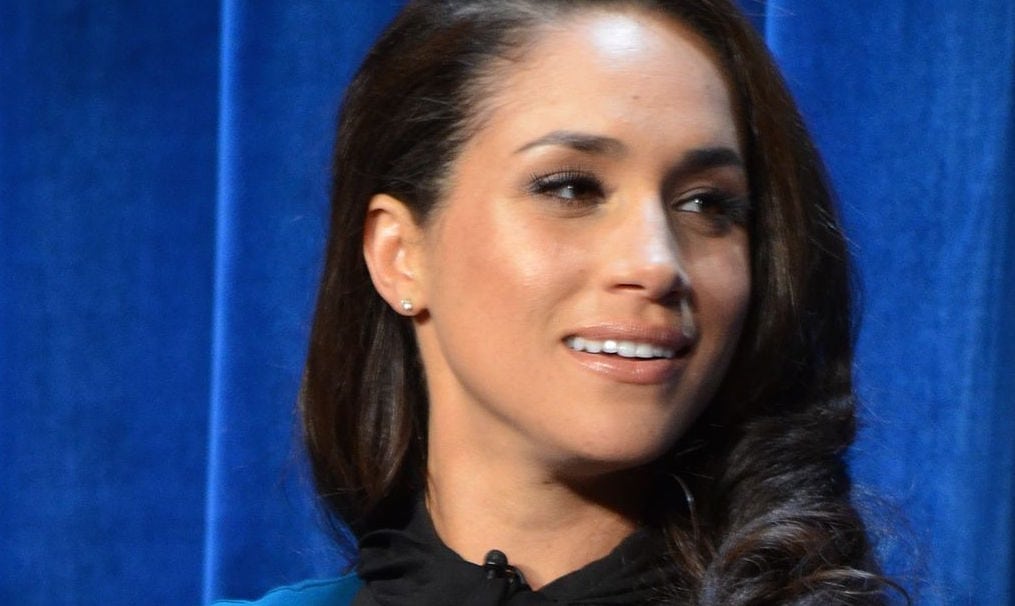 What do Meghan Markle and the Duchess of Cambridge have in common, apart from the obvious? Megawatt smiles full of perfect, gleaming pearly whites of course. Kate and her future sister-in-law have the kind of teeth that don’t exist in nature, they only come via a talented cosmetic dentist.

I was not blessed in the dental department. My teeth would be politely referred to as British – crooked, with the top row a good half an inch further forward than the bottom and all of them strained a sickly yellow from far too much coffee and cigarettes. A painful year of wearing traintrack braces when I was a teenager straightened them out but their jaundiced hue continued to make me self conscious.

I’ve only ever wanted a wide, straight, gleaming white smile like Meghan’s  – is that too much to ask for?

It was time to take action. Once upon a time teeth whitening was the preserve of Hollywood stars but the cosmetic procedure has become more and more popular among us mere (and vain) mortals. There are countless dentists offering teeth whitening services and plenty of at-home kits on the market. I decided this was a job for the professionals and went to Dr Nina Bal, the official dentist on E4’s BodyFixers show.

I knew that I was in safe hands and I can’t stress how important it is to go to a qualified dentist. Dr Nina was a finalist for Best Young Dentist 2017 – I didn’t know there was such as an award – and is a member of The British Academy of Cosmetic Dentistry.

But be warned, teeth whitening is not the one-visit wonder I had anticipated. My treatment took a full month and began with an intense teeth cleaning at Dr Nina’s surgery in central London.

When I say intense, I mean intense. By the time Dr Nina had finished, my gums were bleeding and my teeth had never felt so clean.

Dr Nina explained that as the laws around how much hydrogen peroxide dentists can administer changed in 2012, she now recommends a slower process where the whitening happens gradually over a two-week period.

She took moulds of my teeth by filling my mouth with what felt like a quick-setting play dough which created a precise mould of the inside of my mouth. These were then sent away to her lab to make perfect-fitting trays – think a retainer or even the mouth guard hockey players wear – and I picked them up from her surgery a week later.

Dr Nina also gave me two syringes full of whitening gel which I kept in the fridge. Each night for two weeks, she explained, I must pipe a tiny drop of gel into the individual tooth moulds, slip them into my mouth and wear them as I slept.

“It will be a little uncomfortable,” she said.

Reader, it hurt. It wasn’t excruciating but now and again the gel touched a nerve and I felt a sharp pang of pain. Moreover, my teeth became quite sensitive and, oddly, felt cold. I would sometimes run my tongue over them to try to warm them up.

During those two weeks, Dr Nina asked me to keep away from anything that might stain the teeth: no tea, coffee or cigarettes. I couldn’t quit my caffeine fix for a whole fortnight so she agreed that I could still have my cup of coffee as long as I drank it through a straw. It is surprising how quickly you get used to slurping your flat white through a plastic straw. Another top tip she gave me was to drink a glass of water after your cup of coffee or tea. The water flushes away the stains.

Each morning, I looked in the mirror as I brushed my teeth and found them a little whiter than the day before. Sometimes I thought I was imagining it but by the end of the first week, the difference was undeniable. My teeth no longer looked yellow. In fact, they looked white; I could hardly believe it. When the treatment was completed, they were as close to the Meghan Markle-standard of gleam that I will ever get.

I was delighted. My top row still stuck out – Dr Nina is not a miracle worker – but they were the exact tone of white I wanted. Not blinding TOWIE style glow-in-the-dark tombstone teeth, but natural, clean, white, dare I say, even healthy looking gnashers.

Soon I was happily showing off my toothy grin where before I’d give a tight-lipped teeth-covered smile. I began to experiment with lipsticks. I used to worry that a bright shade would draw attention to my less-than-perfect teeth but now I was slicking on pinks, reds and nudes with abandon.

Friends complimented me on my upgraded smile which reassured me that the change wasn’t all in my head. But I suspect the biggest boon of the treatment, as with most beauty procedures, was the boost it gave my confidence. I didn’t worry about how my teeth looked anymore – that hang up had left me.

Teeth whitening is not a cheap fix, but if your smile is causing you anxiety, it’s well worth the investment.