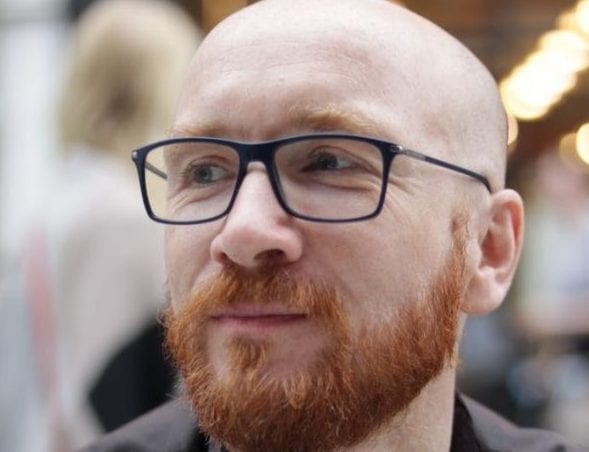 Following his bone marrow transplant for Leukaemia Duncan suffered an infection in his spine which resulted in total paralysis from the waist down (something that is unheard of in itself) – his neurologist told him she was unsure if I would ever walk again – however through his treatment of reflexology he got his feeling back and now can walk again, this is his story…

At the end of 2012 I noticed I had been getting very tired easily and had bouts of nausea which was really affecting my work. I saw my GP who thought everything was fine, but my blood pressure was a little high, so he said to give it a week and if the symptoms were still persisting I could take a blood test. So in February 2013, still not feeling quite right, I went to a local walk-in clinic for a blood test on the way to work. The same day I received a call from the GP surgery, requesting I check myself into St Georges Hospital that evening. I was told the next morning I had Acute Lymphoblastic Leukaemia, Type B.

When I first heard the news, I was shocked as I thought I just had a kidney infection but once it sunk in I was pretty terrified as you hear the word ‘cancer’ and you immediately assume you’re going to die.

I was told I’d need chemotherapy followed by a bone marrow transplant which meant I would spend four to five weeks at a time in hospital, interspersed with shorter stays at home for the next six months. However, my nightmare was not over yet. In November, whilst recovering from the transplant (and while my immune system was still recovering) I had a toxoplasmosis infection in my spine resulting in total paralysis from the waist down, my neurologist told me she was unsure if I would ever walk again. This was a something I had never imagined could happen and I was understandably devastated.

After I was paralysed I was then permanently hospitalised until finally coming home in June 2014. At that point I was still using a wheelchair, although was able to stand and walk with difficulty using crutches. The cancer side of things was really taken care of once the bone marrow transplant was completed but the recovery from the paralysis has taken much longer. Not only have I had to redevelop the muscles that had wasted away from six to seven months of inactivity, but also had to re-learn to walk again. Even now I am still improving, but I will never be the same again as the damage to my spinal cord was quite extensive and I have permanent nerve pain in my feet and lack of sensation around my midriff.

It was whilst I was in hospital that I heard about the charity Full Circle Fund Therapies which delivers innovative programmes of support for hospitalised adults and children through evidence-based mind-body treatments. I went to them to undergo reflexology, massage and some meditation.

The charity helped me immensely during my time in hospital. Having friendly therapists to interact with on a regular basis really helped with staying sane during the monotony of a ward. The therapies helped me relax and take my mind of my troubles, and in the case of the massage, really helped reduce the pain in my back during my recovery from paralysis. Finally, and probably most importantly, during the paralysis, the reflexology kept my legs muscles twitching and moving, provided with me invaluable hope that I would walk again, and I like to think was partly responsible for my recovery from that paralysis after two months of nothing – after all, it was during a reflexology session that I had my first hint of movement in a toe and knee – the therapist had continually reminded me to keep visualising the movement.

Before my diagnosis I hadn’t really given any thought to complementary therapy and but having experienced the effects first hand I believe that any treatment that contributes to the mental and physical well-being of a patient must be available, and should be considered an essential part of recovery, if possible.

I am now trying to look to the future. The cancer diagnosis itself didn’t really change my life that much, but the paralysis and the long-term effects of that, is what has been life changing. I can no longer run, I have permanent pain in my feet, and limited movement in my right leg means I am probably never going to be able to ride a motorbike again (although I’m still hopeful I can figure this one out). I have tried to drive on a couple of occasions and believe I could do that if required, but of course living in London means it’s not really a necessity. The biggest impact really is that I can no longer be that spontaneous – I have to plan things out a little more if I want to take any trips, as I need to make sure I have the necessary medical supplies with me at all times. Also, I can’t drink that much anymore as too much alcohol really inhibits my ability to walk!

Overall, I still feel it hasn’t really changed me that much as a person – I just have to make a few minor adjustments to my life to accommodate the long-term effects. I’m not much of a planner – but I am currently enjoying an extended period of unemployment, deciding what to do next. After my experience, going back to the monotony of my office job seems a little unappealing, but I am still trying to figure out what I should be doing instead but given everything I’ve been through in the last few years, I am in no rush.

To find out work about Full Circle Fund Therapy and to support its work please visit https://www.fullcirclefund.org.uk/