If anyone was in doubt about where the greatest city in the world resides, these new openings should clear a few things up. 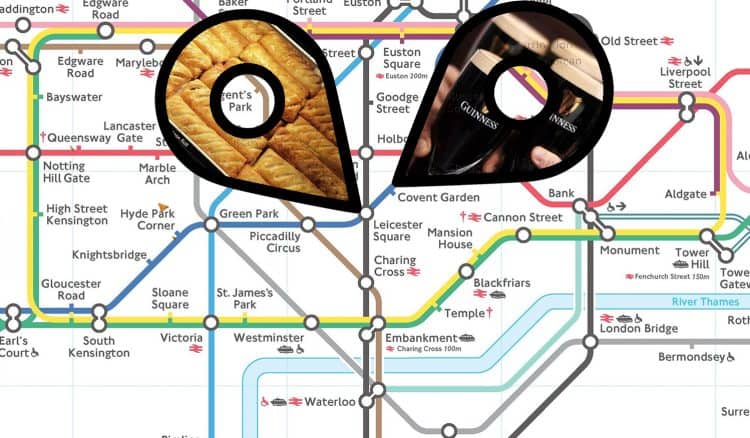 London is set to welcome two new arrivals onto its gastronomic map after plans were unveiled for a new Guinness Storehouse in Covent Garden and a ‘MegaGreggs’ in Leicester Square.

Britain’s favourite bakery submitted plans to open a 145 sq metre shop to Westminster Council last year, and according to one eagle-eyed Twitter user the development is already underway.

Construction is expected to cost a whopping £2 million and should be open by next month.

The site was previously home to Turkish bakery Simit Sarayi as well as late 1990s nightclub Home, which was once home to resident DJ Paul Oakenfold.

And if that wasn’t exciting enough, a new Guinness Storehouse is set to open just down the road in Covent Garden’s Old Brewer’s Yard following a huge £73 million investment.

The microbrewery and events hub (that will take up some 50,000 square feet) will be located on a historic brewing site that first produced beer 300 years ago, covering Mercer Walk, Langley Street, Neal Street and Shelton Street.

It will feature a brewery with limited-edition beers, events spaces, a covered courtyard, a Guinness shop and an open-fire kitchen and restaurant with a 360-degree glass rooftop.

There will also be the opportunity to try new brews – some that’ll only be available there – and tour the joint with a Guinness expert.