Wyndham Hacket Pain @WyndhamHP There is something enjoyable about watching the slightly cheesy horror films that enter the cinemas each summer. Dating back even before the original Friday the 13th this brand of slightly crude but ultimately entertaining movies have been a welcome addition to our viewing calendars. More recent films like The Cabin in […] 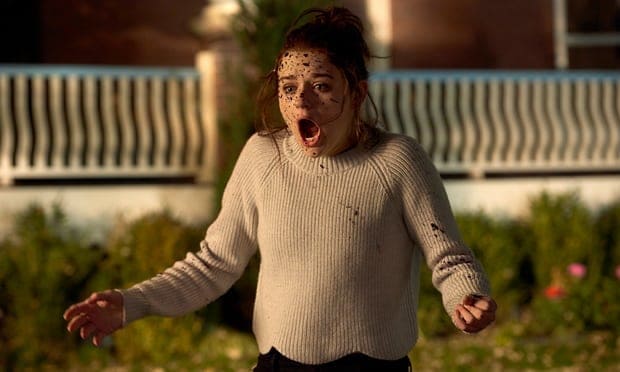 There is something enjoyable about watching the slightly cheesy horror films that enter the cinemas each summer. Dating back even before the original Friday the 13th this brand of slightly crude but ultimately entertaining movies have been a welcome addition to our viewing calendars. More recent films like The Cabin in the Woods and Paranormal Activity may not be great works of art but they are fun and not a bad way to spend an afternoon or evening with your friends.

The premise of Wish Upon is quite promising. Claire, a 17 year old girl whose mother committed suicide when she was a young child, is given a mysterious box that promises to grant seven wishes. Despite being sceptical at first, she is seduced by its powers and potential to change her life. In exchange for granting a wish the box takes revenge, with a close friend or family member being violently killed.

Director John R. Leonetti is probably best known as the cinematographer for the well received The Conjuring and as the director of its critically panned sequel Annabelle. Leonetti has previous experience directing inferior sequels to successful films having also directed Mortal Kombat: Annihilation and The Butterfly Effect 2. The hope going into his latest effort then is that Wish Upon would have more in common with The Conjuring than its successor. It is then disappointing to say that Leonetti’s latest effort despite being a stand-alone film has all the quality and attributes of a straight to DVD production.

One of the many problems with Wish Upon is how unbelievable its characters actions and motives are. The lead may be a teenage, but still, being annoyed with one of your parents isn’t reason enough to make a wish that has potentially murderous consequences. We have all wanted to be popular or live in a fancy house but again murder seems to be a pretty extreme reaction. It may not be a well-known cast but the performances overall are fine, especially considering the poor quality of dialogue, and I will even admit that some of the cast can be quite likable and even on occasion funny.

Perhaps the biggest disappointment in what is meant to be a horror film is the lack of unsettling tone or scary moments. Being made to jump around in my seat a couple times is the bare minimum expected of even the most unremarkable addition to the genre. Too often an eerie mood develops only for it to be undermined by poor visual and stylistic decisions. There are too many screens and too much technology. There is nothing scary about someone’s Facebook feed and it only undermines the modicum of suspense or tension that has been created. Our devices connect us to the wider world, when its isolation that we fear.

What at first looks like it might have been a slightly crude but ultimately enjoyable teen horror film ends up being increasingly tiresome and vapid. Wish Upon is watchable but that is just about it.

Wish Upon is in cinemas from Friday 28th July.