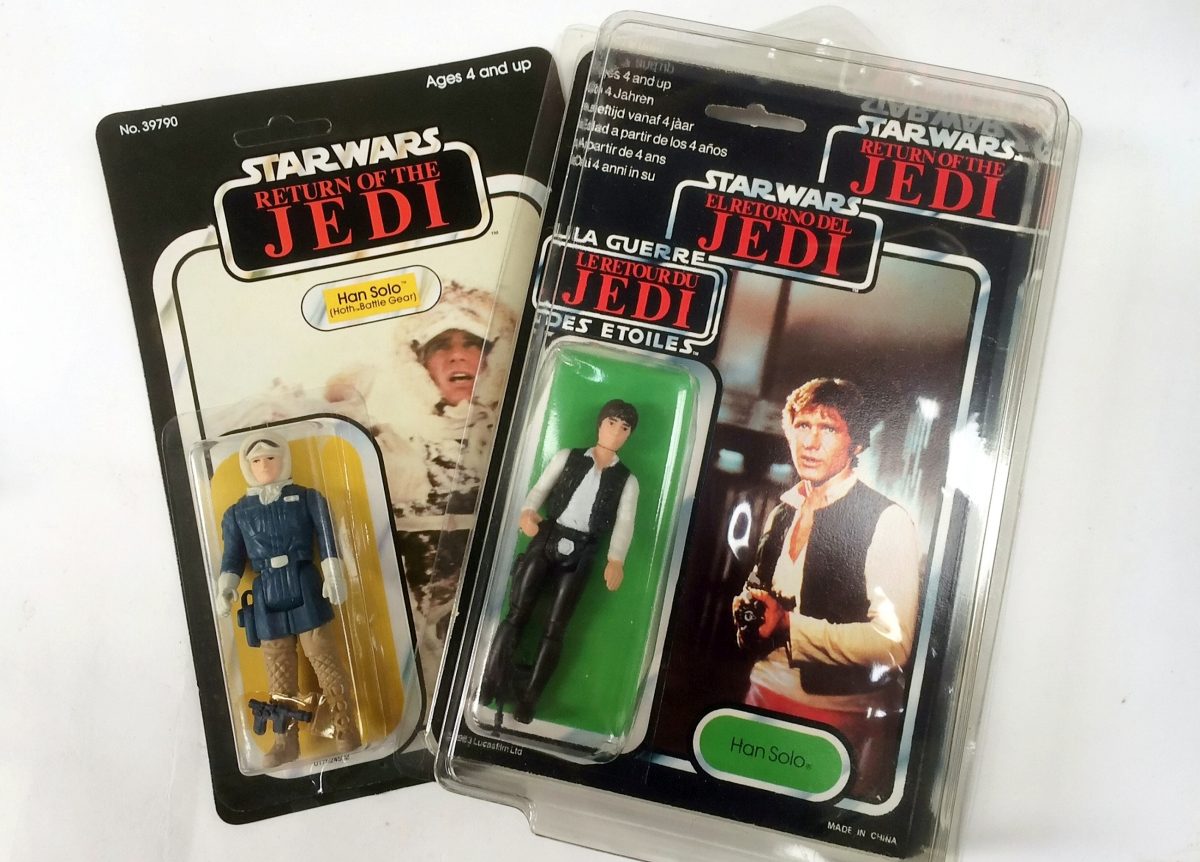 Dozens of vintage Star Wars toys bought for pennies in the 1970s and 80s are tipped to fetch thousands of pounds at auction.

The 40 boxed figures, including one dating back to 1977 when the first Star Wars film was released, were found in a house clearance.

The most valuable toy is a 1983 Jedi Yak figure which is expected to fetch up to £800 when the collection goes under the hammer in June.

David Wilson-Turner, of Hansons Auctioneers, said: “There is massive demand for Star Wars memorabilia from fans around the world and the Midlands has proved to be a brilliant area to find them because the Palitoy factory, which once made the toys, was based in Coalville in Leicestershire.

“This latest set of toys has come from a private collector in North West Leicestershire and I’m hoping it will do as well as previous major Star Wars finds.

“Many lots had estimates of £40-£60 but sold for hundreds. For example, an original Star Wars Return of the Jedi tri-logo carded action figure, Yak Face, sold for £700 from a £40-60 estimate, and sets of five original vintage Star Wars Stormtroopers made around £400 each.

“When Star Wars toys are untouched and in their original packaging, they’re unmissable for collectors.

“What we’ve found from experience is that buyers come out in force when a major batch of Star Wars toys come up for auction.”