Hermann Vaske attempts to tackle why we are creative in his newest documentary of the same name. Beneath the thin veneer this documentary, helmed by a director who believes he has cast off into the waters of the great thinkers in his pursuit of a single truth to an unanswerable question, is a film clearly […] 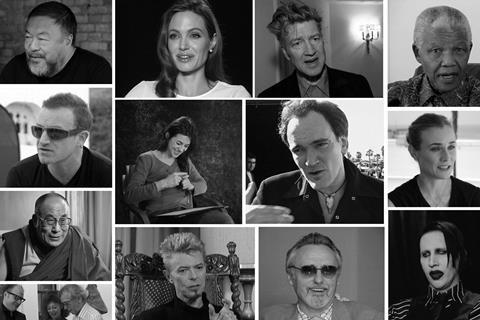 Hermann Vaske attempts to tackle why we are creative in his newest documentary of the same name.

Beneath the thin veneer this documentary, helmed by a director who believes he has cast off into the waters of the great thinkers in his pursuit of a single truth to an unanswerable question, is a film clearly dreamt up by advertising exec.  Slick, stylised, but ultimately lacking in imaginative energy, it is the kind of “creative content,” that has been perfected by marketers, advertisers, and vloggers, vapid and self-indulgent.  Why Are We Creative? could slip past you as you slogged through the internet or fell down a rabbit hole on YouTube.

So the story goes, late one night some 30 odd years ago, after an evening of drinks, Vaske sat with his then boss, creative director of Saatchi and Saatchi Paul Arden, and the conversation fell to the titular question, why are we creative?  An “Aha” moment was had and a documentary born.

The premise, despite its breadth, invites consideration.  And, whilst it is a foregone conclusion that there will be no earth rumbling, cloud-parting epiphany, the idea of journeying into the subject matter is a welcome one.

Disappointingly though, the journey too is predictable, and as Vaske bursts into motion, we travel with him across the globe as he interviews the juggernauts of the creative industries.  From Tarantino to Mandela, Sean Penn to the Dalai Lama, David Lynch, and Yoko Ono, Vaske prompts them all with the same question.

The Director relies on the familiar faces of our literary, screen and stage heroes to do the heavy lifting.  Cutting quickly between short interviews, some talking’s heads others impromptu and conducted on the red carpets of Cannes or the hallways of hotels, they are never given enough time to explore the question whether in relation to themselves or in a broader sense.  So, whilst there are moments of intrigue, these are born less out of insight than they are learning of things like David Lynch’s peculiar answering machine message.

Ultimately Why Are We Creative? is a scrapbook that strings together 30 years of interviews with Vaske’s ambition to generate a conversation, to listen and turn inwards for reflection.  But, for someone who has spent so much of his life trying to understand what drives us to be creative, you’d have thought, he’d worked out a more interesting and insightful (and dare I say it) creative way to do it.