Pixar changed the game for animated cinema when they emerged from under the shadow of Disney back in the mid-90s, and have since gone on to make a string of high-calibre films that have been defined their visual vim and thematic intelligence, achieving significant worldwide success. Nearly everyone has a favourite Pixar film, whether you […] 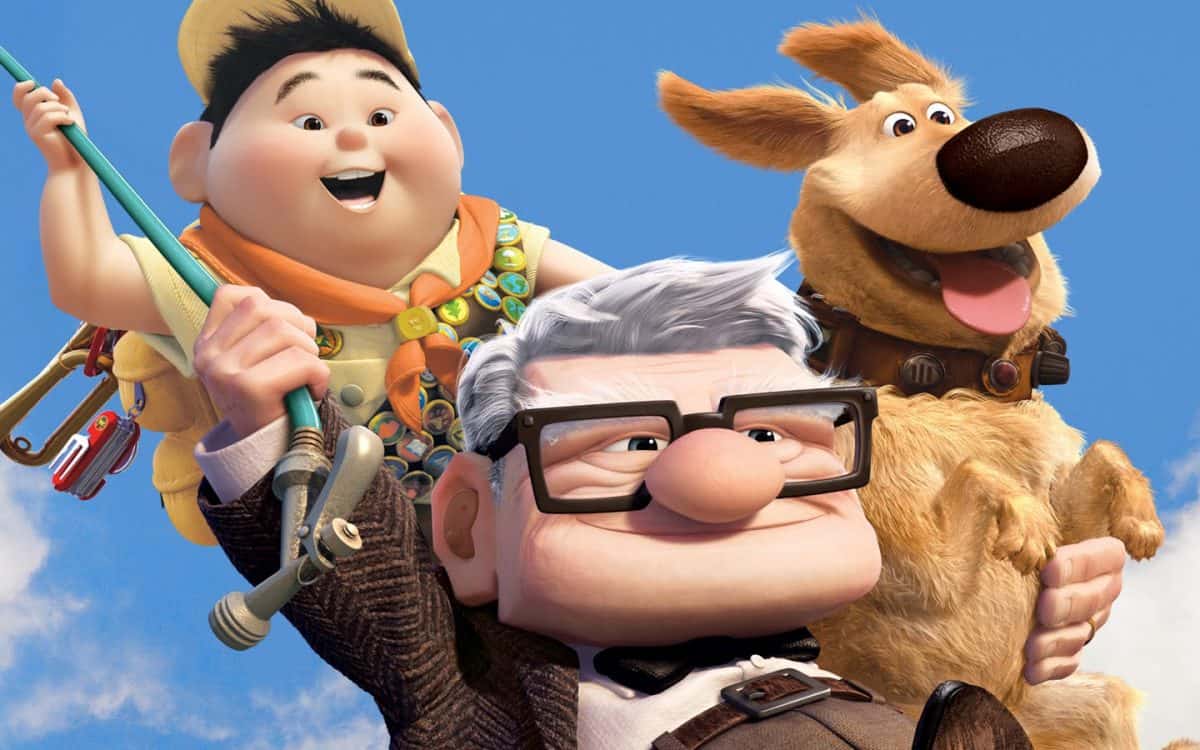 Pixar changed the game for animated cinema when they emerged from under the shadow of Disney back in the mid-90s, and have since gone on to make a string of high-calibre films that have been defined their visual vim and thematic intelligence, achieving significant worldwide success. Nearly everyone has a favourite Pixar film, whether you grew up on the early Toy Story films, or were first introduced to Pixar via the Day-Glo world of Inside Out. These are films built on the joy of imagination, burrowing deep into your heart with their emotionally profound and intellectually thoughtful storytelling. 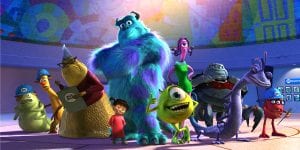 Monsters, Inc. is a film that understands its audience better than any other Pixar film; apart from Inside Out perhaps, a film which left me rather cold if truth be told. Monsters, Inc. and Inside Out contain clear links to each other, more so than any other Pixar films because they are ultimately about the same thing: the childhood experience. Monsters, Inc. considers what it is like to fear, imagine, have hope, and how trust gained over a long period time can crumble in an instant. It’s a film that showcases the purity in childhood, the power of our imagination, and how those first tentative steps into the worlds we create for ourselves frame how we perceive the environment around us. 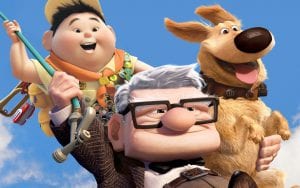 Containing the most devastating opening 11 minutes Pixar has ever committed to the big screen, Up sets its stall out early with what essentially could be the plot to a whole Pixar movie or at the very least, a pre-film short. Up is a film that stands out from the rest of the Pixar canon because it is one where they succeed in getting the use of colour and shape and sense of scale absolutely correct. The film has a rip-roaring intensity in its character’s adventures and use of suspense, which helps to implant the film’s central premise that life is always worth living even if we occasionally, as seen in the opening, topple towards a nightmarish abyss. 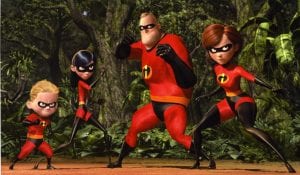 Pixar’s take on James Bond and pre-Marvel/The Dark Knight superhero cinema is a film that holds the viewing public above believing the lies peddled out by Hollywood studios. Although Buddy Pine is the film’s central villain, his line of attack is not only on the Incredible family but also the relationship that fans have with celebrity. This is an often mined topic for those stars/directors at the top of their game, notably Eminem’s “Stan”, but to see what is essentially an action adventure film explore this route is what ultimately holds the film together fourteen years after its initial release. Released in 2004, America needed a hero and Mr Incredible went some way to filling that particular hole but in reality the film asks probing questions of its audience and does not return any easy answers.

WALL-E is a robot who can only converse in beeps & body language, and spends his time traversing the world in his role as a Waste Allocation Load Lifter. Writer-director Andrew Stanton offers us this robot janitor not as something to compare to R2D2 or E.T., but as a study of memory and inheritance. WALL-E is the only robot left from a failed program meant to clean up humans’ wasteful bad habits, and every day WALL-E creates boxes (pre-Minecraft although now they are very reminiscent of the uber-successful game) out of the trash left on our deserted planet. These trash structures express WALL-E’s hunger for purpose and longing to end the loneliness his feels. This loneliness is what strikes so clearly through the heart of the film, emanating from WALL-E’s expressive, sad eyes. WALL-E has learned about desire from an old musical we left behind and although he may be incapable of speech, the message is clear. A truly moving film that deserves all the praise it receives. 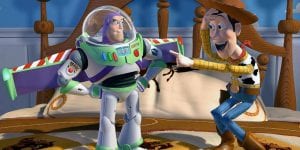 Toy Story was the first film I saw at the cinema – released on the 22nd March 1996 and I was five years old – and it blew my mind. The chase sequence at the end of the film where Woody and Buzz are riding the remote control car, clinging on to Slinky Dog with all their might is seared into my memory – the supposed jeopardy and peril making me feel the power and raw emotion of cinema for the first time. Toy Story was a ground breaking animation with it being the first computer-animated feature and director John Lasseter said of the challenges of working with the medium, “we had to make things look more organic. Every leaf and blade of grass had to be created. We had to give the world a sense of history. So the doors are banged up, the floors have scuffs.” I don’t think I have seen a film since that has filled me with such joy and stimulated my imagination in the same way. My personal love of cinema is indebted to Toy Story, and for that reason alone it needs to top this list.