2017 has blessed the viewing public with some truly outstanding films, including Moonlight and Blade Runner: 2049. The heights of both direction and cinematography have been pushed to their limits, but alas there has to be a flipside. This list is a run down of some of the worst films we’ve seen this year, all […]

2017 has blessed the viewing public with some truly outstanding films, including Moonlight and Blade Runner: 2049. The heights of both direction and cinematography have been pushed to their limits, but alas there has to be a flipside. This list is a run down of some of the worst films we’ve seen this year, all of them are terrible in their own way; some are misogynistic, some are puerile, and some are just naff.

Justice League (Dir. Zack Snyder)
Warner Brothers’ Justice League was dogged with production problems and it shows in the final piece. You can tell that there are two opposing films at play, one that original director Zack Snyder tried to make with his usual degree of CGI-gloom, and one that drafted in editor Joss Whedon tried to re-shoot and jazz up by adding a layer of ‘jokes’ and ‘zip’ which ultimately lead to the film feeling utterly disjointed. It cost $300m, making it the joint second-most expensive film of all time. This fact is astounding considering the film looks like a bargain bin PS2 game. The narrative is limp and disengaging, with purely perfunctory dialogue meaning falling asleep whilst watching it would not be too much of an insult. DC and Warner Bros. have a poor track record when converting comic book heroes to the big screen in recent outings, but Justice League takes the crown for the worst outing of the franchise. 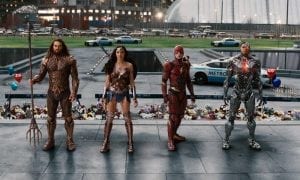 The Emoji Movie (Dir. Tony Leondis)
An obvious inclusion but one that cannot be overlooked. To take the basic narrative from Wreck-It Ralph and couple it with the idea of ‘what if Emoji’s were sentient?’ and you have a film that plays to the lowest common denominator; it’s essentially an 86 minute commercial. The “plot” of the film focuses on some broadly written “characters” and sends them across the interface of a Sony smartphone – the set pieces acting as adverts for the downloadable apps available on said smartphones. Product Placement is a mildly controversial issue, but The Emoji Movie is a corporate shill that would make Space Jam blush. The animation is sub-par and the voice acting phoned-in to say the least. The idea of an Emoji movie is a terrible one, the actual Emoji Movie is somehow even worse.

The Dinner (Dir. Oren Moverman)
A ladle full of melodrama and a couple of A-list stars are not enough to save this turgid drama. The Dinner focuses on a family and how they attempt to deal with their son’s horrific actions. There is a good film hidden somewhere in The Dinner, which was based of an international bestseller of the same name, but the narrative decisions from the director Oren Moverman to constantly uproot the family from the confines of their dinner table ensure that any momentum is lost. Richard Gere turns in a decent performance as a sensible senator, and Steve Coogan enjoys chewing up the screen with acerbic lines of dialogue, but these two performances do not make up for Moverman’s poor construction; a film lacking in both tension and pathos.

Daddy’s Home 2 (Dir. Sean Anders)
Will Ferrell hasn’t made a great film since 2004’s Anchorman: The Legend of Ron Burgundy, and it is questionable whether or not he has made a good film since, either. Daddy’s Home was an average, knock-about comedy with a few passable jokes. What Daddy’s Home didn’t need was a sequel, but hey, this is now the way in modern Hollywood. Stars Will Ferrell and Mark Wahlberg re-appear, with the addition of Mel Gibson and John Lithgow. The fact that Gibson can continue to find work and in a comedy as bankable as a Will Ferrell film is quite hard to stomach, and his character is nearly as reprehensible as his own actions have been. The film’s “jokes” are all in the trailer, and even then I barely raised a smile; seeing it at the cinema was the closest I have come to walking out this year. Daddy’s Home 2 didn’t need to exist, it does exist though, and the best thing to do is to let it die from loneliness in the corner. 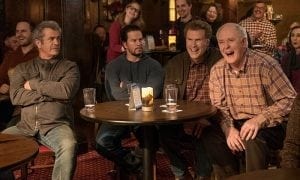 The Book of Henry (Dir. Colin Trevorrow)
Colin Trevorrow directed the cutesy Sci-Fi comedy Safety Not Guaranteed, which surprisingly led him to the director’s chair for Jurassic World, which was a bit naff and stole motifs, left, right and centre from the series’ previous films. He then signed on to direct Star Wars XI, but in the meantime released The Book of Henry. Apparently wishing to delve back into filmic quirkiness, The Book of Henry ends up being a hackneyed, contrived film that is blindly infatuated with itself. The film focuses on Henry, a child genius who is laden with tumours and planning to commit the perfect murder… yep, I know. With the film’s use of child illness and abuse as narrative machinations leaving a rancid taste in the mouth, this is certainly a film that needs to consigned to the annals of history and forgotten about sooner, rather than later. 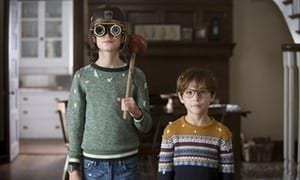