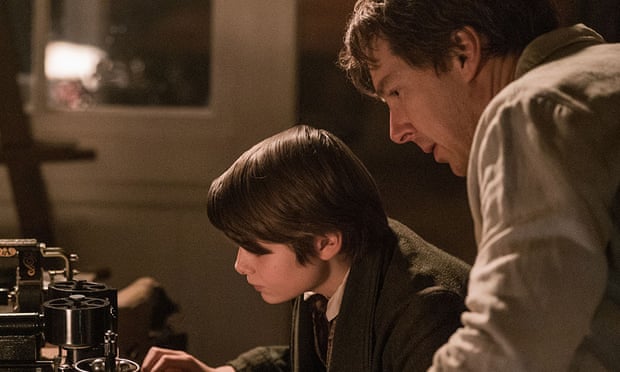 I slightly get the sense that the makers of The Current War wanted to appeal to fans of shows like ‘Peaky Blinders’ or its rather less successful cousin, Netflix’s ‘The Alienist.’ The steampunk theme abounds, with the film’s central conundrum – who will win the battle to spark America, physically and metaphorically (spoiler alert: it’s either Thomas Edison or George Westinghouse) – gives ample space for breath-taking levels of period detail.

This ranges from the beautifully cut 19th century suits to the steam-swallowing night skies that overlook galloping train carriages, freshly-erected pylons and swathes of gleaming machinery, all soon to be brought to life by the new-fangled presence of electrical current. The question is merely which type, direct current or alternating current, and by which seller. For the record, Nikola Tesla gets a look-in too, although not in a massively flattering light (pun intended).

The plays on words are too easy to list, with the film’s title being a particularly unsubtle one. However, given that the film’s original release was pushed back due to its associations with Harvey Weinstein, that’s probably the least of its problems – of which there are many.

Perhaps it’s the fact that the stakes to someone like me, a non-physicist, simple didn’t feel high enough. The detail about different kinds of electrical currents mostly went over my head, and shoe-horning in the moral conundrum faced by Edison of electricity being used as a new form of capital punishment, in the form of the electric chair, merely felt like an attempt to force some emotional heft on a film about the bloodless mechanics of industrial change. Despite some solid performances from the leads, including Michael Shannon, Benedict Cumberbatch and Nicholas Hoult, I wasn’t fully convinced it was a story that ached to be told.

I’m also starting to wonder if Cumberbatch, an actor of staggering versatility, is in danger of being typecast. As Edison, this is at least the third time I’ve seen him play someone in the ‘arsehole genius’ mode, and after Sherlock and Dr Strange, it’s starting to wear a bit thin. His best roles to me – the central protagonist in ‘Patrick Melrose’ or Martin Crief in ‘Cabin Pressure’ – are far from this, and the film feels slightly like it doesn’t make great use of the impressive cast at its fingertips, including a hilarious, incongruously mutton-chopped Tom Holland.

On that note, any substantive female leads are glaringly absent. Edison’s wife, played by Tuppence Middleton, is despatched relatively quickly, and for the most part it treads an increasingly anachronistic path – that of clever, reckless men doing clever, reckless things, largely by themselves, which we all accept, because they are, well, clever. In an age when the press for more and better roles for women has become loud and urgent, The Current War feels uncomfortably pre-#metoo – making the association with Weinstein rather apt.

That said, costume drama fans will certainly find the exquisite cinematography enjoyable, and the presence of Matthew Macfadyen as the iconic tycoon JP Morgan, replete with colossal red nose, is a pleasing touch, along with Hoult’s immaculate turn as Tesla. I’d certainly be keen to see him try a Balkan accent again. Maybe after watching this, stick on some of ‘The Alienist’ followed by the far superior The Prestige, which feature JP Morgan and Tesla respectively.

Other than maybe becoming a future steampunk cult classic, The Current War is unlikely to be a standout of 2019. Perhaps it should have stayed in 2017.