By Stephen Mayne @finalreel Massimo is a man who should have it all. He lives in a world of elegant apartments and swanky parties before heading out to fashion shows, football games, and war zones, the varied diet that comes with his journalism job. Yet for a man living such an interesting life, he’s not […] 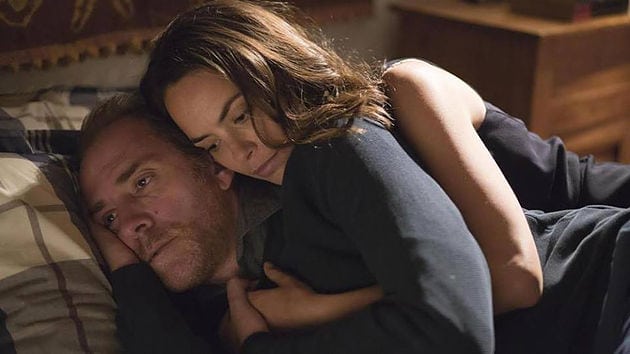 Massimo is a man who should have it all. He lives in a world of elegant apartments and swanky parties before heading out to fashion shows, football games, and war zones, the varied diet that comes with his journalism job. Yet for a man living such an interesting life, he’s not actually lived a single minute of it. Sweet Dreams is a surface deep attempt to show how childhood trauma can destabilise everything that follows.

Marco Bellocchio is no novice – the Italian director made his debut over half a century ago – and his sure hand shows in several scenes. What’s far less successful is how they fit together as a whole. The story mixes flashbacks to Massimo’s youth with his struggles as a middle-aged man yet to let go of the past. He’s a mopey, passive figure for much of Sweet Dreams. Valerio Mastandrea as the older Massimo has little to work with, stuck with a set of instructions that seem to dictate he remains distant at all opportunities.

That past centres on the death of his mother in rather sudden circumstances. Bellocchio throws a couple of carefully framed scenes of mother and son playing around the apartment together, or sitting up watching horror films. It’s all very striking, even if that impact drains away when the story jumps forward.

The action continues with a certain sweeping grace, and the addition of Bérénice Bejo injects a little life, even if her role as designated love interest never feels more than a forced aside. She does at least tempt Massimo into the best moment of the adult sections, forcing him onto the dance floor to jig about to “Surfin’ Bird” with all the gusto he refuses to show for anything else.

That she’s the only one doing anything is odd given everyone seems to know about his mother-complex, including a distant father and all his work colleagues, but no one offers much in the way of help. Even a pertinent fact is kept from him until near the end, dropped in for an emotional kick not forthcoming due to the placid nature of too much that’s come before.

There’s simply no real effort to dig beneath just why Massimo is so damaged by the loss of his mother; the effect taken for granted. While Freud would have delighted in the way an unresolved mother complex continues to impair Massimo’s life, for everyone else it’s all a little boring underneath that pretty scenery.

Sweet Dreams is on general release from Friday 24th February.