By Jim Mackney Nearly forty years have passed since The Shining was first released in 1980. It was Stanley Kubrick’s only proper foray into horror but it can be said that many of his films, A Clockwork Orange for example, have heavily flirted with the genre. This Halloween the film is being rereleased in glorious […] 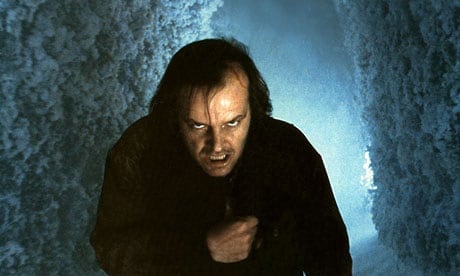 Nearly forty years have passed since The Shining was first released in 1980. It was Stanley Kubrick’s only proper foray into horror but it can be said that many of his films, A Clockwork Orange for example, have heavily flirted with the genre.

This Halloween the film is being rereleased in glorious 4K! Is it worth the admission price, after nearly forty years? The honest answer to this lies somewhere in the unhelpful, no mans land of yes and no. For all of the good that remains, the film is still agonisingly slow at times and it could be argued, difficult.

Stephen King, upon whose book of the same name the film is based, has been known to be cool towards the film once stating in a BBC interview that Kubrick’s characterization of Wendy Torrance, played by Shelly Duval, was “one of the most misogynistic characters ever put on film. She’s basically just there to scream and be stupid. And that’s not the woman I wrote about.” Earlier in the interview he also said, “I felt that it was very cold, very, ‘We’re looking at these people, but they’re like ants in an anthill, aren’t they doing interesting things, these little insects’ ”. The reasons for this are perhaps best understood when considering both men’s approaches to creating art. One is an aesthete and the other is a humanist. Kubrick is known for creating richly detailed worlds that ultimately have the air of an art gallery about them. King is focused on the everyday aspects of a story, having an average Joe capable of both evil and heroism. Both these ideas can be held up as a reason to worship or beat the artists.

As I sat and watched, Jack Nicholson’s performance as Jack Torrance still failed to ring true. Torrance is supposed to be consumed by the everyman desire to live a wonderful life as a writer but instead comes across as a fiendish auteur, imperious to those around him. Nicholson’s performance long held up as iconic is full of normal Nicholson weirdness and a camp manic nature that removes you from the film. Depth is attempted via Torrance’s dialogues with his son and the fictional hotel staff but this does nothing but add a layer of sheen to proceedings. When the violence does eventually kick in it is welcome and the film almost shakes off its look but don’t touch aesthetic.

Watching The Shining in gloriously realised 4K was ultimately a pleasurable experience, and one that I imagine on Halloween night with some friends, who may or may not have seen it, would be worth your while and ultimately your money. Fundamentally the viewing pleasure of the film is always going to come down to what you already know about the film. If you haven’t seen it you may find the laborious build up tedious and conversely, if you have, you’ll continue to enjoy it. Regardless of what I think, it holds a place amongst the most loved horror films ever created and this 4K rerelease will be welcome to those who love the film already but for those who have not seen it and are expecting a masterpiece, they may be left as cold as the Colorado winter.

The Shining plus a special bonus feature is in cinemas from Tuesday 31st October.