Shakespeare and Quentin Tarantino will unite in a modern adaption of Macbeth. The timeless, blood-soaked tale of murder, lust and power is to get a modern movie makeover as filming takes place in Birmingham on a reworking of the tragic play that plays homage to some of director Quentin Tarantino’s best-loved films. ‘Macbeth – Kill Bill […] 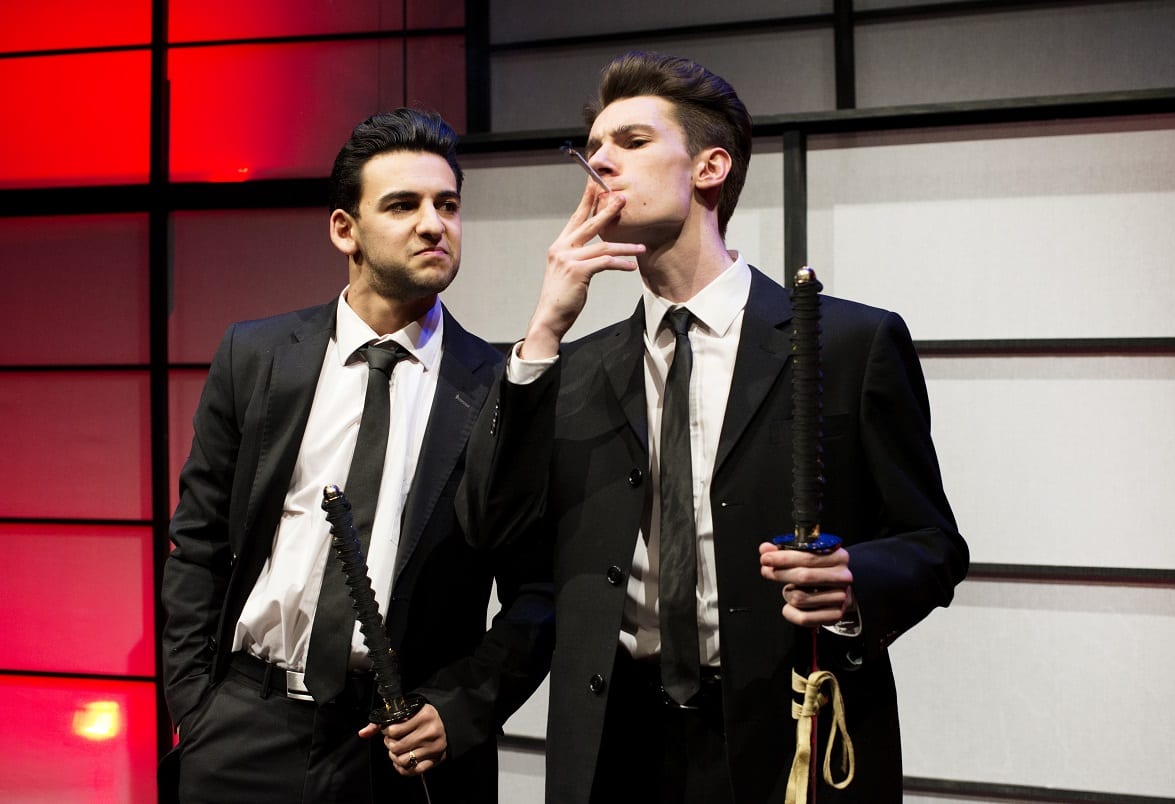 Shakespeare and Quentin Tarantino will unite in a modern adaption of Macbeth.

The timeless, blood-soaked tale of murder, lust and power is to get a modern movie makeover as filming takes place in Birmingham on a reworking of the tragic play that plays homage to some of director Quentin Tarantino’s best-loved films.

‘Macbeth – Kill Bill Shakespeare’ is an imaginative take on one of the world’s most famous plays, with the production staying true to the original text. However, the images and style of ‘Reservoir Dogs’, ‘Pulp Fiction’ and ‘Kill Bill’ will collide violently on screen with Shakespeare’s verse, creating an exhilarating black comedy.

The cast will be made up of graduates from Birmingham School of Acting, who starred in the stage version that proved a hit with audiences in Birmingham earlier this year and commemorated 400 years since the death of William Shakespeare. Macbeth’s descent into madness, his relentless pursuit of his own destruction fuelled by paranoid fantasies of power and betrayal, find poignant echoes in the violent world inhabited by Tarantino’s gangsters, drug dealers and deadly assassins. Underscored by a highly charged modern soundtrack, cinematic form and theatrical convention combine creating a movie that promises to be fast, furious, comic and provocative.

The film will be shot over 12 days in September this year in Birmingham City University’s £62 million Parkside Building, where the filmmakers will have access to the institution’s cutting edge facilities in its four studios, as well as Europe’s largest static green screen. Acclaimed theatre director Malachi Bogdanov said: “This a fantastic opportunity to create a movie that will change the way young people look at Shakespeare and hopefully inspire them to explore his great works a little further.”

“We believe that for younger audiences, the accessible nature of the project will have a wide-reaching appeal. Getting young people to appreciate Shakespeare, or indeed any classic, is a hard sell, but the enormous amount of positive feedback and reviews from the live shows means we’re on the right track.

“We all believe passionately in this project and feel that it can make a difference to the way Shakespeare is taught in schools and perceived by young people. Thanks to the support from Birmingham City University and Birmingham School of Acting, for a relatively small investment we can together create something that has mass appeal and is something we believe has never been done before.”