By Linda Marric Director Laura Poitras (Citizenfour, 2014) spent 6 arduous and paranoia-filled years documenting the life of one of the most controversial figures in recent times. In Risk, Academy Awards winner Poitras offers a fascinating character study of Wikileaks founder Julian Assange, and charters in a very detailed fashion his rise from revered freedom […] 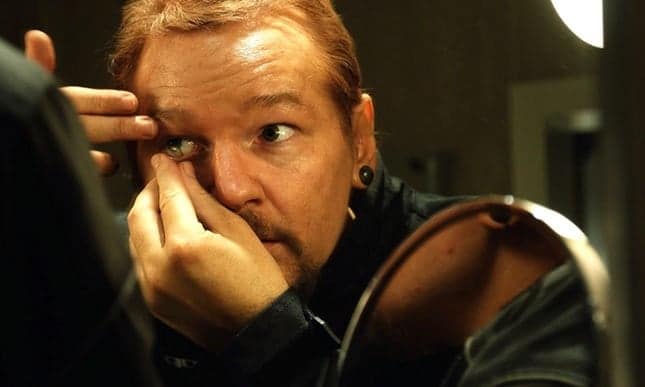 Director Laura Poitras (Citizenfour, 2014) spent 6 arduous and paranoia-filled years documenting the life of one of the most controversial figures in recent times. In Risk, Academy Awards winner Poitras offers a fascinating character study of Wikileaks founder Julian Assange, and charters in a very detailed fashion his rise from revered freedom of information hero, to maligned villain hiding in a foreign embassy to escape a sexual offence investigation. Risk is a complex yet thoroughly accessible piece of filmmaking which manages to be informative, without ever taking sides.

Having had unprecedented access to NSA whistleblower Edward Snowden in Citizenfour, Poitras is this time afforded just as much access to Assange and his team. Her involvement with the organisation soon sees her be part of one of the most talked about events in our lifetime. The director first approached Wikileaks right after their famous publication of the Apache helicopter video which showed American soldiers gunning down unarmed Iraqi civilians, including two Reuters journalists. The footage, which was leaked to Assange by a young Private in the American armed forces named Bradley (now Chelsea) Manning, was shared around the world and resulted in the detainment of Manning, and later led to Assange becoming enemy number one in the United States.

As we meet Assange for the first time, he is at the height of his popularity. Surrounded by well-meaning brave men and women working tirelessly to expose big state secrets, we immediately get the impression that he is enjoying the chaos and hype around him. Poitras manages to capture some truly astounding moments in which Assange behaves as if there are spies everywhere listening to every word which comes out of his mouth. He whispers creepily to those closest to him, yet lets Poitras have access to pretty much anything she wants. As we enter this weird and wonderful world of secrets and lies, it becomes impossible to know who the man really is. Poitras does a fantastic job in being fair and just to her subject without ever letting on about her own feelings or judgement, something she should be commended for.

Risk is as urgent as Citizenfour was a few years back, even if its subject is clearly less likeable then Snowden. Whatever your opinion of him, Assange cuts an iconic figure as one of the most important men of the 21st century so far and the film does a fantastic job in presenting all the facts and avoiding speculation. Poitras’ pedigree as seeker of truth sees her maintain a fantastic work ethic, despite difficult demands from Assange’s legal team who insisted that she removes several scenes from the film as to not incriminate him in any way. Risk is a great film which is sure to please all those who work tirelessly to unveil state secrets and is even likely to score points with those who don’t particularly trust or sympathise with Assange, but are happy to support his cause for the greater good.

Risk is in cinemas from Friday 30th June.