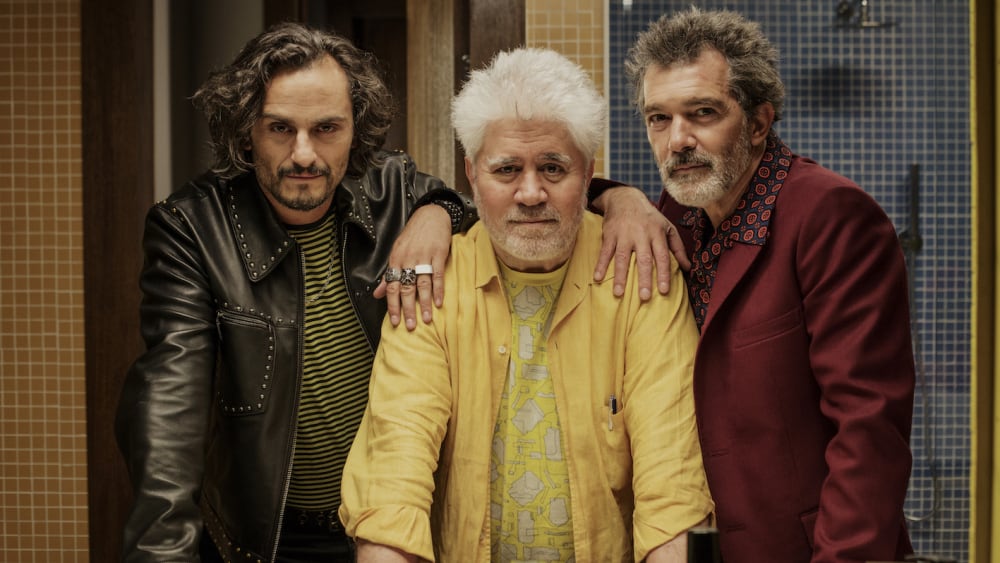 A successful yet morose director is invited to an anniversary retrospective of his most famous work, leading to a reunion with the leading actor he fell out with decades ago. This life event spurs recollections of his childhood, and a looming threat of drug addiction.

A young man’s fascination with art culminating in a stellar career as a filmmaker yet living a strangely empty life is the plotline of Giuseppe Tornatore’s Cinema Paradiso, and Pedro Almodovar makes the wise decision to focus as much on middle age malaise as childhood wonder in Pain and Glory. Both are wonderful films in their own right, but it many ways this work may be seen as Cinema’s older, rougher brother.

As the lead Salvador, Antonio Banderas is expert at capturing moments of quiet pain and also explosive feeling, all with a more sensitive edge than his truly sociopathic turn in Almodovar’s The Skin I Live In. Penelope Cruz likewise excels as the working class mother balancing a younger Salvador and all the many weights of the world.

While there are moments of beauty and sensitivity as to be expected, there are also flashes of high comedy, usually coming between Salvador and his erratic former muse Alberto (Asier Etxeandia). One standout moment comes in what could so easily be cliche, as Salvador tries drugs for the first time.

This is also a film unafraid to make the explicit link between art and sexuality, a theme than can be seen to run through Salvador’s entire life. Almodovar is gay as is Salvador, yet the film almost make a point of showing that gender and preference pales in comparison to genuine, enduring connection.

Almodovar is a slow burner of a film maker, leaving an audience never quite sure of what they have watched until the final frame (the composition of which is invariably critical). As with every feature of his I have watched sans his slipshod opener Pepi, Luci, Bom, this master director has woven something spectacular and genuinely memorable. Pain and Glory turns the lens on himself for what may be one of his most personal movies, and comes away with tacit acknowledgement of both the beauty in art and the inherent incompleteness in us all.