By Wyndham Hacket Pain There was potential for a film about a current athlete who has only recently witnessed major success to feel like an EPSN special, looking behind the scenes of their success. No Easy Mile is more subtle than this and contains much more cinematic skill than the average sports documentary. It may […] 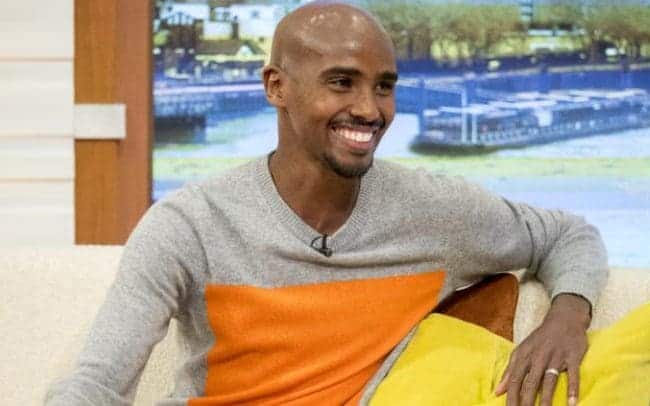 There was potential for a film about a current athlete who has only recently witnessed major success to feel like an EPSN special, looking behind the scenes of their success. No Easy Mile is more subtle than this and contains much more cinematic skill than the average sports documentary. It may not reach the heights of Asif Kapadia’s Senna, but there is definitely an attempt to delve deeper into the achievements of track athlete Mo Farah than most comparable films do.

No Easy Mile charts Mo Farah’s journey from Somalian migrant to revered athlete, as well as examining Farah’s preparations for this year’s Rio Olympics. There are times when it is hard to differentiate recent and archive footage, and it can be difficult to place less well known races within the timeline of his career. Farah is generous in the access he gives the filmmakers and there is no sense that he is trying to hide aspects of his life from the cameras. Interviews from those who have known the athlete personally are added to contextualise his triumphs but end up in most cases feeling surplus.

The original score by Ian Arber and Dave Rowntree is very effective and well judged, and is able to match the range of moods held within the film. Even with diverse musical styles, the score never feels out of place and manages to amplify the emotion of events, without feeling forced or manipulative.

At a mire 78 minutes, the No Easy Mile is all too brief. Each stage of Mo Farah’s life are not given the time they need to be adequately explored. Farah’s early life in Somalia and decade long separation from his twin brother are detailed but before we understand the true impact this had on his life the film has moved on. Even though Farah and his wife Tania are always open and honest, particularly when speaking about their family and how he has to prioritise training over those closest to him, I was left feeling that I knew little more about the Olympian than I did before.

It is understandable why this film was made now, but with Farah still competing and with less than six months having past since the Rio Olympics, it’s difficult for a film to make any conclusions about his career and legacy. No Easy Mile may have given a more thoughtful look at Farah’s achievements if it had been made once his career had finished and could be put in full perspective.

Mo Farah’s journey from war-torn Somalia to the pinnacle of sport is remarkable and must have required immense determination and force of character. The British public know Farah as a friendly and likable athlete and the film adds intrigue to the public persona, but is it difficult not to feel that there are complexities to Farah’s character which are completely overlooked. No Easy Mile will be of interest to athlete’s fans and those who had their imaginations captured by the last two Olympics, but if you are looking to gain an insight into the mind of a four time Olympic champion you will be left disappointed.

No Easy Mile is out on DVD from Monday December 5th.