Making Noise Quietly is an exploration of three conversations in three distinct eras of the twentieth century, all related to those feeling the impact of wars being fought far away in time or space. 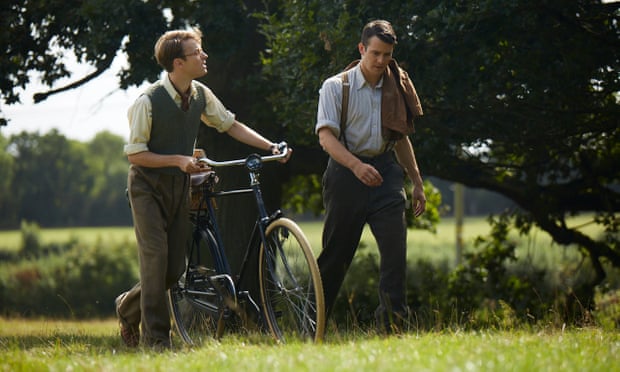 Adapted from the play by Robert Holman, Making Noise Quietly is so dialogue dependent that its cinematic transfer feels rarely justified. This is especially true of sections set in 1944 and 1982, with characters that feel largely unbelievable and exchanges between them interminable. For all its contemplations on war nothing of note sticks out, and its fundamental theme that conflict impacts those who do not directly participate is too obvious.

This is especially true of an ‘80s section in which a naval officer tells a woman her son has died in combat. The film seems to be relying on the situation itself to transfer pathos rather than any humanising of the characters or a subtext that challenges this. None of this feel of monotony is helped by a wispy, exclusively piano based score based in an unresolved framing device for the three shorts.

This could be a more memorable film if the first two segments were skipped entirely, and focus was placed on the final third which shares its title with the film. Playing a former solider facing great difficulties in raising a stepson with non-verbal autism,  Trystan Gravelle delivers the best performance of the film. This section is also set in the Black Forest of Germany, something which also seems to resonate with director Dominic Dromgooleas as he allows for the advantages of using a visual medium for the first time. The flatness is not entirely avoided here, but always there more of a feeling that this narrative has a final destination in mind.

While Making Noise Quietly is far from an effective film overall, yet if you are looking for a passably interesting short it might be worth skipping to the final segment, where it feels the film’s creative passions lie.