Wyndham Hacket Pain @WyndhamHP As someone who spent the last three years of their life studying geography at university I am well versed in the stories of colonial adventurers, like David Livingstone, and their expeditions to the unexplored realms of the then British Empire. As a result there was something rather familiar about James Gray’s […] 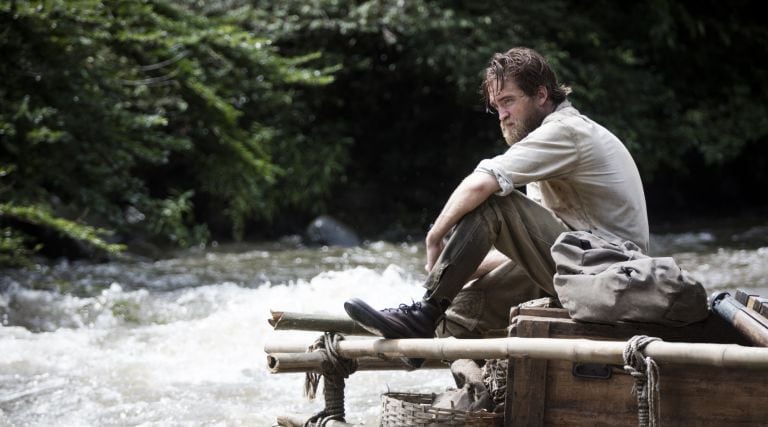 As someone who spent the last three years of their life studying geography at university I am well versed in the stories of colonial adventurers, like David Livingstone, and their expeditions to the unexplored realms of the then British Empire. As a result there was something rather familiar about James Gray’s latest film that reimagines one of these tales.

Based on real life events, The Lost City of Z tells the story of Colonel Percy Fawcett who is tasked by the Royal Geographical Society and British army to explore the Amazon. Upon his return he declares that he has seen evidence for a previously unknown civilisation. With the wider scientific community sceptical of his findings he returns to the jungle in search of a lost city.

It is a credit to the filmmakers that they escape the commonly trodden narrative of the sophisticated coloniser and primitive native that has been told far too many times before. Fawcett is willing to jettison his reputation to proclaim the achievements of the inhabitants of the Amazon and is prepared to risk his life to return to the jungle in the hope of discovering their lost civilisation. Last year’s Embrace of the Serpent which took the perspective of the native rather than the coloniser, may have a more interesting and progressive perspective on this kind of story but The Lost City of Z remains a welcome addition to the adventure story arsenal that is more thoughtful and sincere than most.

Central to the plot is a tense dynamic between Fawcett and his son. The relationship is interesting but adds more dramatically than thematically. These are scenes between father and son, rather than scenes about them. This is exemplative of the film as a whole, where interesting elements and topics exist for dramatic effect rather than thematic exploration. For a tale about discovery the characters and themes on display remain curiously unexplored. It is this that separates it from the great films in this genre that are as ambitions as those they depict.

The grainy quality of the cinematography does give the film an authentic period feel, but is not sharp enough to highlight the landscape that it inhabits. The images of the jungle are too soft and short in focus to allow for swooping or wide lens shots. More precise camerawork may have created a more modern feel but would have also shared with the audience the beauty of the Amazon that fascinated Percy Fawcett for all those years. Unlike in most films about an expedition to the jungle, the hardship and harsh environment is not enough to overcome the beauty of the scenery and the thrill of discovery that attracted Fawcett to the area time and again.

The Lost City of Z is definitely too long and would have benefitted from being at least half an hour shorter. Where most films that chart dangerous expeditions focus on a single trip, Fawcett finds himself moving between rural England, the front line, and the Amazon several times. The cutting of a few scenes would have definitely made the story feel more focussed and settled. It can feel like there are two films taking place at the same time, one about heroics in South America and another about the domestic lives of those left behind. A stellar cast includes Robert Pattinson and Sienna Miller.

The Lost City of Z is an old-fashioned tale of exploration and adventure that despite being too long and sometimes unfocussed is able to entertain with its classical style and charm.

The Lost City of Z is on general release from Friday March 24th.