“Buddy the Elf, what’s your favourite colour?” I have wanted to answer the telephone and say that to someone ever since I first watched Elf, but considering it would probably make me look like a mad man I haven’t. Instead, I quote it in my head every time someone mentions the film. The line itself […] 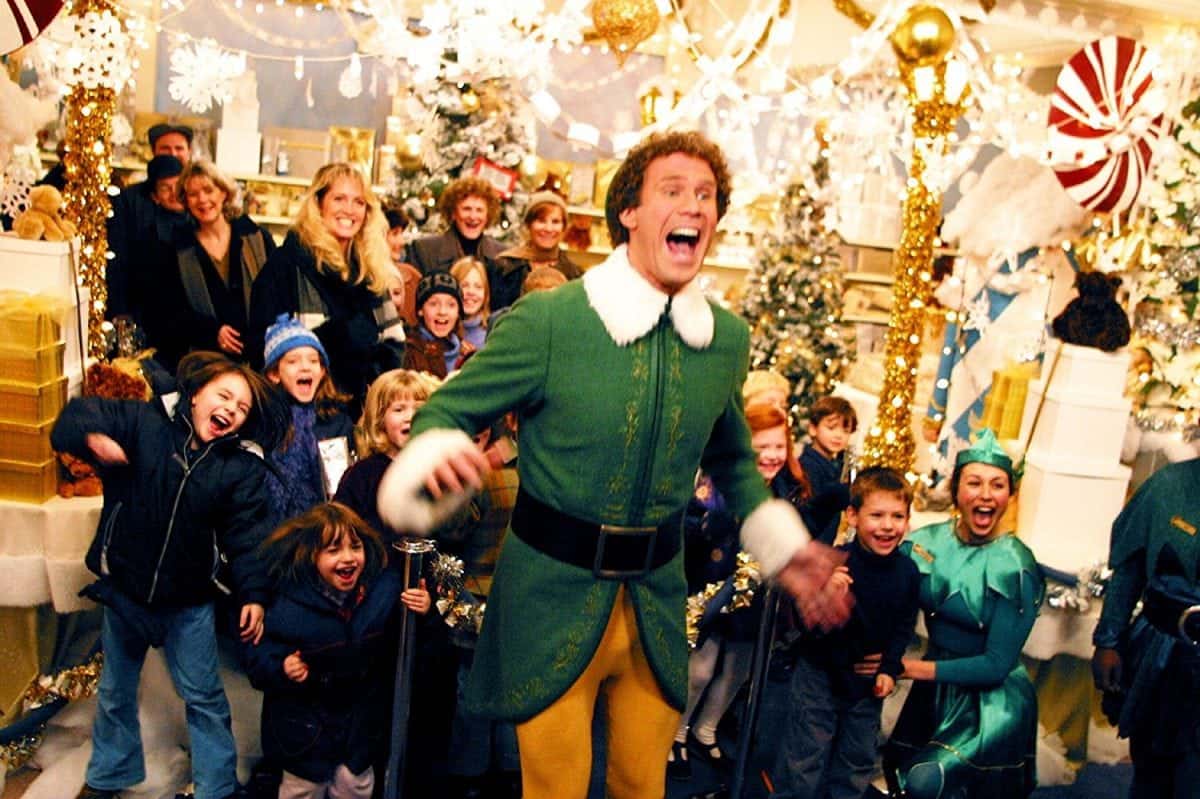 I have wanted to answer the telephone and say that to someone ever since I first watched Elf, but considering it would probably make me look like a mad man I haven’t. Instead, I quote it in my head every time someone mentions the film. The line itself is silly – no one needs to answer the phone in that way, but Will Ferrell’s beloved character is just the right side of cheerful to not become twee, which is fitting because Elf is a film that is forever linked with joy and finding the good in people, in turn making it a perfect Christmas film.

I am one of those people who are lucky enough to have been born on Christmas Day. Historically when I have shared this information with people for the first time, they often groan on my behalf or act disappointed for me. The reaction to this news no longer registers with me, and I quite happily explain that I had to be born sometime and that I quite like it. As you get older, the celebration of a birthday or Christmas tends to be one of ever decreasing expectations – people make less of an effort, it feels too much of an effort even for you to get excited about, and the next thing you know you’re sat in front of a Colin the Caterpillar cake with a solitary candle whilst wearing your new set of gardening gloves and frankly, sod that. Having my birthday on Christmas means I am still just as much of a big kid as I was when I was seven, and no one really has the heart to tell me to take it down a notch. It’s bloody great.

Elf is wrapped up in all of the wonder of Christmas for me. I first received it as a gift on VHS many Christmases ago, and I have watched yearly ever since. Admittedly, I have also watched it not at Christmas, but in the last few years Elf has become more of a Christmas treat, along with that almighty don of the Christmas films: The Muppets Christmas Carol.

During university I lived in a house share with two friends, and we all loved Christmas. We had a small, synthetic Christmas tree on our coffee table and lots of crappy tinsel hung up everywhere. Poundland is haven for novelty Christmas tat and we gorged ourselves in turning our home into a den of Christmas awfulness, we loved it. When the year entered the month of December we would change up our near-nightly film viewing (we all had extensive DVD collections in the time before Netflix) and crack out the Christmas films. The Muppets was a shoo-in, as was Die Hard. I think we may have included something new once or twice (I remember once being told we were going to watch Love Actually and I walked out of the room) but we all agreed on the fact that Elf is a classic, and shouldn’t be taken lightly (simpler times).

It was at this point that I became an ardent fan of Elf, but really, underneath of all of the silliness and quotable dialogue, it wasn’t about watching the film at all, it was about spending quality time with two mates, surrounded by terrible Christmas decorations, scoffing a fifth mince pie, and nursing an unnecessary amount of Mulled Wine.

Last year, I was lucky enough to be treated to tickets to a screening of Elf at The Prince Charles Cinema in Leicester Square by my girlfriend. They even threw in a free mince pie and alcoholic drink, bless ‘em. Sharing my love for a film so silly, so whimsical, so Christmas with her was delightful, and ultimately brings me back round to why I don’t hate my birthday being on Christmas Day… Christmas should be a time of excess, companionship, enjoyment and laughter, and I have been lucky enough to say that I’ve experienced this magic, annually.