It is easy to get caught up in the annual awards coverage and forget that entries are films, and not just news stories. Articles surrounding Hidden Figures have placed a large emphasis on its diverse cast and how it is somehow an antidote to the failings of last year’s nominations. All this attention seems rather […] 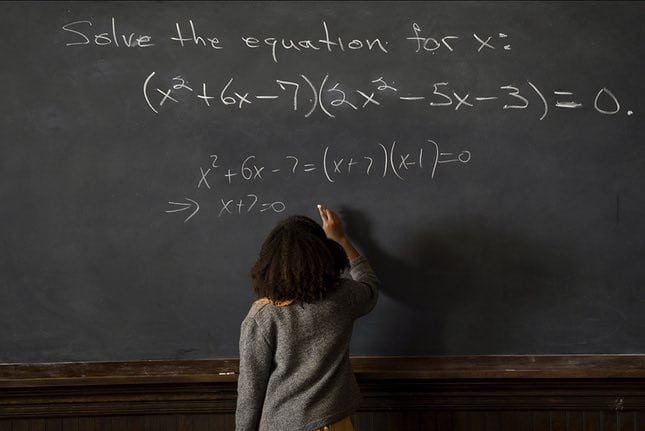 It is easy to get caught up in the annual awards coverage and forget that entries are films, and not just news stories. Articles surrounding Hidden Figures have placed a large emphasis on its diverse cast and how it is somehow an antidote to the failings of last year’s nominations. All this attention seems rather unfair, as it ignores the merits and qualities that are on display in this film.

Set in 1960s Virginia, where racism and sexism were generally accepted facts, Hidden Figures centres around three black women working for NASA, whose calculations played an important part in a number of now historic space missions, including John Glenn’s orbit of the Earth. Katherine Johnson (Taraji P. Henson), Dorothy Vaughan (Octavia Spencer), and Mary Jackson (Janelle Monáe) are all exemplary mathematicians trying to gain the recognition they deserve within a segregated workplace.

The plot is mostly accurate and never feels like it is manipulating real life events for affect. Instead what plays out is a generalised account and dramatisation of Margot Lee Shetterly’s book of the same name. The achievements of the characters in the film largely correlate with real life events. Katherine Johnson really did become the first woman to be part of the Flight Research Division, Dorothy Vaughan did become supervisor of the West Area Computing unit, and Mary Jackson did become NASA’s first black female engineer.

The three leads are enjoyable company and it is easy to be absorbed in their successes and struggles. They all put in good performances, and you would never guess that Janelle Monáe, who is best known for her music career, only has one other screen credit. The supporting cast, that includes Kirstin Dunst and Kevin Costner, is equally good, even if Jim Parsons, playing lead engineer Paul Stafford, is unable to shed his Big Bang Theory image and can at times feel like he is playing to type.

Hidden Figures is very much a mainstream and accessible retelling of events. Not every film about race is going to be 12 Years a Slave and there is definitely a place for stories like this. Theodore Melfi, whose only previous feature was 2014’s St. Vincent, is able to create emotionally satisfying moments without too heavy a hand. The score by Hans Zimmer and Pharrell Williams may have a couple obvious or unimaginative song choices, but does contain uplifting crescendos at all the rights moments.

Comparisons have been made with The Help and there are a number of legitimate similarities: their 1960s setting, visual tone, and lead actor. Hidden Figures, though, is bolder is its storytelling and its presentation of black women striving for collective empowerment. There is always a balance kept between the uplifting storyline and the challenges that the characters face. This did mean at times I wished that it could have delved deeper into the issues that it presents.

It is a huge credit to the film that it is able to add diversity to what has so often been a whitewashed and masculinised history. For too long the achievements of certain people have been unfairly overlooked and I am glad that this story was been retold so well. Hidden Figures may not be cinematically or narratively adventurous, but it sets out to deal with the subject of race in an accessible way and is successful in this respect.

Hidden Figures is on general release from Friday 17th February.

Donald Trump launches bid to return to the White House