★★★★☆ The reality of living at the intersection of what is essentially a war-zone and having to continue with everyday life makes up a great deal of Arebi’s insightful documentary about the fight to bring women’s football to Libya. Desperate for recognition and acceptance from both the government and the public, the team train hard […] 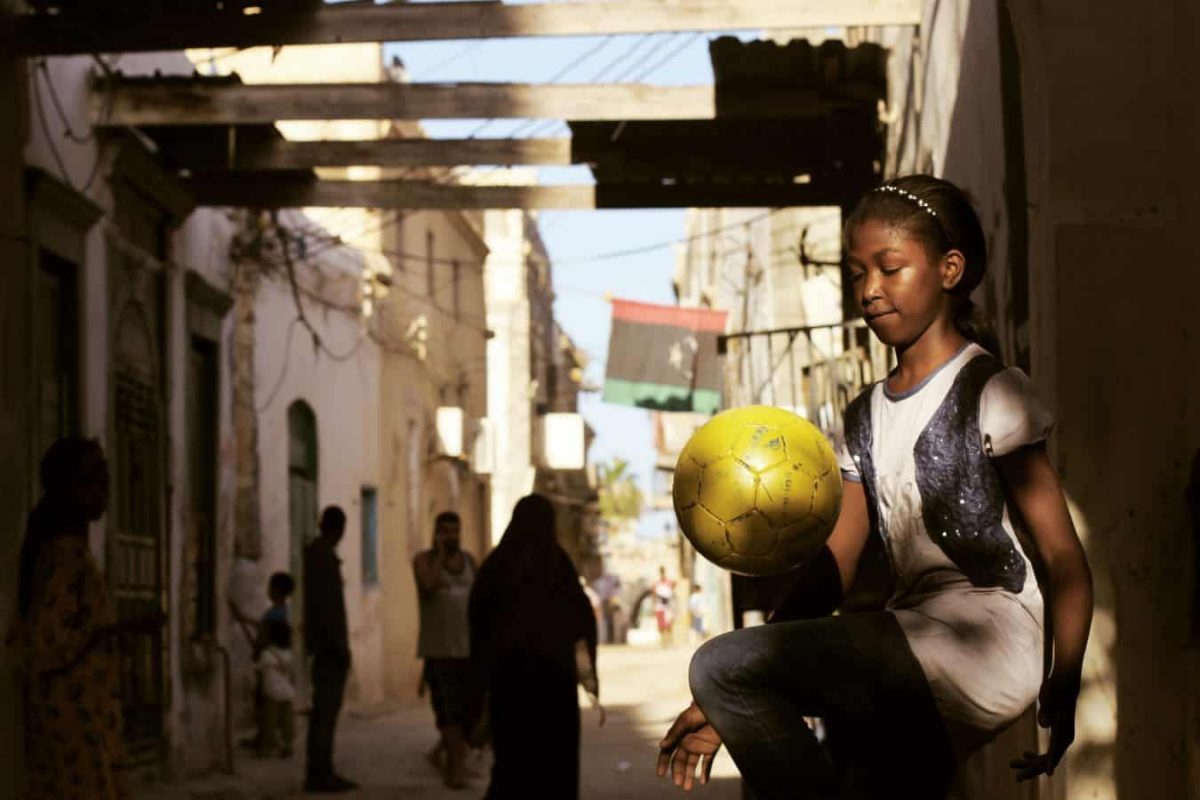 The reality of living at the intersection of what is essentially a war-zone and having to continue with everyday life makes up a great deal of Arebi’s insightful documentary about the fight to bring women’s football to Libya. Desperate for recognition and acceptance from both the government and the public, the team train hard with their sights set on actually playing a first international match. As talented as they may be (and they are clearly skilled players), the team are plagued with setbacks – predominantly sabotage from government officials and religious leaders decrying the idea of women running around on a football pitch when they should be at home caring for the family. Arebi’s documentary could not hit cinema screens at a better time: the 2019 Women’s World Cup in France is currently garnering more media attention than ever before, and Freedom Fields feels like a perfect companion piece.

Arebi herself grew up in Hastings and only travelled to her father’s homeland of Libya for the first time in 2011. Freedom Fields is the result of five years spent with the team, recording their highs and lows through the aftermath of the revolution of 2011. To begin with, there is hope and optimism in the new regime, reflected in the high spirits of the team at the start of the film. This slowly changes over the years as Arebi captures the resilience of the players-turned-activists against archaic ideas about gender.

Whilst the entire team are involved in the film, three of the women take centre stage as almost accidental activists through their passion for the sport – Naama, Halima and Fadwa. They each come from varying backgrounds and have different relationships to the traditions and culture of Libya. As director and cinematographer, Arebi lets the team speak for her themselves – the film feels unfiltered and authentic through the off the cuff camera work and spur of the moment (often very heated) conversations.

The film struggles slightly with its timeframe – the film jumps from post-revolution 2011, then to 2016, to the third part of the film which is a short update on what Naama, Halima and Fadwa are doing now. At points, it becomes hard to follow what has happened to the women and the wider team in the years we have missed. The conflict in Libya is a difficult one to capture on film, however, and Arebi has certainly done the women proud with the final result.

This isn’t the first documentary exploring gender inequality in sports, particularly in countries where women have relatively little independence and/or rights. Afghan Cycles, The Boxing Girls of Kabul and Speed Sisters have all tackled the momentous topic of human rights through the lens of sporting activities in recent years. Freedom Fields stands alongside these films, Arebi’s connection to the women she films providing a deeper understanding and empathy of the situations they face on a daily basis, as well as their desire to bring football to women across the country. Whilst discrimination and inequality persist, Freedom Fields is unlikely to be the last of its kind either – but if these documentaries continue to offer the kind of insight Arebi’s does, then perhaps things can begin to change.