Michael Fassbender’s Brandon in Steve McQueen’s Shame is a sex addict locked in a prison of his routine. He spends his days trawling through pornography. His office computer is so flooded with it, it has to be carted off for a deep clean. By night, Brandon picks up women from bars for casual, throw-away sex […] 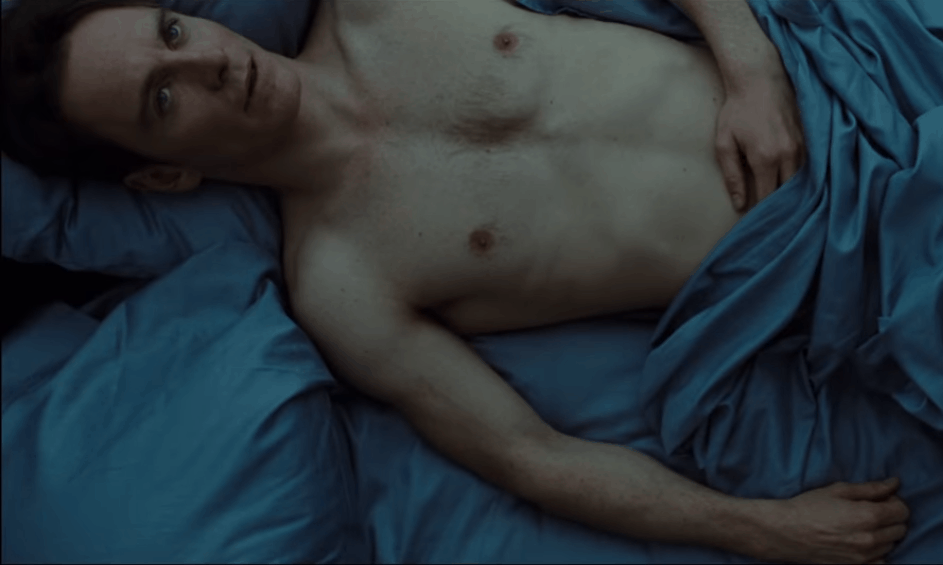 Brandon is handsome, well groomed and his stoicism easily misread as sexily mysterious. He lives in a ritzy, high-rise apartment in downtown Manhattan, a sterile, bare, white-walled place, devoid of any character or semblance of his personality and history. On paper Brandon is Patrick Bateman, an American Psycho. But, Brandon is a deep feeling man in constant conflict with the inner turmoil of his body and soul and attempt to mask his fragility. The two share damage that has manifested itself in different ways, but works to the same effect. They are self-loathing and lonely and both unable to put down solid roots. Sissy, who works as a bar singer, drifts from city to city latching onto anyone who accords her the time of day, her brother removes himself, existing in isolation.

McQueen’s New York is big, but lonely, often caught in a thin mist and steady spittle of rain. The dampness muffles the streets and bathes them in an eerie silence that gives the city an otherworldly feel and Brandon floats through it like a ghost. What we soon discover is that what Brandon fears most is his capacity to love and share emotional connections.

When Brandon and his philandering boss, David (James Badge Dale), go to see Sissy sing and she performers a hauntingly beautiful rendition of “New York, New York,” Brandon is briefly, but very powerfully overcome by emotion. He sees his sister as more than the dependent he has painted her as and is momentarily struck by the pride that he feels for her. But, Brandon struggles with these moments and when a date with a co-worker results in a sexual encounter that requires genuine feeling, he is unable to perform, the consequences of which see him embark upon a depraved sexual odyssey.

McQueen is unflinching in his portrayal of sexual addiction, committing as much to the sexual acts as the moments between them. Long takes allow scenes to unfold, maintaining Brandon’s sense of isolation whilst simultaneously providing an insight into his quiet misery. Cinematographer, Sean Bobbitt, shades the world in the muted colours of greys, soft blues and greens reflecting Brandon’s bleak existence.

Fassbender’s performance leaves little room for anyone else to stand out. He plays Brandon with searing intensity, his face an ever changing canvas of emotion often conveyed in such subtleties as a hint of anguish behind a powerful stare. The conflict of the character is carried out right to the last frame of the film with Fassbender never losing sight of this.