By Michael McNulty Sex, Lies, and Videotape was supposedly showing at a West Berlin cinema when the wall fell and residents from the East descended on the cinema expecting to see a pornographic film. Those who stuck around to watch the film, once they realized it wasn’t a skin flick, will surely have left the […] 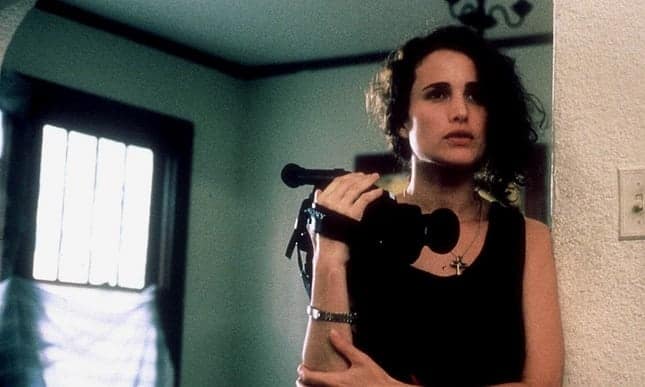 Sex, Lies, and Videotape was supposedly showing at a West Berlin cinema when the wall fell and residents from the East descended on the cinema expecting to see a pornographic film. Those who stuck around to watch the film, once they realized it wasn’t a skin flick, will surely have left the cinema all the more satisfied.

Steven Soderbergh wrote Sex, Lies, and Videotape in 8 days and secured a budget of 1.2 million (a bigger budget than many independents are often accorded) and with that a career was born, one that has seen the director become one of most impressive auteurs of the last 25 years (Soderbergh “retired” from filmmaking in 2013). But, the impact of the film doesn’t stop there. No, Sex, Lies, and Videotape provided a much needed injection of juice to the ailing reputation of the Sundance Film Festival, launched the careers of the Weinsteins and redefined the dynamics of independent film. It won the Palme d’Or at Cannes and earned James Spader a best actor win too, reviving his career, as well as giving careers to Andie MacDowell and Peter Gallagher (that’s right Sandy Cohen from The O.C). In short, it accomplished a lot.

The film tells the story of four, deeply sad, intertwined people in their early 30s. Ann (Andie MacDowell), a woman who spends her time worrying about the disposal of excess garbage and no longer has sex with her husband, is married to John (Peter Gallagher), a philandering yuppie who’s having an affair with Cynthia (Laura San Giacomo) a flirtatious bartender and Ann’s sister. Their worlds are turned upside down with the arrival of Graham (James Spader), the mysteriously seductive estranged friend of John. None of the characters are particularly likeable, each is difficult to sympathise with and they all carry with them their own baggage, but they and their relationships are strangely fascinating.

Soderbergh mimics the relationship between closeness and distance in his camera work. Scenes unfold in a naturalistic manner, the camera serving as a mechanical voyeur that captures the intricacies of the four’s troubled lives and relationships. He also sews scenes together, overlapping the end of one with the beginning of another through the use of audio. Conversations start in a scene that’s ending, reinforcing the idea that all the characters are insufferably linked together and that ultimately they will be the downfall of each other.

The foursome and their relationships all feel real, and the performances are as close to perfect as you can get. Andie MacDowell, who previous to the film had been a model, walks the line between frigid housewife and coy good-girl with the delicate confidence of a seasoned veteran of the screen.

James Spader’s turn as Graham is nuanced and deliberate, he has read his character and understood him, excellently navigating a subtle performance that could so easily have been dashed.

Sex, Lies, and Videotape could have entered into the territory that those who ventured from East Berlin to catch the film the night the wall fell had hoped to see, but it doesn’t. Instead Soderbergh has crafted a film that subtle and original. A measured insight into the complexity of relationships.