By Michael McNulty In the library of exploitation cinema there is an entire wing dedicated to Australia and sitting on one of the many shelves, undoubtedly covered in a thin coat of dust, is one of Ozploitations best offerings, Brian Trenchard-Smiths 1986 Dead End Drive-In. A Mad Max meets The Cars that Ate Paris mix, […] 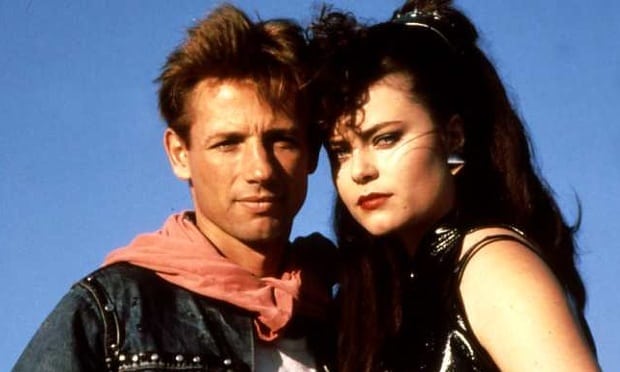 In the library of exploitation cinema there is an entire wing dedicated to Australia and sitting on one of the many shelves, undoubtedly covered in a thin coat of dust, is one of Ozploitations best offerings, Brian Trenchard-Smiths 1986 Dead End Drive-In. A Mad Max meets The Cars that Ate Paris mix, based on a Peter Carey short story and made on a budget of spare change and lint.

This is a beautifully flawed film with a plot that stands up about as well as your flat mate after six pints and a couple cheeky jaegers. Jimmy aka Crabs (Ned Manning), so named because he once thought he had crabs (turns out he didn’t, but the name stuck), is a fitness fanatic living in a dystopian, post-apocalyptic wasteland where the automotive, as they so often do in the Australian film world, holds significant value. Where groups of young hoodlums, aptly named car boys, descend like hyenas on recently wrecked vehicles and strip them for spare parts.

Jimmy’s in love with Carmen (Natalie McCurry) and one night, in a world where there’s not much to do, the two head to the local drive-in in Jimmy’s brother’s car, a 56 Chevy. They park up and its minutes before the two get to it. While things are getting hot and heavy (insert gratuitous nudity) the back wheels of the car are nicked. Upon discover the two go to lodge a complaint with the drive- in manager and it slowly transpires that they have been imprisoned in a cinema-cum-concentration camp along with a population of layabout youths subsisting on a diet of drugs and alcohol. It’s a government sponsored affair and attempt to manage an ever growing, unruly demographic. Crabs wants out and plans to escape as soon as he has a replacement set of wheels.

Dead End Drive In’s music video aesthetic is a wonder. The camp is a mish-mash of 80s punk and pop, twisted metal and burning rubber, feathered hair, leather jackets and popped collars. A trash heap of disaffected youth and pent up frustration, where victims of this forced incarceration have reluctantly resigned and become dependent on their situation, “I was four years out of work, they stopped my doll, I had nowhere to go, one meal a day if I was lucky” shouts Dave, leader of motley crew of racists.

For some, the film may not offer much beyond its stylised look and generic ant-establishment narrative, but it’s more than that. Dead End Drive-In can be read as a commentary, especially in our current climate, on the rise in anxiety towards immigration and border control. The drive-in camp a microcosm of the increased numbers of refugee camps that have popped in recent years, where groups of displaced people have been kept waiting while governments try to work out what to do with them.

Brian Trenchard-Smith’s film is an often neglected gem of Ozploitation cinema, it may sag in places, but it looks great, packs more punch than its given credit for and has an ending that should be as iconic as the Breakfast Club’s Judd Nelson thrusting his fist into the air.