“Zoology” is a film that starts off bleak but ends up becoming enchanting as it move towards its conclusion. Written and directed by Ivan I. Tverdovskiy and starring, Natalya Pavlenkova as the principal character, the story focuses on a middle-aged woman who grows a tail. This may seem like a hardship too far for many […] 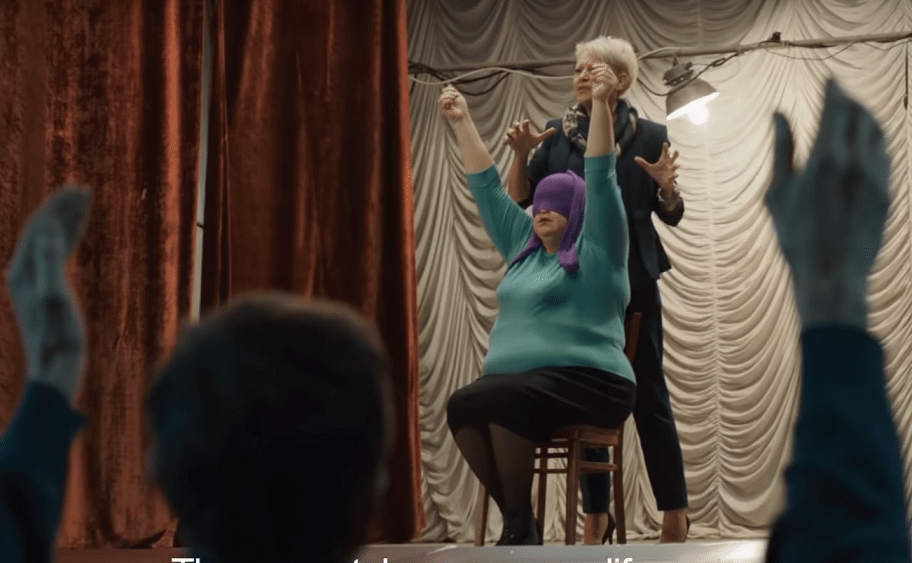 “Zoology” is a film that starts off bleak but ends up becoming enchanting as it move towards its conclusion.

Written and directed by Ivan I. Tverdovskiy and starring, Natalya Pavlenkova as the principal character, the story focuses on a middle-aged woman who grows a tail. This may seem like a hardship too far for many but in fact it appears to be both the best and worst thing that has ever happened to Natasha. The story is told in intimate detail and despite the film being a Kafkaesque fairytale the film owes much more to genre of social realism than any typical portrayal of a fairytale.

Natasha, delivered by a beautifully nuanced performance from Pavlenkova, is hemmed in in every aspect of her life. She lives with a controlling, authoritarian matriarch of a mother and her mother’s cat. Their relationship is evidently full of love but you can almost see Natasha yearning to break free from the dull clutches of her mother’s home. Natasha’s work life is not much better as she works with completely detestable women who behave like a bunch of bitchy teenage girls rather than professional women. They take pleasure in ridiculing Natasha, playing practical jokes on her and referencing her as if she wasn’t in the room.

As Natasha works at a zoo animals play an intriguing part in the film. They are used frequently as a way in which she can escape her horrible work life. It is evident that she much prefers the company of animals than people. Surrounded with the witches she works with this is hardly surprising.

The sterile, brutalist doctor surgeries that Natasha frequents to get help for her new found bodily addition are horribly depressing. They appear to have been dragged from a time period when the USSR was king and the male doctors we see operating within them act like they too are relics of a bygone era. Only the x-ray specialist, Petya shows Natasha an ounce of humanity and this sets of a chain of events that is much more in the vein of a typical, off-kilter love story. One particular scene involving nighttime sledding is delightful and you can see Pavlenkova bringing her character alive in this scene,

Natasha’s awakening and coming to terms, seemingly, with her tail is explored when the elderly members of her society and her priest spread a rumour that the devil is walking among them; ‘the tailed woman’. She evidently rejoices in adding to the rumours, stoking the flames for her own pleasure, clearly enjoying toying with the people who thought so little of her for so long.

“Zoology” is a film that is brilliant at getting you to suspend your disbelief and it treads the line of social satire and discussing what it means to be an outsider very well. This is not going to be a film for everybody and you will need to go in with an open mind but there is certainly gold to be found. “Zoology” is a touching and quietly moving film and cements Tverdovskiy as a talent to watch.