In a colonial-era South America, bureaucrat Don Diego de Zama (Daniel Giménez Cacho) is trapped in Asunción, continuously rejected transfer by his bosses. In an attempt to break out of his Kafkaesque existence Zama takes part in a dangerous mission to capture bandit Vicuña Porto (Matheus Nachtergaele), on the promise of freedom and glory if […] 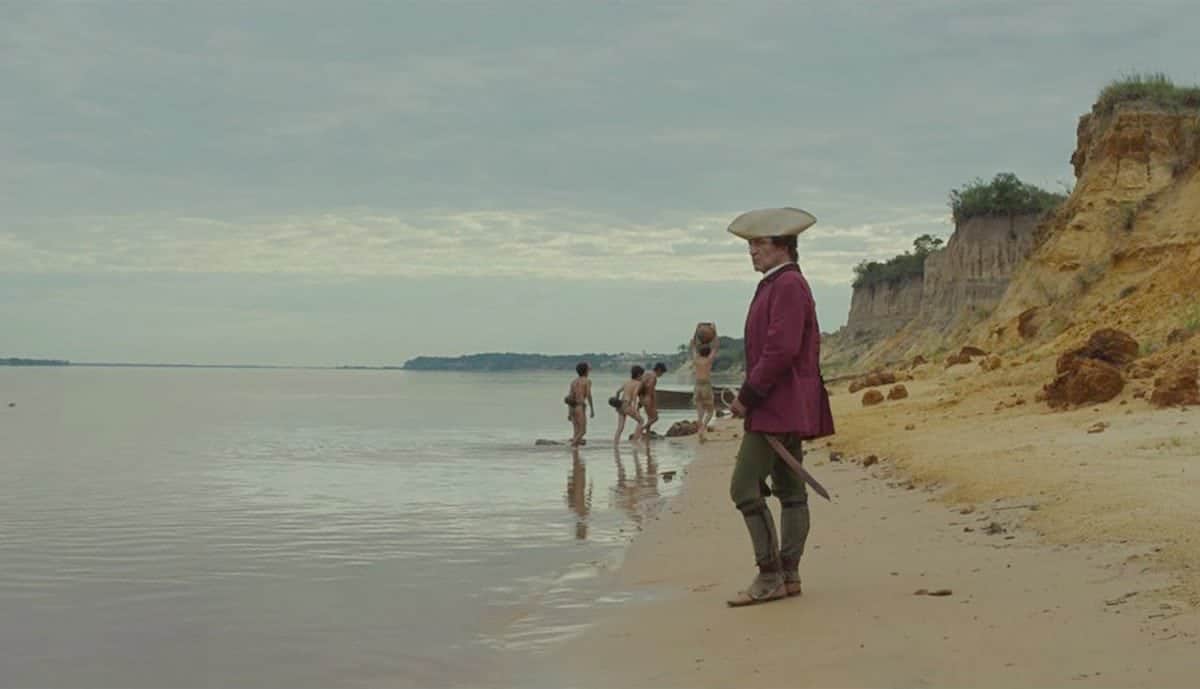 In a colonial-era South America, bureaucrat Don Diego de Zama (Daniel Giménez Cacho) is trapped in Asunción, continuously rejected transfer by his bosses. In an attempt to break out of his Kafkaesque existence Zama takes part in a dangerous mission to capture bandit Vicuña Porto (Matheus Nachtergaele), on the promise of freedom and glory if he succeeds.

In spite of the stifling surrounds closing Zama in, this is a film that can leave a viewer cold. There is a clear attempt to skewer the absurdity of colonialism, but the deliberately plotless elements can make it hard to engage. When all was said and done, I was left with the old adage, ‘well at least it was beautifully shot’.

The absurdities that director Lucrecia Martel seeps into the film, especially the omnipresence of animals, is reminiscent of the work of Yorgos Lanthimos, particularly The Lobster. This does lead to some great moments in Zama, such as when he is caught being a voyeur or when a llama walks in on one his many conversations begging to be transferred. A difference though is the black comedy of Lanthimos is more apparent, the awfulness of the situations more memorable. Here in Zama the ironic banality too often slides into actual banality.

Zama reminded me of another celebrated art film that I was underwhelmed by, Uncle Boonmee Who Can Recall His Past Lives. In both these films I didn’t find myself learning much about the politics of the surrounds, nor did the weirdness stand out. Perhaps I’m just too much a sucker for story, and only really found myself getting involved in the film and its nihilistic message when the hunt for Porto got underway over an hour into the film.

As for the attacks on colonialism, the silent judgement of the natives and the self-destruction of the colonialists makes for a pertinent point, but it’s nothing that hasn’t been seen before. There is an indebtedness to the works of Herzog in Zama, but Kinski’s madness and the absurdity of Aguirre and Fitzcarraldo can cut much deeper.

Everything in Zama does feel deliberate, and it is impressively staged. Not only are the costumes magnificent, Zama hurrying away with his furniture and horses making their way through the jungle swamp look and feel great. Alas it’s an important thing to remember with art films that just because it’s boring doesn’t mean it’s beautiful, and there is just isn’t much happening throughout the film. This is based on the 1956 novel by Antonio Di Benedetto, and I must imagine the novel dives deeper into Zama’s head than onscreen here.

Where Zama does pick up is in a solidity of acting performances. Cacho convincingly portrays the relatable agonies of middle management, and Lola Dueñas the coquettish lonely housewife wilfully unaware she is as trapped as everyone else in this purgatory. The Native Americans deliberately avoid individual characterisation, forcing home their otherness to the colonialists and the feeling that the presence of Zama is an injustice against them all.

In total this is a film where any stylistic choices or brief moments that could pique interest are over-run by a cloak of nothingness. If you’re chasing surrealism there are better choices out there, likewise if deconstructions of colonialism are your thing.