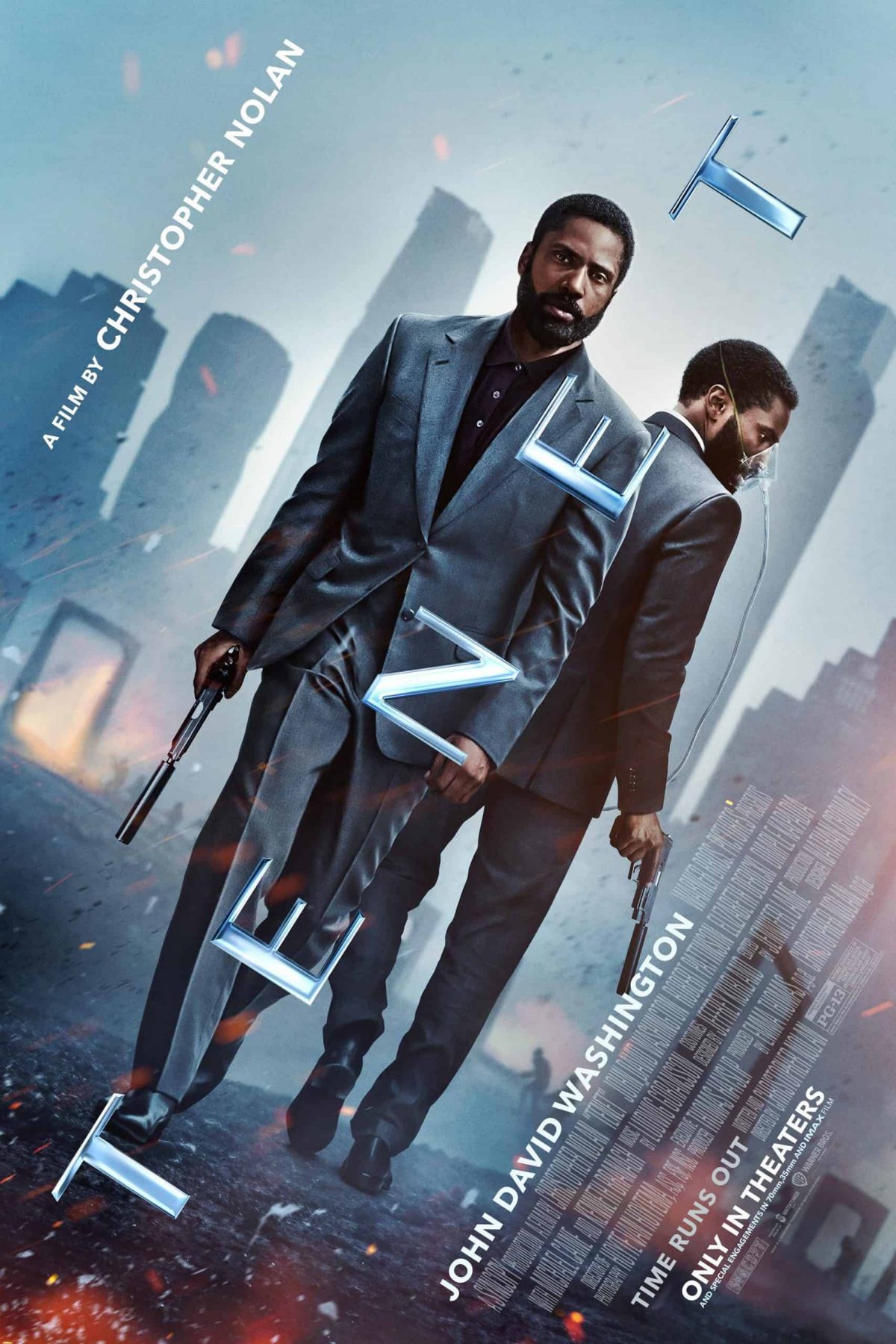 There’s no doubt about it: Tenet is a head-spinner, with a gumbo of explosions and backwards cars – but it makes for an exhilarating action romp, in which CIA agent The Protagonist (a suave Bond-like John David Washington) must battle between past, present, and future to prevent Russian oligarch Andrei Sator (Kenneth Branagh) from destroying the world.

Shot on IMAX film cameras, Tenet begins in classic Christopher Nolan-style with a tricky set-piece: the scene opens with a SWAT invasion at an opera house with people fighting for their lives, and suddenly, we’re pulled along a high-octane adventure that delves into the mysteries of time inversion. In Tenet, Nolan’s long-standing love affair with time and reality reaches a crescendo. At this stage, Nolan is operating at the peak of his powers with a finely tuned sense of showmanship, and the fun with Tenet lies in simply admiring the intricate story and the brilliant visual effects.

In recent years, Nolan hasn’t hidden his love for spy films, and given the film’s espionage plot, Tenet is basically Bond re-worked into a sci-fi movie. The Protagonist teams up with Robert Pattinson’s Neil through a fast-paced world of tech and espionage, having been informed about the secret organisation known as Tenet. It takes a while for Nolan to get past the spy stuff, before throwing in head-scrambling ideas like entropy and “temporal pincers”.

Tenet is nothing like Back To The Future. There’s no Marty McFly with a DeLorean ready to save the day, but instead, Tenet is a sprawling epic that spans the globe. And much like Inception, Nolan gives us a hand in case we can’t quite keep up it by including several scenes where one character explains things to another, laying out the different concepts and terminologies. Personally, I found all the heavy lifting to work quite well, and not something that distracts from the storytelling.

Likewise, Tenet is a very wordy film and the dialogue at times is awkwardly delivered, which means you have to pay attention to detail. It’s a thriller that intends to be complex, and Nolan wants viewers, like with his previous work, to be absorbed in all the moving parts and crack the puzzle. “Don’t try to understand it, just feel it,” says Clemence Poesy’s Laura, as she introduces The Protagonist to the concept of time inversion, in which people and objects can move backwards in time rather than forward. Granted, there’s so much to unpack in Tenet that it requires a second and third viewing. It’s hard to completely appreciate something that goes over your head, but there will likely be some viewers who are fine with all the information that the film passes out. However, it’s worth mentioning that Tenet can still be enjoyed on a surface level as it has all the hallmarks of a classic Hollywood blockbuster.

Tenet, overall, is a ferociously entertaining sci-fi spy movie that shows Nolan bending the fabric of time to stun audiences once again. It’s fast-moving, exciting, and ambitious. From arms dealers and car chases to bungee-jumping and inverted bullets, the film is one, long thrill ride. In that sense, Tenet is a crowd-pleaser. If you’re after an explosive action movie that dabbles in paradoxes and has been shot like a 007 movie, then Tenet should be on your watch-list.