French director Michel Hazanavicius, whose previous film The Artist took home the Palme d’Or and wowed critics and audiences alike, this time focuses his camera on Jean-Luc Godard (Louis Garrel) in his tragicomedy biopic, Redoubtable. Set after the release of Godard’s 1967 flop, La Chinoise, and the directors subsequent rejection of the films that cemented […] 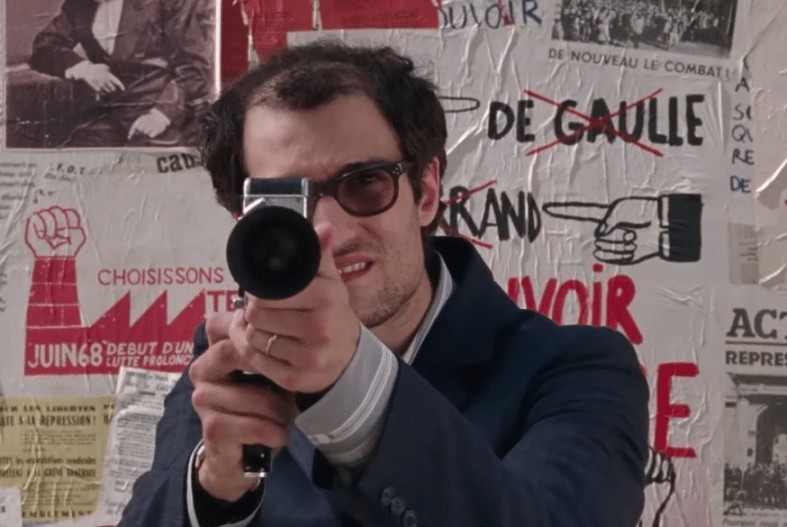 Set after the release of Godard’s 1967 flop, La Chinoise, and the directors subsequent rejection of the films that cemented him as a visionary and revolutionary filmmaker, Redoubtable centres on the relationship, and its eventual unravelling, between the famed director and his actress, writer and muse wife, Anne Wiazemsky (Stacy Martin).

Struggling to align himself with the socialist movement that saw Paris in the spring of 1968 teeter closely to the edge of social uprising, Godard is thrust into a crisis of self-examination that sees him desperately trying to redirect his filmmaking career and personal life.

Hazanavicius is said to have won the rights to make this film when he expressed to Wiazemsky, whose book, Un an après, the film is based on, that he saw it as funny.  And, he does this justice.  Louis Garrel plays Godard as a deadpan, stroppy, wannabe idealist whose privilege and bourgeois background both serve and plague him.  In trying to rediscover his identity, Godard falls down a rabbit hole of contradiction that he is acutely self-aware of, but frustratingly selective of too.  Laughs are had as he struggles with himself and becomes the victim of his own undoing.

But, the underlying sadness and ultimately what gives the film its backbone, as soft as it may be, is the impact Godard’s internal struggle has on those who surround him, specifically his young wife, Anne.  Disappointingly, this is where the film falls short and whilst Hazanavicius is unafraid in his portrayal of Godard as an insufferable man with whom it becomes increasingly more difficult to empathise with, not enough time or attention is given to Anne, whose story this film belongs too.  The further Godard’s behaviour deteriorates, the more Anne’s story becomes her husbands.

Hazanavicius injects the film with stylistic flourishes that those who are familiar with Godard’s work will both recognize and enjoy.  But, the director pushes past pastiche and into saturation, with the winks and nudges of Godard’s signature style eventually feeling more glaringly contrived than they already are.

Ultimately, Redoubtable is a love story with enough to substantiate a feature without having to dip into the familiar territory of a director’s distinctive markings and it’s disappointing that its unique perspective wasn’t more thoroughly explored.