Dominika Egorova (Jennifer Lawrence) is a famous and respected dancer for the Bolshoi Ballet in Moscow. Nate Nash (Joel Edgerton) is a CIA agent in Russia who botches a meeting with a mole. After a horrific leg break, Dominika must retire, and is persuaded by her nefarious uncle in the SVR, Vanya (Matthias Schoenaerts), to become […]

Dominika Egorova (Jennifer Lawrence) is a famous and respected dancer for the Bolshoi Ballet in Moscow. Nate Nash (Joel Edgerton) is a CIA agent in Russia who botches a meeting with a mole. After a horrific leg break, Dominika must retire, and is persuaded by her nefarious uncle in the SVR, Vanya (Matthias Schoenaerts), to become a ‘sparrow’; a highly trained sexual manipulator who can worm their way into the lonely lives of men like Nate.

Lawrence really poured everything she could into this role, going so far as to work extensively with dance coach Kurt Froman to learn ballet to a high standard. Her character is subjected to constant sexual, emotional and physical violence, and Lawrence does a decent job of balancing her character’s hidden vulnerability with a toughness necessary for survival. A film about a woman’s need to use her sexuality to survive in a world of misogynistic, abusive men could not come at a more apt time for Hollywood (Dominika’s boorish handler Maxim [Douglas Hodge] even bears vague resemblance to a younger Harvey Weinstein).

The highlight of the film is when Dominika finds herself implanted at the Sparrow Academy, a so-called ‘whore school’, mere months after she was performing on the stage. Dominika is placed under the gaze of the Matron (Charlotte Rampling), whose mission it is to degrade these subjects so as to transform them into cold-hearted machines of seduction. Dominika is at once vulnerable and manipulative, and the horrors of what she must face and the fates of her fellow women could have been examined further. I mean this not in a perverse way, but because this was the most original and shocking segment of the film.

Something of an anti-climax is in Joel Edgerton’s Nate. His performance feels slightly flat, though his character never has the chance to be elevated above the generic conflicted spy. What should be the beating heart of Dominika’s conflict between the Russian state and the ‘handsome American’ never comes through, leaving some of Dominika’s decisions unjustified and moments that should be of great intensity just feeling slightly bland. 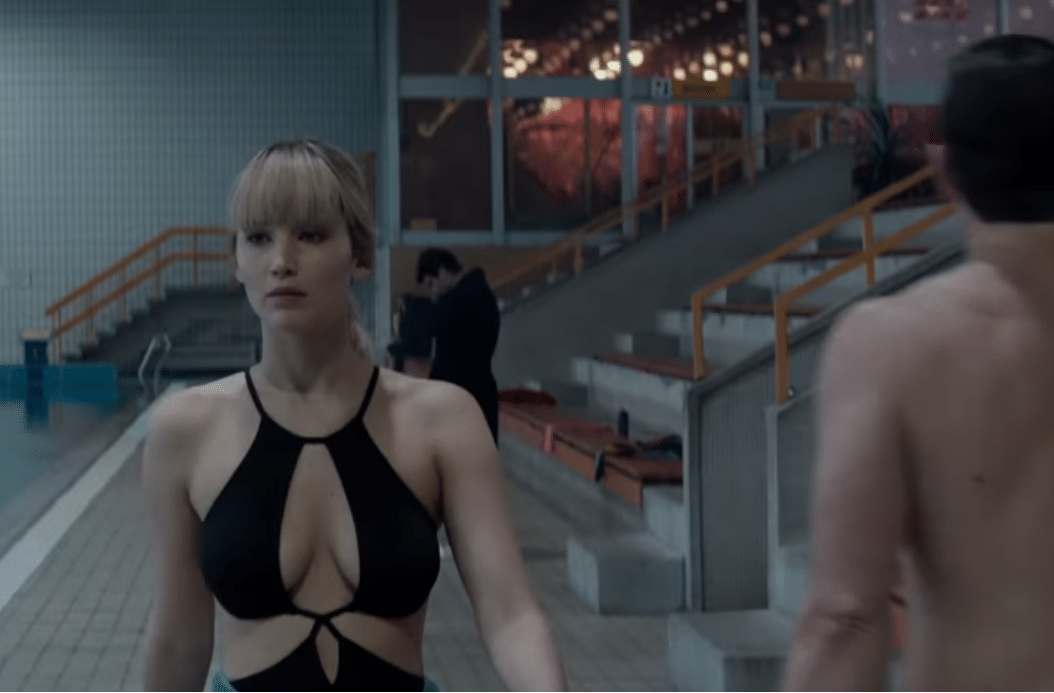 The locations – be it London, Vienna, or Moscow. have a strange Pan-European feel to them. There is modern technology, but the plot feels distinctly Soviet, all placing the events of Red Sparrow in a somewhat clinical world outside of time and space.

The combination of a lack of interest in Nate, and a multitude of twists & turns not entirely justified by the finale does lead to moments that drag in the film. Just as we are delving into Dominika’s arc as a character the audience is again whisked away to CIA boardrooms and SVR dachas.

Director Francis Lawrence (no relation) has created a competently if not spectacularly shot film, though there is one great shot of a traumatized woman prostrate before the unfeeling Matron, as well as a tense and well-orchestrated spy exchange. 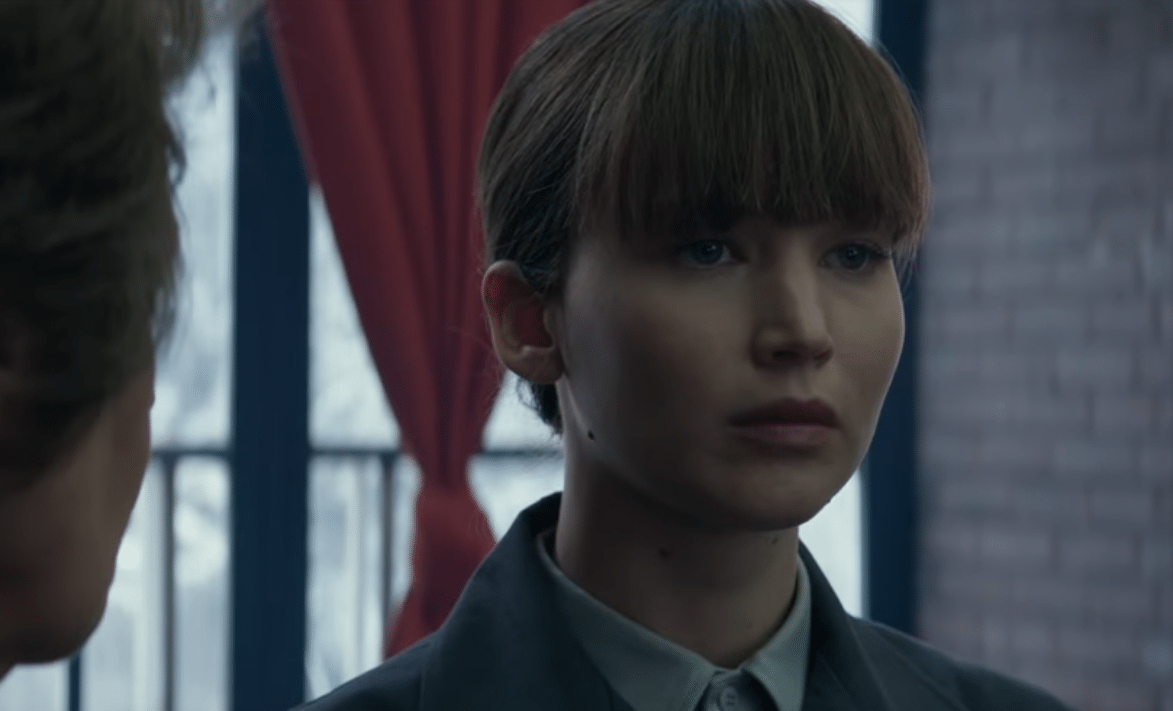 The action scenes are as visceral if not as choreographed and elongated as those in last year’s spy thriller Atomic Blonde, but also within a narrative where the stakes feel higher and with a violence that can make the stomach churn at times.

Beyond Rampling, a further highlight within the supporting cast is Matthias Schoenaerts, though with only a 13-year difference between him and Lawrence the hideous, incestuous undertone is not as exaggerated as it could have been. Jeremy Irons also puts in a solid turn as a senior KGB agent, but alas the equally fantastic Ciarán Hinds is left with little to do.

It’s a disconcerting decision to have the characters speak English with a Russian accent, especially when they speak in little snippets of Russian as if they had all actually been conversing in English the whole time. I was reminded of The Death of Stalin, where Iannucci just threw in the towel and had the cast speak with an unashamedly wide range of Western accents.

There are memorable moments in Red Sparrow for sure. It’s a shame that the film doesn’t have the confidence to stick to its strengths in focusing on the brutal transformation that Dominika must undergo from ballet dancer to state-sponsored prostitute, instead spending undue time on a fairly ordinary spy thriller aspect.