Where most stories concerning plucky underdogs either see them miraculously come out on top or heroically fail with credit and respect intact, The Mercy shows us a third outcome that is much more realistic and true to life. For more often than not our grand plans do not turn out as we may have hoped, […] 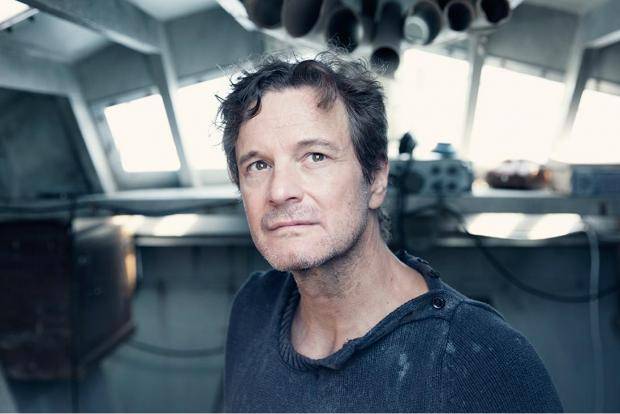 Where most stories concerning plucky underdogs either see them miraculously come out on top or heroically fail with credit and respect intact, The Mercy shows us a third outcome that is much more realistic and true to life. For more often than not our grand plans do not turn out as we may have hoped, and we are left fearing ridicule and failure. The desire to cover up our mistakes is a common one that has consumed us all at some point. It is this feeling that drives The Mercy, and those who inhabit it.

Set in 1958, the film follows Donald Crowhurst (Colin Firth), an affable Cornish businessman and amateur sailor who has a stoic belief that he can achieve something out of the ordinary. The chance to prove this belief comes in the form of the Sunday Times Golden Globe Race, which challenged sailors to navigate round the world in a single voyage.

Without consulting his wife Clare (Rachel Weisz), he enters the competition and to raise funds makes an agreement with local salesman Stanley Best (Ken Stott) that would result in him losing his business and home if he fails to complete the race. Several months later Donald sets sail, but before long realises he is incapable of completing his journey. Fearing ruin if he returns, he begins to falsify his logs, with those following the competition believing that he is on course to win the £5000 prize.

I have been critical in the past of narrative films that base their plot and dialogue on acclaimed documentaries – it is one of my reservations with director James Marsh’s previous feature The Theory of Everything, which was heavily based on Errol Morris’ documentary A Brief History of Time. While these kinds of adaptations have become increasingly common, I find them unnecessary and object to the way in which they play on audience’s reluctance to watch non-narrative films.

The same criticism could be directed at The Mercy, which shares its subject matter with the documentary Deep Water, but credit should be given to Marsh for changing the tone of the story, giving it a lighter and more compassionate outlook, and making it more cinematic and expansive.

Donald could easily have been portrayed as a fraud and cheat, who could not take ownership of his mistakes and poor judgement. Instead the charismatic Firth presents him as an affable underdog whose ambition outstretched his skill and resources. Some viewers may wonder if Donald deserves the empathy shown towards him, but the film compels us to ask ourselves what would we have done in the same circumstances.

As desperate as Donald’s situation becomes, the film is always pleasant and often charming. Firth plays the kind of cordial and optimistic Englishman that he has mastered over the course of his career. It is the kind of performance that holds no surprises, but has a comforting reliability that nicely juxtaposes the fear and desperation that Donald faces.

The Mercy is a very palatable viewing experience. The genuinely interesting real life story may be told in a fairly ordinary manner, but there is just enough nuance and charm to keep you engaged.