After beginning with The Hunger Games in 2012, the tenth and (*prayers*) final film amongst the teens facing dystopian peril YA subgenre belongs to Maze Runner: The Death Cure. The Maze Runner films have always sat somewhere in the middle, never enjoying the cultural capital of The Hunger Games franchise, nor the career destroying banality […] 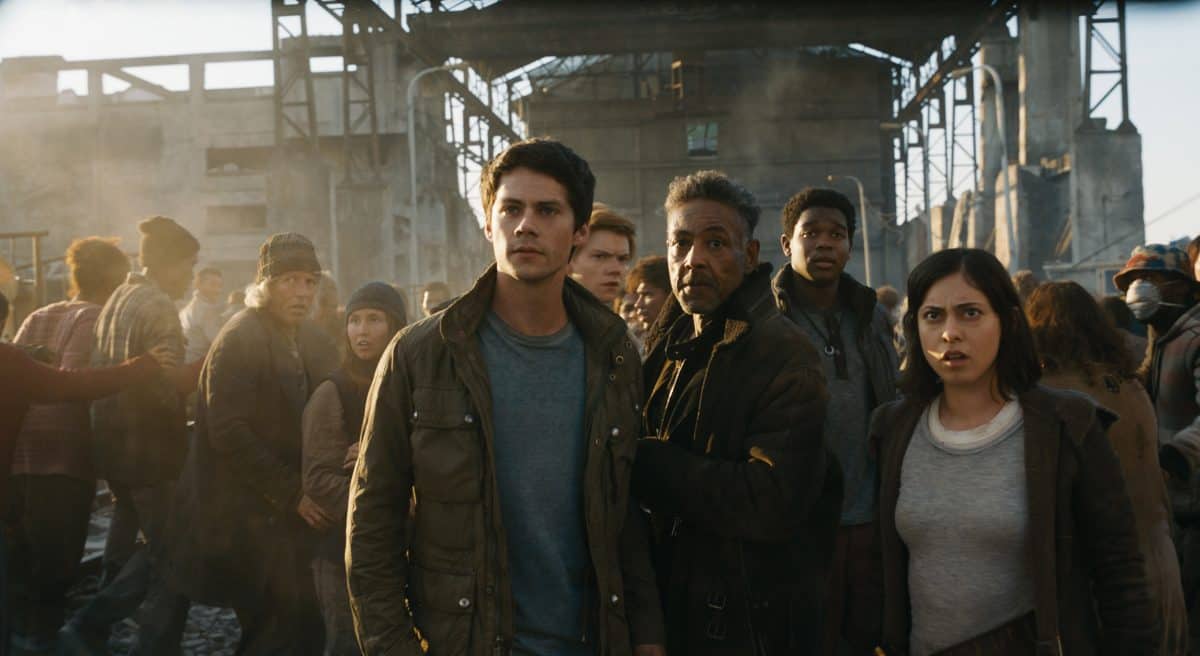 After beginning with The Hunger Games in 2012, the tenth and (*prayers*) final film amongst the teens facing dystopian peril YA subgenre belongs to Maze Runner: The Death Cure. The Maze Runner films have always sat somewhere in the middle, never enjoying the cultural capital of The Hunger Games franchise, nor the career destroying banality of the Divergent trilogy. 20th Century Fox have also had the decency to adapt the third book in James Dashner’s trilogy into one final film instead of the tiresome and mercenary practice of making two for one.

Having escaped the maze they were forced into in The Maze Runner, and escaped the WCKD corporation for a rebel commune in The Scorch Trials, Thomas (Dylan O’Brien) and company were betrayed by Teresa (Kaya Scodelario). During the ambush close friend Minho (Ki Hong Lee) was captured and sent to the last remaining city on earth, dominated by WCKD and heavily protected. Thomas and Newt (Thomas Brodie-Sangster) vow to break into the city and escape with Minho, before retiring to a long distant sanctuary.

The trilogy now complete, I still don’t know what to make of the Maze Runner films. I’ve never connected to the overarching plot, but enjoyed the action scenes and occasionally the character interaction.

The enemies are spectacularly vulnerable for an almighty corporation, and have a shooting accuracy that would make a Stormtrooper blush. This does dampen the drama, especially in an audacious opening involving the heist of an entire train carriage. More terrifying are the infected humans, and the moral quandry at the heart of The Death Cure is should childhood be sacrificed at the chance to stop a disease devouring humanity.

It’s all magnificently staged by director Wes Ball. The CG shots of the city fit smoothly into its rugged boundaries, and the explosions pulsate the cinema. It’s all so well done you’re often tempted to ignore the million and one plot contrivances and just go along for the ride, as the best blockbusters do.

Will Poulter, who deserved a Best Suppporting Actor Oscar nomination for his recent performance in Detroit, returns to the franchise here. Poulter and his devilish eyebrows are always a pleasure to see on screen, though his return as Gally isn’t really justified and a sudden reconciliation with former archenemies is likewise rushed.

The dwellings beyond the walls, for the condemned not deemed worthy for urbanisation, has a rough steampunk element to it indebted to Mad Max. King of this jungle is Walton Goggins, having fun chewing up the scenery as the deformed Lawrence. A big deal is made of how impenetrable the main city is, making it a bit jarring when Gally can help Thomas and Newt slip past the walls with ease.

Aiden Gillen is at his best when his morals are murky and he’s playing people off against each other in the manner of Tommy Carcetti of The Wire or more famously Petyr ‘Littlefinger’ Bealish of Game of Thrones. He lacks the physicality to be an out and out baddie as he is here in The Death Cure, while his sneer and Irish lilt makes it all seem a bit campy.

I had seen both previous Maze Runner films at the cinema, and was astonished by how little had stayed in my memory. An injection of fear serum into a character early on in The Death Cure is a convenient moment for some flashbacks, though they left me almost more perplexed than before.

As the film progressed and I remembered snippets a divide I could not reconcile appeared; between a first film where these kids must undergo deathly and seemingly impossible challenges, and further two set in an apocalyptic future where they are the only hope for mankind’s salvation.

If these kids were so important, why was the WCKD corporation toying with their mortal souls for years? What experiment required them to have their memories wiped and placed in a maze while the human race was being decimated by this disease? I’m sure the real fans could educate me, but I can’t be the only person left in the dark after having seen the entire trilogy.

If you’ve seen, enjoyed and can remember the first two films in this trilogy, I’d recommend The Death Cure. Likewise, if you’re an unabashed fan of the simple entertainment found in teenagers facing mortal peril. If you fall into neither of those camps, Maze Runner: The Death Cure may just leave you confused and bewildered.