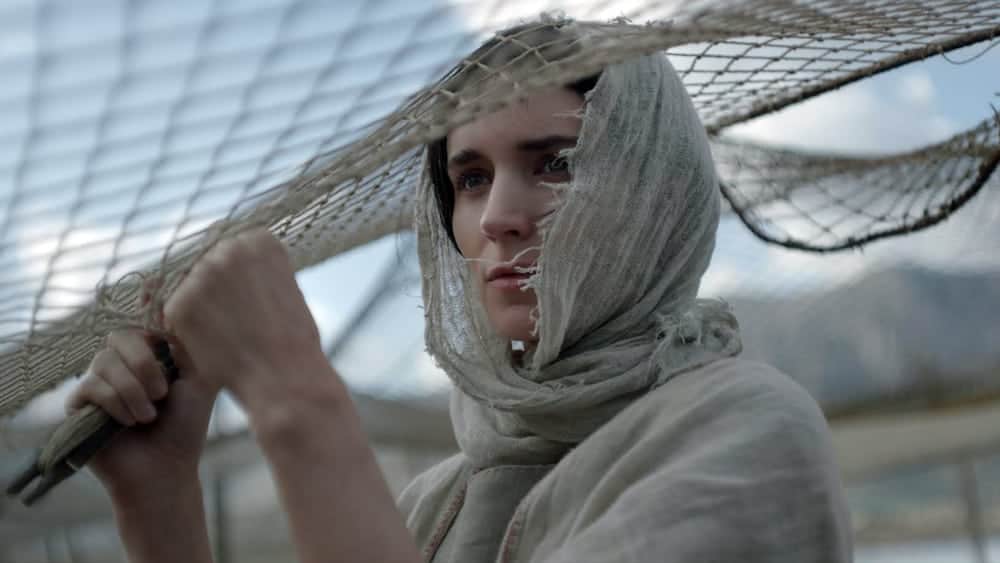 Rooney Mara plays the titular character, and for the first forty-five minutes she is in every single frame. Mara’s performance is composed and engaging. We see her lugging sheep skins across the shrub filled plains of Galilee, mending fishing nets with her sisters, and attending church. Her life seems simple & hard, and Mara brings a clear restlessness to her character. The confines of her existence is in the vastness of it rather than its proximity, she is surrounded by nothing but shrub land, sheep and her fellow women for company, it appears to be an existence that would only lead to a need for more.

In Christian teaching, Mary Magdalene is a vague and unknowable figure with Pope Gregory I’s assessment in the sixth century being the one that took hold of her narrative and one that she was a “sinful women”, which frankly seems like sour grapes considering that she’s directly named more than any other apostle in the four Gospels, and that she was the first person the resurrected Jesus appeared to. I think we can chalk Pop Gregory I up as a sexist at the very least. Both The Last Temptation of Christ and The Passion of the Christ portray Mary Magdalene’s story as one of a supposed adulterer that Jesus saves from stoning, Mara’s Magdalene on the other hand attempts to restore her place in history as someone who ended up becoming Jesus’ most loyal and needed apostle, even more so than Peter, played efficiently by Chiwetel Ejiofor. In this version of events, Mary certainly contains a feisty streak as she resists her father and brother’s attempts to marry her off with such fervour that they believe demons have entered her body and she must be cleansed via a ceremony that can only be described as a forceful baptism.

When Jesus (Joaquin Phoenix) arrives on the scene, Mary is clearly moved by his teachings and his empathy and witnessing first hand his ability to perform miracles on the starving people of Judea and tackling the jealously of other the disciples, primarily Peter. It is when Phoenix arrives that the film starts to lose its way. The major events leading up to Jesus’ crucifixion in Jerusalem are skipped over at such a pace that the film feels as if whole scenes have been accidentally deleted, with timescales and character’s motivations (especially Judas’) becoming blurred. Phoenix’s performance is also slightly questionable given his decision to speak so slowly, attempting to give gravitas to every word spoken, and in doing so the film becomes a bore and any investment in the narrative fizzles out, even the crucifixion lacks a forceful impact.

Davis’ film attempts to do good things with the story of Mary Magdalene, and she is played with spirit and finesse by Mara. Overall, however, the film is much less than the sum of its parts, and this is a shame because for a film that names itself after its titular character, Mary really gets lost in the mix.