Debuting at last year’s Cannes Film Festival, where first time director Léonor Serraille won the Camera d’Or prize, Jeune Femme is a restless look at the turbulent life of its protagonist Paula (Laetitia Dosch). She is struggling to come to terms with a break-up following a 10 year relationship with a successful photographer and is […] 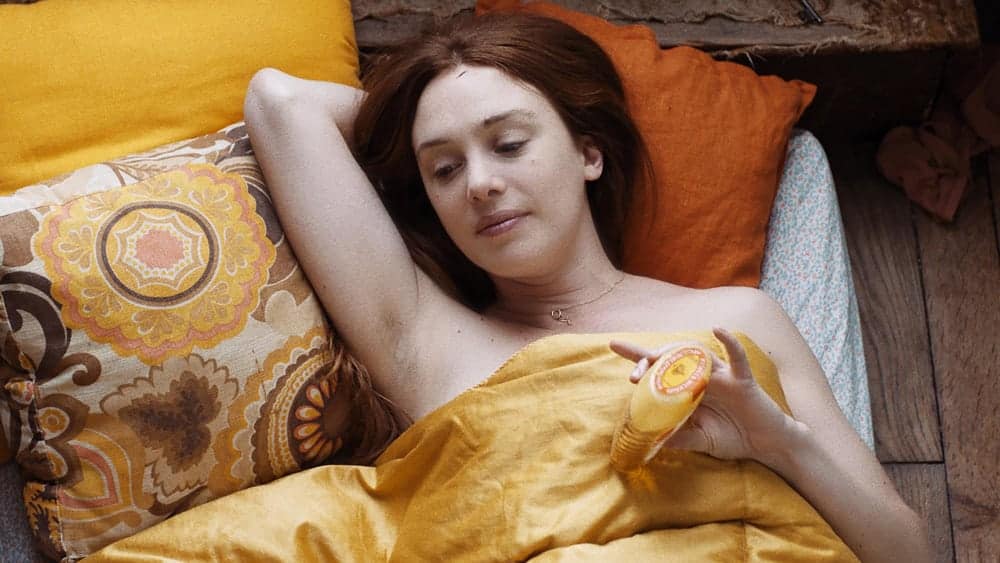 Debuting at last year’s Cannes Film Festival, where first time director Léonor Serraille won the Camera d’Or prize, Jeune Femme is a restless look at the turbulent life of its protagonist Paula (Laetitia Dosch). She is struggling to come to terms with a break-up following a 10 year relationship with a successful photographer and is ricocheting from one impulsive decision to another.

We first see her attempting to break into the apartment of her ex-boyfriend Joachim (Grégoire Monsaingeon). Her efforts are unsuccessful and only lead to a cut on the head and a trip to the hospital. Paula doesn’t spend long there and is soon hunting Joachim down once more, stealing his cat in the meantime – think Inside Llewyn Davis minus the folk music. Her actions are unpredictable as she wonders round Paris trying to find food and a place to stay.

Inhabiting a fluid identity that morphs with her whims and needs, Paula changes her story depending on the circumstances and who she is speaking to. At one point she pretends to be someone else in order to get a meal and a little money. At another she tells a doctor she is 31 when she is actually 29 after being accused of being young.

It is difficult to know what lies in store for Paula. Perhaps she is destined, much like Johnny in Mike Leigh’s Naked, to continue moving from one unpredictable crisis to another. Just as some kind of normality beckons her impulses draw her in another direction. It is a volatility that fills Jeune Femme with life and makes Paula a slightly frustrating but mostly absorbing central figure. Unlike most lead characters she has no desire to resolve the problems in her life; instead she embraces chaos and proclaims that ‘stability is boring.’

The film’s tone balances elements of comedy with parts that border on tragedy. Moments that would have been delivered with an underlying sense of irony if a filmmaker like Noah Baumbach or Wes Anderson had been behind the camera are instead filled with a raw emotional charge that reminds the viewer of what is at stake. Paula head-butting the front door of her ex-boyfriend’s apartment is in one sense a moment of slapstick humour but at the same time one where she effectively becomes homeless. Yet at no point do things ever become overly bleak. Paula has a resilient spirit that cannot be kept down too long. As misguided as her actions can be, she has a generosity that is clear to see.

While it can be difficult to know where Jeune Femme is headed, it is undoubtedly full of surprises. Plot points may remain unresolved but the present is shown in all its confusing colour.