Steven Soderbergh’s Netflix movie High Flying Bird is a sharp and layered drama set in Manhattan during a six-month lockout between the NBA and the players. The season’s come to a standstill and no one’s getting paid. Hotshot sports agent Ray Burke (Andre Holland) and his number one client, Erick (Melvin Gregg) are stuck in […] 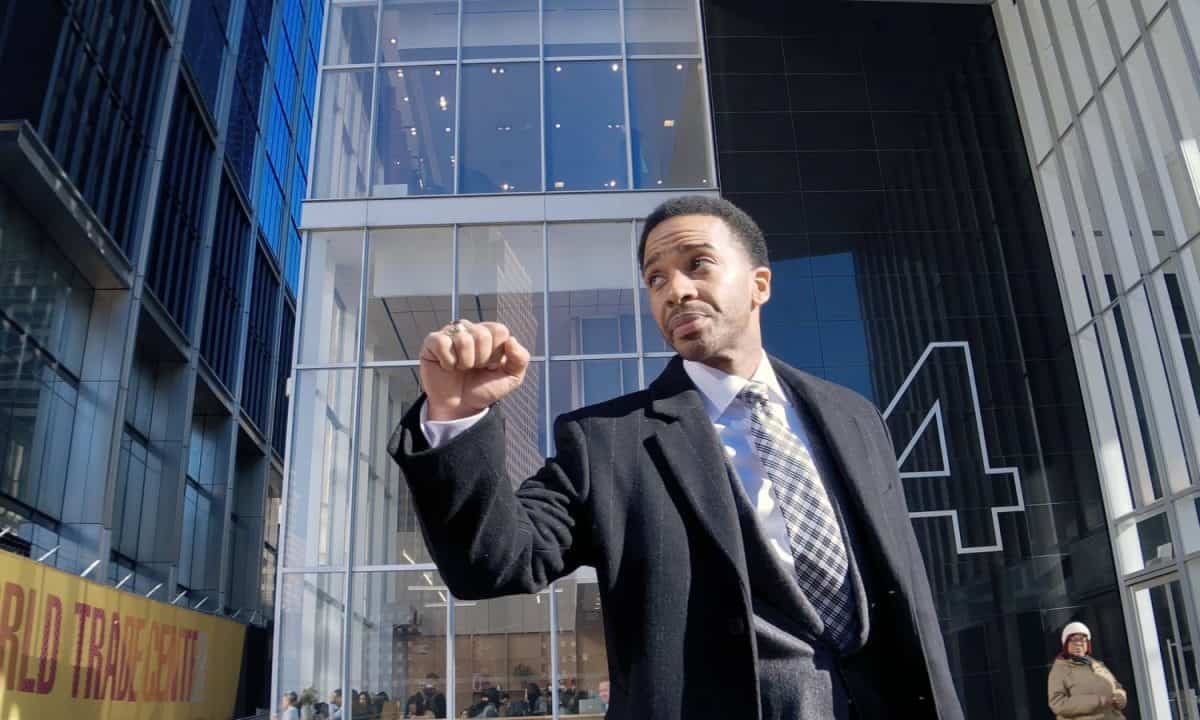 Steven Soderbergh’s Netflix movie High Flying Bird is a sharp and layered drama set in Manhattan
during a six-month lockout between the NBA and the players. The season’s come to a standstill and
no one’s getting paid. Hotshot sports agent Ray Burke (Andre Holland) and his number one client,
Erick (Melvin Gregg) are stuck in limbo as the lockout has completely neutralised their income. These
are people who are used to seeing huge money rolling in, so now their daily lives have become a
struggle due to the suspension of the game. It’s desperate times all-around.

Only Ray has a plan to disrupt the NBA and save his and Erick’s career from falling apart. The film
revolves around Ray putting his plan into action and fast-talking executives to end the lockout. High
Flying Bird isn’t just a film about basketball, which is partially what makes it such an intriguing watch.
In fact, there are no actual basketball scenes in High Flying Bird. It’s concerned with the business “on
top of the game”, as well as the intersection of race and power. In a sense, High Flying Bird is
another story about taking on the system, but the tone is always light, it’s more informative then
cut-throat.

It’s impossible not to walk away from High Flying Bird and not think about the system of professional
basketball. Most sports movies are purposely motivational with a feel-good story. Soderbergh’s film,
however, has clearly come from a place of deep research into the issues around the sport,
specifically how a group of largely white business owners are profiting from a game where the
majority of the players are African American. Still, the film doesn’t send out a clear message.
Through its story and characters, it encourages the viewer to come to their own conclusions about
the system.

As successful as High Flying Bird is as a whole, it does have some noticeable flaws. It mostly consists
of zippy conversations between the agents, executives, and players, and they’re overstuffed, to say
the least. The problem is that many of the characters are used as vehicles to discuss the film’s
themes, so they don’t quite register as real, authentic figures. Again, this movie is more about ideas
and context which may prove frustrating for some viewers.

For Soderbergh, he once again chose to shoot High Flying Bird on an iPhone, as he did for
psychological thriller Unsane. The result is a film that looks sleek and distinctive, and it possesses an
energy that you can sense on screen. It’s an experimental form of filmmaking that works wonders.

High Flying Bird certainly isn’t a game-changer (excuse the pun), but it adds a new perspective to
basketball, even if you know nothing about the sport. This Netflix movie, nonetheless, is an urgent
and incisive examination of the business end of basketball, all of which is punctuated with a social
and political vernacular.