The best thing that can be said about Happy Death Day 2U is that it does what it says on the tin: a few jump scares, some unconvincing romantic subplots and enough cliches to make it palatable for a ‘what not to’ class at any film school. Still, no-one in the audience around me seemed […] 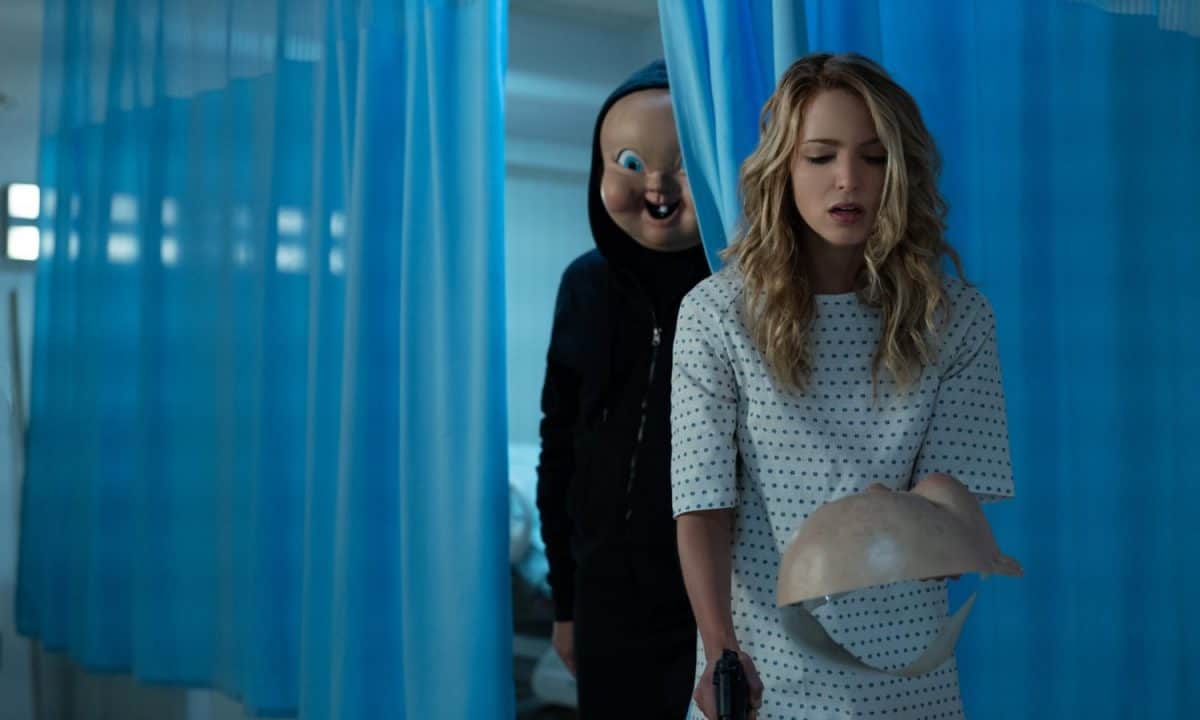 The best thing that can be said about Happy Death Day 2U is that it does what it says on the tin: a few jump scares, some unconvincing romantic subplots and enough cliches to make it palatable for a ‘what not to’ class at any film school.

Still, no-one in the audience around me seemed to expect anything different, except for the one or two walk-outs.

A sequel to 2017’s Happy Death Day, Happy Death Day 2U follows a number of hyper-smart students on a US campus, who have somehow built a machine that creates a rupture in the universe, or the space-time continuum, or something like that.

Instead of being thrilled at their ingenuity, the head of the faculty demands the machine be shut down. Only trouble is, the main female character (spoiler alert – she’s crazy!) is stuck in a time loop on her birthday which means she cannot die – she has to relive the same day anew, but somehow while also being in a parallel universe where her beloved, long-dead mother is still alive. A large part of her wants to stay with her non-deceased parent, but (d’oh) that would mean she couldn’t stay in her ‘actual’ universe – where she’s currently shagging the scruffy-but-lovable male lead.

Oh yeah, and there’s a murderous psychopath wearing a baby mask that she needs to escape from. And the time-warp machine is the only contraption that can pull her out of the loop, so long as enough equations are written on enough whiteboards. And the bad guy is British.

At least, I think that’s what happens. The plot made so little sense that my comprehension ground to a halt about 20 mins in, to the point where I can’t even remember the characters’ names. I was prepared to forgive the storyline being such a pile of cliched, confusing trash if I had sensed the film’s makers had their tongues firmly in their cheeks.

Alas, the production suffers from a major tonal confusion, where the playful sci-fi/horror fusion gives way to a mawkish dilemma about choosing one loved one over another.

Unsurprisingly, our female lead (I think her name was Twig. Or was it Tree?), chooses to get laid rather than be in a celibate universe where the mother she adores is still alive. D’oh.

This is essentially what happens when Inception fucks Groundhog Day – and to quote Deadpool, ‘There was something wrong with the relationship.’ Avoid, avoid, avoid.