The Copacabana nightclub, 1962. The rugged chief bouncer Tony ‘The Lip’ Vallelonga finds himself out of work while the club is refurbished, and agrees to drive concert pianist Dr. Don Shirley (Mahershala Ali) across country for his upcoming tour. Snags to this arrangement are that not only is Don a genteel, particular man, he is […] 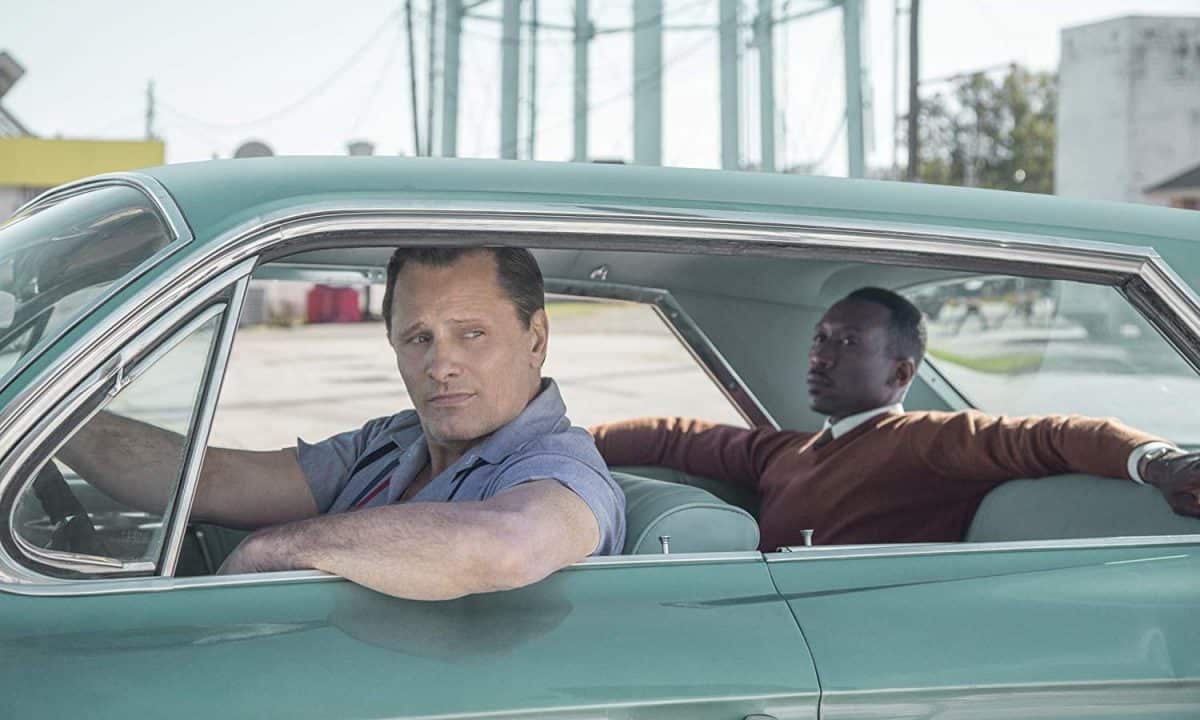 The Copacabana nightclub, 1962. The rugged chief bouncer Tony ‘The Lip’ Vallelonga finds himself out of work while the club is refurbished, and agrees to drive concert pianist Dr. Don Shirley (Mahershala Ali) across country for his upcoming tour.

Snags to this arrangement are that not only is Don a genteel, particular man, he is also an African-American who will be travelling through the American Deep South. Tony must rely on the Green Book for Negro Travellers to get Don back to New York in one piece and pick up his pay-check.

This is a film that depends on the performances of and the chemistry between the two leads. Both knock it out of the park. Mortensen fully inhabits his rough-hewn bouncer type, imbuing both with a toughness and an implicit understanding that he acts this way because this is just how his world is. Mortensen has been nominated for a Best Actor statuette for this performance, and if I had the power I’d happily give it to him.

The narrative is driven by his companion Don, and how his need for protection sparks the odd couple antics between himself and Tony. Ali is equally as capable as Mortensen in a role that could’ve devolved into sub-par Sheldon Cooper mugging if not handled deftly.

This relationship between the two is front and centre of the film, yet the oft-covered racial politics of the 1960s is confronted without being overbearing. There are moments of real intensity throughout, and the dramatic irony of the hyper-educated Singer being forced to stay in dive motels while the barely literate Tony is free to do as he pleases propels the film forward.

Just as the film captures drama through the personal development of the characters, so too does the comedy. Tony’s voracious appetite is a running gag throughout, and a highlight of the film is through his persuading Don to try fried chicken for the first time. It’s a funny film at its heart, and even the darkest moments between the pair can lead to a redemptive joy.

No film is perfect. Green Book lapses into a slightly maudlin sentimentality in the final scenes, but by then it’s pretty much earned it. More pointedly, Tony’s wife Dolores is stuck in the ‘waiting at home while the husband goes out and does shit’ position. This is a film cliche that always irritates me no end, but ever more so when it’s being played by as talented a performer as Linda Cardenelli.

That being said, this is still a hugely enjoyable film which hardly puts a foot wrong throughout. That one half of the directorial team behind Movie 43 was able to make a film that can combine heartwarming sentiment, moments of great humour, and an overt political subtext might just be the greatest surprise of the Oscars season.